Advertisement
The Newspaper for the Future of Miami
Connect with us:
Front Page » Arts & Culture » Patricia and Phillip Frost Museum of Science in Museum Park lags 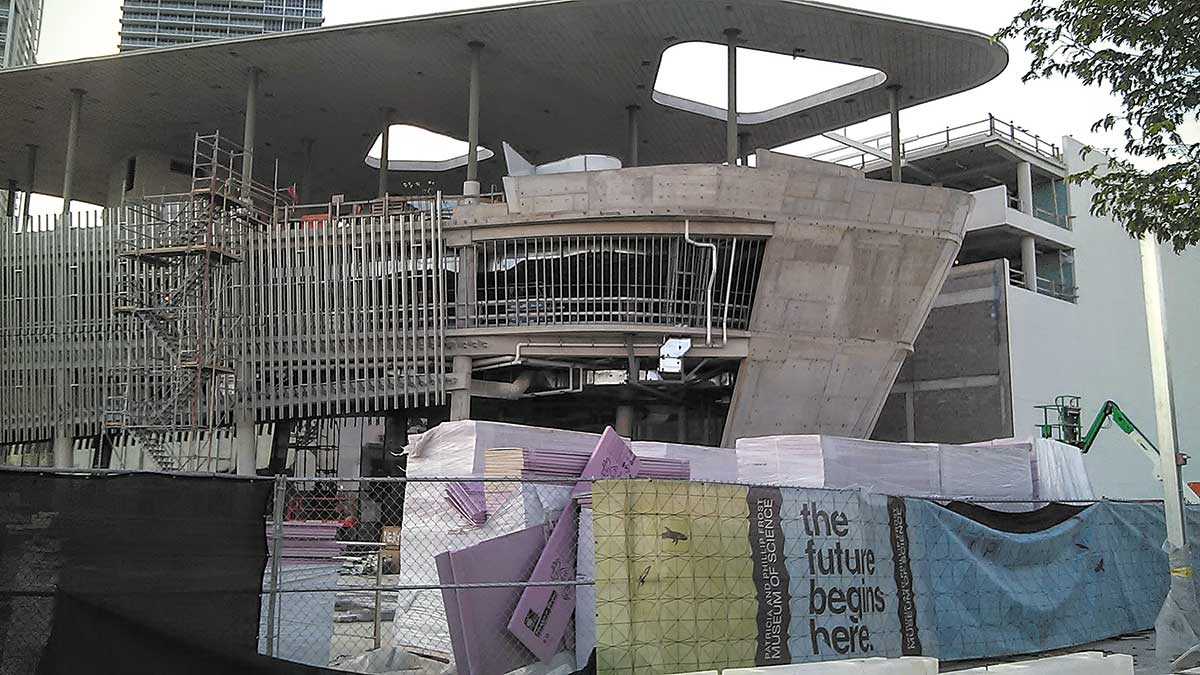 Issuance of a temporary certificate of occupancy for the new Patricia and Phillip Frost Museum of Science in Museum Park has been rescheduled for sometime in January.

In October, Mayor Carlos Giménez told commissioners that the certificate would be delivered in the third week of December.

However, the most recent report notified the museum’s board of directors that based on Skanska USA Building Inc., the project’s second and current general contractor, the certificate was now scheduled for January.

County officials say the delay won’t affect the museum’s opening date, which is tentatively slated for the middle of next year.

Michael Spring, senior advisor to the mayor and director of the Department of Cultural Affairs, said the certificate is contingent upon “getting the building to the point that it can go through inspections.”

“It’s a very complicated building,” Mr. Spring said. “There have been some light delays in the roofing elements of the building that slightly affected the schedule. There are four separate interconnected buildings, a gigantic aquarium, a planetarium – there are very complex building systems – so we have to take that into account.”

A one-month delay in a temporary certificate of occupancy, he said, is less important than making sure the building gets done properly.

The City of Miami is the permitting authority in this case and holds buildings to a rigorous set of standards before granting certificates of occupancy.

“The building has to be substantially complete,” Mr. Spring said. “The building systems need to be operable to the city’s standards. It’s a very rigorous, complex process – certainly you don’t want a building designated as ready for occupancy when it’s not.”

The $304.4 million project is to be overseen by a full museum board of directors that includes county officials.

Just over 10% of construction remains, meaning the process has moved into the intricate final stages. Progress on the infrastructure is being made incrementally – drywall is being finished in the interiors and rooftop work is wrapping up.

It will be up to the board and museum staff to reach a consensus on a date, Mr. Spring said, but the museum is undoubtedly months away from its long-awaited grand opening.