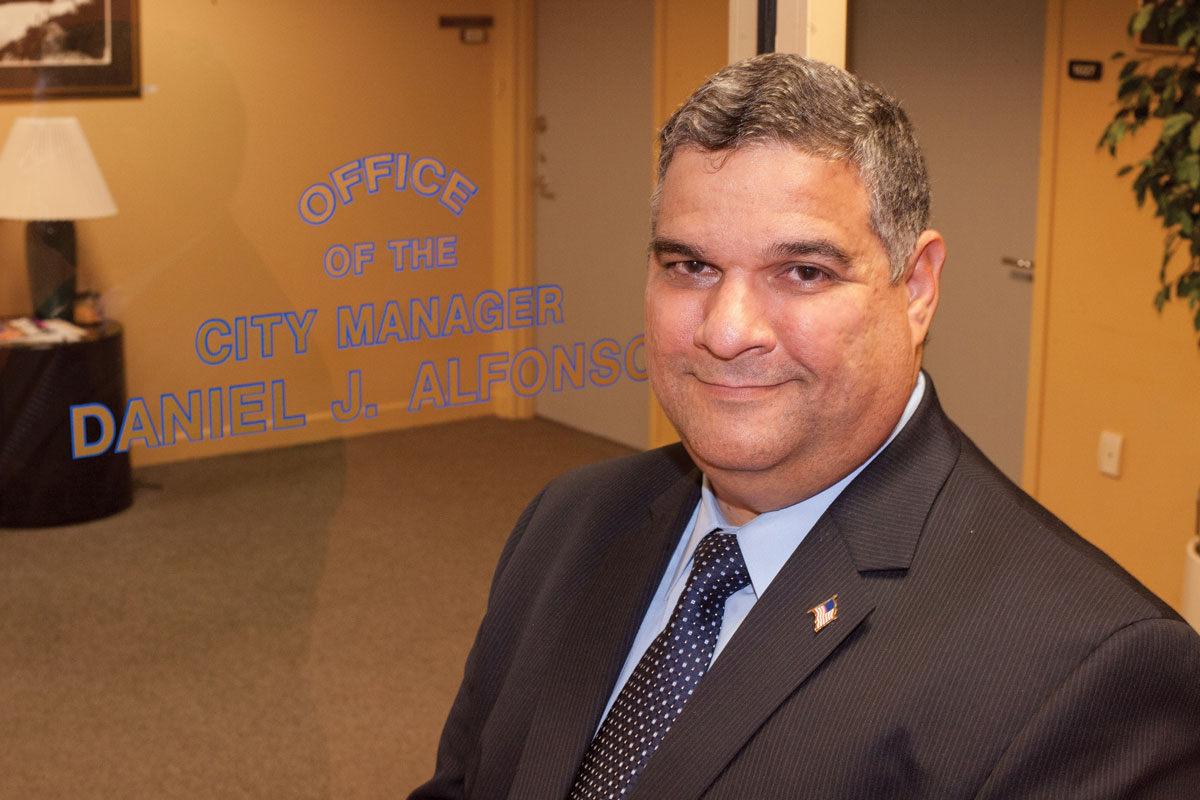 The move to remove the top administrator was launched Dec. 8 by Commissioner Frank Carollo, unhappy with allegations of mismanagement in the police department and other lingering upsets.

Mr. Carollo moved to fire the manager, Francis Suarez seconded it. In an immediate vote, they were joined by Ken Russell in favor of the firing, while Chair Keon Hardemon and Commissioner Wifredo “Willy” Gort voted no.

With a 3-to-2 vote, Mr. Hardemon announced the motion had passed.

With city officials and members of the public stirring, Mr. Suarez began discussing the new commission procure for public comment, enacted by Mr. Hardemon and criticized by a few vocal citizens.

At the same time, Mayor Tomás Regalado approached the podium and began to question the vote to oust Mr. Alfonso, trying to determine whether he would need to veto the commission’s action.

After several more minutes of discussion and review of the city charter, City Attorney Victoria Mendez announced that it takes a four-fifths vote to fire the manager.

Mr. Alfonso still had his job.

Mr. Hardemon apologized for saying the motion had passed. “Please let the record properly reflect that that motion failed,” he told the assembled.

It was a sliver of déjà vu, as the commission had considered firing Mr. Alfonso at an exhaustive meeting in April.

At that time it was Mr. Hardemon going after Mr. Alfonso, upset by his firing of a cultural center director in his district. After much discussion of the charter and the need for four votes to pass a motion to remove the manager, and after it seemed clear there weren’t enough votes to make that happen, Mr. Hardemon withdrew his motion.

Mr. Carollo has often criticized Mr. Alfonso and his staff for lack of communication with his office and over responses to requests for documents and information.

Mr. Carollo on Dec. 8 again complained of mangroves near Miami Marine Stadium cut down under Mr. Alfonso’s watch and the city manager’s office failing to deliver on a promise of a flex park with soccer fields next to the stadium.

Mr. Russell complained of Mr. Alfonso’s “strong hand of policy… and I don’t need a sixth commissioner up here.”

Mr. Suarez, as he did in April, said it was the system that needs change, pushing for a strong mayor form of government.

“I’ve not been shy to criticize the city manager and this system of government – it’s pretty much a mess,” said Mr. Suarez.

The commissioner did acknowledge how hard the job of city manager can be.

“It’s not an easy job. It takes a unique personality to succeed,” Mr. Suarez said. “What I don’t want is for us to become a circus,” he said before the vote.

He reminded commissioners that when the manager’s job was threatened in April, Mayor Regalado said if Mr. Alfonso were fired he would to put him back in office.

“I think he’s been very careful in trying to please every one of us,” Mr. Gort said. “It’s not that easy.”