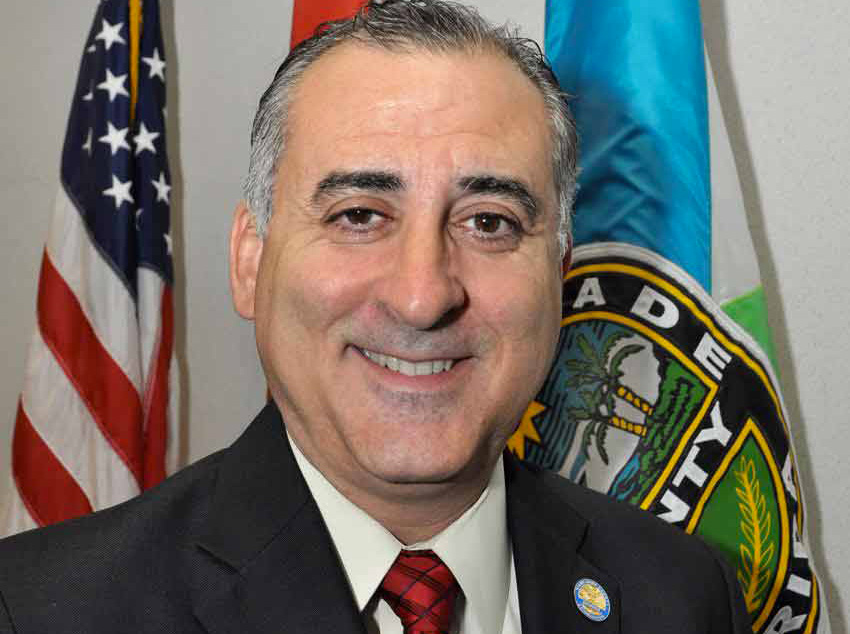 “The time of procrastination, with studies and long deliberations, is over,” he said, particularly in reference to the Strategic Miami Area Rapid Transit (SMART) plan, for which Mr. Bovo has led the charge to pick a corridor or risk what he fears is loss of the half-percent sales tax for transit projects. “I propose we have policy counsel to move policy discussions forward so this board can act.”

Before the vote for him or Xavier Suarez, who Barbara Jordan nominated, Mr. Bovo said he was in an awkward position, given his great respect for Mr. Suarez, who echoed the sentiment, complimenting Mr. Bovo for procedural strength presiding over committee and commission meetings.

After votes were counted, Mr. Suarez moved to name the chair by acclamation. It was unanimous. Mr. Bovo in turn nominated Audrey Edmonson for vice chair, saying over the past two years, in particular, during critical times she has shown her dedication to the community. The board unanimously chose her.

Joe Martinez, newly elected and attending his first meeting in the term, asked both candidates for chair during deliberations how they would guide the commission and, in particular, if they had thought about committees and membership numbers.

Mr. Bovo said he believes commissioners should serve on three committees but, after much thought, hasn’t determined how many committees to establish.

As for Ms. Jordan’s question of how both candidates see the SMART plan moving forward, Mr. Bovo said unless the county secures a sustainable funding mechanism, there are no corridors. “That’s where we have policy discussions,” he said. “All [six] corridors are important and must be completed but, without funding, all we can do is continue talking about them.”

Mr. Bovo also spoke of social issues the commission must solve. “I don’t know how I would react if a child in my neighborhood was shot while playing outside and if [the problem] became an epidemic in my district,” he said. “It’s not an easy problem to fix, but… we must empower families to take back their neighborhoods, whether it’s improving police presence or just providing moral backing.”

A profound education goes on when one sits in a commission seat, Mr. Bovo said. “I do not want to face kids years from now and say we failed.”

Outgoing chairman Jean Monestime complimented the presentations of Mr. Bovo and Mr. Suarez in the selection process. “Gentlemen, that was a great job interview,” he said. “And the position comes with extra work but not extra pay.” All commissioners get $6,000 a year.