Advertisement
The Newspaper for the Future of Miami
Connect with us:
Front Page » Government » Congress is to vote on extending the EB-5 program

Congress is to vote on extending the EB-5 program 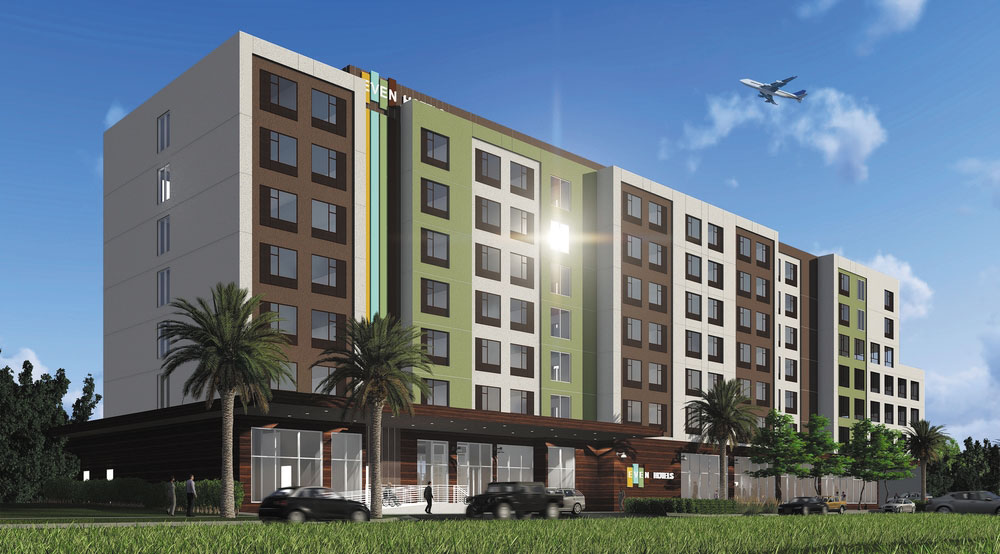 Congress is to vote Friday on extending the EB-5 program, which grants foreign investors permanent residence for the right price. In the minds of local experts and developers who rely on it, an extension is all but guaranteed – securing the continued development in industries from restaurants to hotels.

Congress created the EB-5 Program in 1990 to stimulate the US economy through job creation and capital investment by foreign investors.

In 1992, Congress created the Immigrant Investor Program, also known as the Regional Center Program. This sets aside EB-5 visas for participants who invest in commercial enterprises associated with regional centers approved by US Citizenship and Immigration Services (USCIS) based on proposals for promoting economic growth.

Under this program, entrepreneurs – and their spouses and unmarried children under 21 – are eligible to apply for a green card, or permanent residence, if they make the necessary investment in a commercial enterprise in the US and plan to create or preserve jobs for qualified US workers.

On Sept. 29, President Obama extended the regional center program through Dec. 9, at which point the program would expire unless Congress extends it.

However, experts in the field are highly optimistic and anticipate that there will be another short-term extension by Congress into February or March 2017.

“It is anticipated that the EB-5 law as it currently exists will be extended through a continuing resolution, which we expect will be passed by Congress and which will preserve EB-5 as it currently exists through sometime of March 2017,” said Julian Montero, a partner in the Miami office of Arnstein & Lehr and a member of the firm’s Immigration Practice Group.

“What is important about EB-5, first of all, is that it brings jobs to the community,” said Noel Epelboim, CEO and president of Epelboim Development Group, “and secondly, it brings economic activity to the country and to the city.”

“As a developer, the Miami area is very important because it has been a way to finance my projects with less expensive funding and in a situation where banks are usually backing off from financing because of the current environment in the real estate market,” Mr. Epelboim said.  “Without EB-5, it would be very difficult to develop hotels because banks and lenders are not very aggressive right now.”

The minimum investment in a commercial enterprise required by an EB-5 investor is $500,000 and there must be evidence that the enterprise will create at least 10 full-time positions.

“The jobs have to be created by US companies,” said Mr. Montero, who works with the firm’s EB-5 practice team. “Foreign investors always invest in domestic companies, creating jobs in the US, and there’s a whole industry and network of foreign conferences where US companies will attend and explain their project to try to reach out to foreign investors… so these investors can learn about projects and invest.”

“In the EB-5 scheme,” Mr. Epelboim said, “investors invest in an enterprise or company that is already developing a project that generates these jobs, and the investor has nothing to do but invest $500,000 into a company.”

Most EB-5 investors, Mr. Montero said, are wealthy entrepreneurs who are busy managing activities in their home countries and have $500,000 to invest in US projects managed by more established businesspeople. They tend to become passive investors instead of taking on the burden of starting a new enterprise.

A significant majority of EB-5 funds currently come from China, Mr. Montero said, with upwards of 80% of the money currently invested seeking EB-5 hailing from there.

“There are a lot of Chinese people with money that are interested in coming to the US,” he said. “Many of them select the US because of the education opportunities for their children. Many other countries have similar programs like EB-5, so there’s a competitive marketplace to capture these sophisticated wealthy investors.”

Mr. Epelboim, who is developing the 190-room EVEN Hotel one mile from Miami International Airport, said that most EB-5 capital is used in commercial developments, with the hospitality industry being especially attractive because it’s the asset class that creates the most jobs.

The EVEN Hotel has seen $12 million in EB-5 capital invested by 24 investors.

“I don’t know that many of us that are active in the industry believe that Congress will allow this program to die,” Mr. Montero said. “The understanding is that the new administration is very supportive of EB-5… It would have very negative consequences [if it’s not extended]. Obviously, it would mean that the US is closing its doors on exactly the type of people we are seeking to attract: successful business owners.

“If we want to have and foster immigration, EB-5 is the perfect example of the most desirous way to do it.”