Advertisement
The Newspaper for the Future of Miami
Connect with us:
Front Page » Healthcare » Baptist Health South Florida standardizing all practices 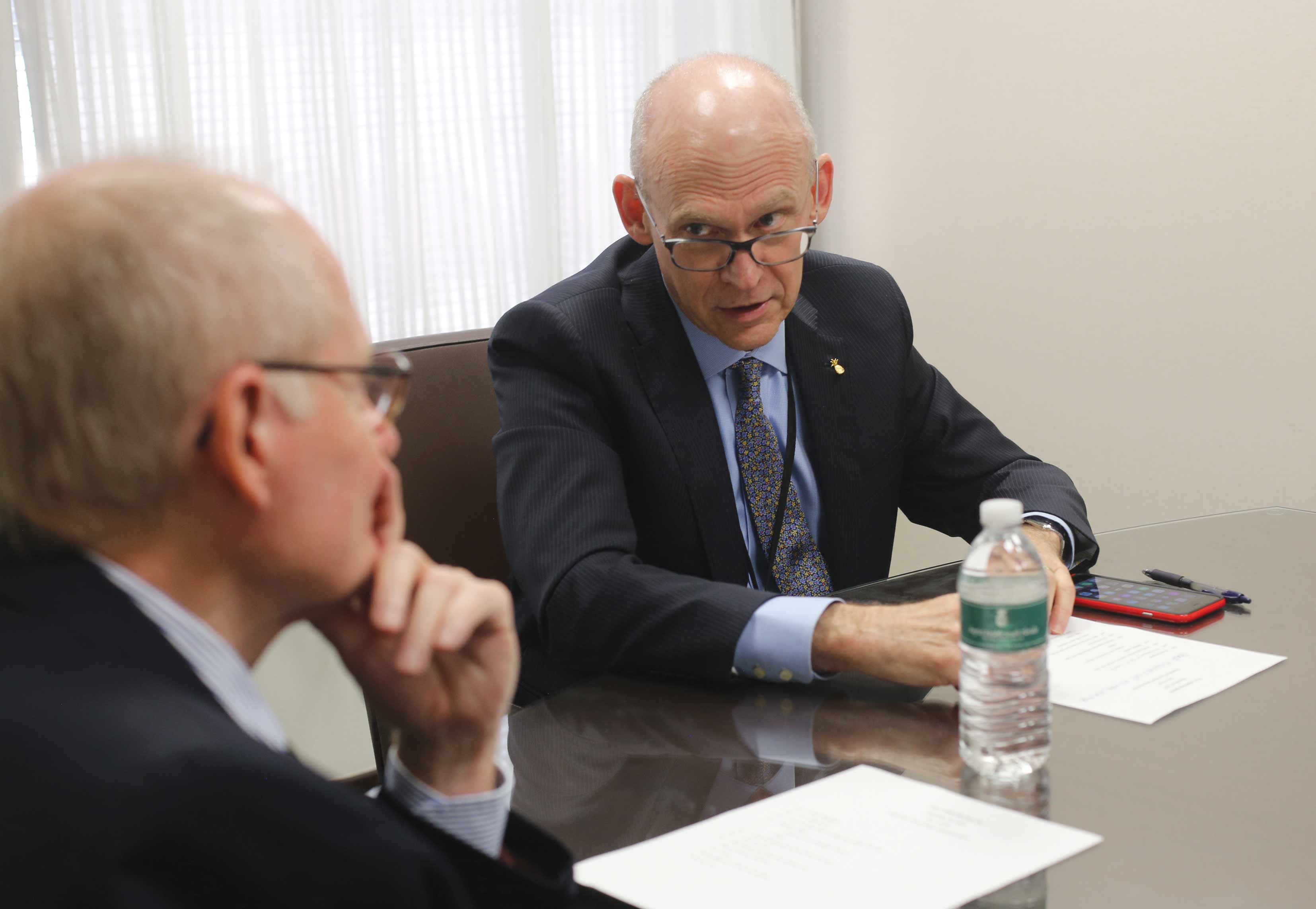 Baptist Health South Florida has found a way to put medical evidence to work for its patients, creating a committee to oversee the standardization of medical practices across the clinical care network.

Evidence-based clinical care is a systematic approach developed to assist practitioner and patient decisions about appropriate health care for specific clinical circumstances. The model emphasizes the use of evidence derived from research and stresses that decisions and policies should be based on empirical support, not just the beliefs of practitioners or administrators.

In Baptist’s case, the healthcare provider was interested in establishing practices that would be consistent across all Baptist facilities – eliminating all variations and ensuring that a patient would receive the same clinical approaches whether visiting West Kendall Baptist Hospital or Brickell Urgent Care or any other part of the system.

“What we do is look at it with a laser focus on quality. Without the quality we won’t ever survive. We won’t be doing what we want to do,” said Jack Ziffer, executive vice president and chief medical officer for Baptist Health South Florida.

“At some point you have to figure out how these things roll out and what is important to do,” he said. “Ultimately, implementing and sustaining it is important and has been one of the challenges of several key institutions.”

“They have been striving to do this since the mid-1980s… not just in one hospital but system-wide,” Dr. Ziffer said. “It has been profoundly important in them achieving very high-quality patient care and patient satisfaction and substantially improve in removing unnecessary costs.”

The entire evidence-based approach is overseen by the 40-member Evidence-Based Clinical Care Committee comprised of Baptist’s senior-most leadership, including administrators and executives.

“All of this is for performance improvement – to perform at the top of our game medically,” Dr. Ziffer said.

Ultimately, half the committee members are physicians and the other half administrators, he said.

“It is the body that defines the standards. We meet between every two weeks and once a month, depending on the rate that the information is coming to us.”

An article partly titled “Health Care Mythbusters” released by the Scientific American magazine challenges the belief that the vast majority of what physicians do is backed by solid science.

“But we must question them because these beliefs are based more on faith than on facts… Only a fraction of what physicians do is based on solid evidence from Grade-A randomized, controlled trials; the rest is based instead on weak or no evidence and on subjective judgment,” the article stated. “When scientific consensus exists on which clinical practices work effectively, physicians only sporadically follow that evidence correctly.”

Dr. Ziffer believes that to be true.

“What we think is well known really isn’t,” he said. “We can’t rely on physicians to know what the evidence is. There is so much information from so many places.”

Both the physician and administrative leaders of the Miami Cardiac and Vascular Institute are on the committee and were tasked with identifying the available evidence about certain diseases.

“Then, they bring it to the committee and say ‘We want to have a standard of care consistent for the treatment of patients for heart failure,’” Dr. Ziffer said. “We need to look at what variations are in our system for heart failure. With that, we defined what standard of care should be provided and the resources to potentially avoid readmissions.”

“It’s not just saying ‘Our standard is patients shouldn’t be readmitted.’ That’s just a statement. It’s surveying our entire system and [identifying] what problems we’re facing in heart failure treatment.”

The process from an idea for an improvement to a systematic system-wide standard of care is rigorous.

First, the committee vets the proposed standard of care. Afterwards, it’s sent to the medical education collaborative for comment. It’s then returned to the committee, which makes any necessary tweaks. It’s then passed over to the system’s quality and safety committee, which – hopefully – voices its support. Finally, it lands in the hands of the Board of Trustees, which endorses the final approach.

The first standard of care “played out” about two weeks ago, Dr. Ziffer said. It’s the “crises standard of care” and details how Baptist hospitals system-wide are to respond in times of crisis, whether it be a strong hurricane – like 1992’s Hurricane Andrew – or a “medical catastrophe” – such as the 2009  H1N1 influenza virus pandemic.

“We would potentially face a tremendous overloading of units,” Dr. Ziffer said. “We need to be able to get more ventilators and more space to support critically incubated patients, so now we have processes in what our standards are in a crisis… but we had a huge head start on existing standards that just needed some revision and systemization.”

A more specific example of the emerging standards of care is the operating room tray during hip replacement surgeries, he said. There was a tremendous variation of tray setups among surgeons, but one of the key pieces for a good outcome was ensuring that the appropriate tools were on every tray. Thus, the healthcare group standardized the hip replacement surgeons’ tray.

However, the healthcare group is careful to not eliminate leeway for physicians and nurses to customize care for specific patients.

“Evidence is developed on broad-based patient trials,” Dr. Ziffer said. “There’s evidence that kids with earaches may not need antibiotics… but that data is for a population of patients and there may not be data on specific patients. So what the physician needs to do is… ask themselves, not necessarily what the evidence is, but always as ‘Is my patient fitting that body of evidence?’ A doctor could say ‘This kid deserves antibiotics.’”

The expectation is that the general standard of care is adhered to 75%-80% of the time.

The group is rolling out a single enterprise-wide electronic server to hold all patient medical records that will give healthcare providers a predominant single source of patient data.

Currently, the Evidence-Based Clinical Care Committee is working on developing systematic standards of care for heart failure and chest pain; sepsis, a potentially life-threatening complication of an infection; breast surgery, and back and spine surgery.

“Evidence-based clinical care is something that’s profoundly important for medicine,” Dr. Ziffer said. “It’s great and everyone has become enthusiastic about it.”