Advertisement
The Newspaper for the Future of Miami
Connect with us:
Front Page » Government » Voters may decide on Virginia Key marinas 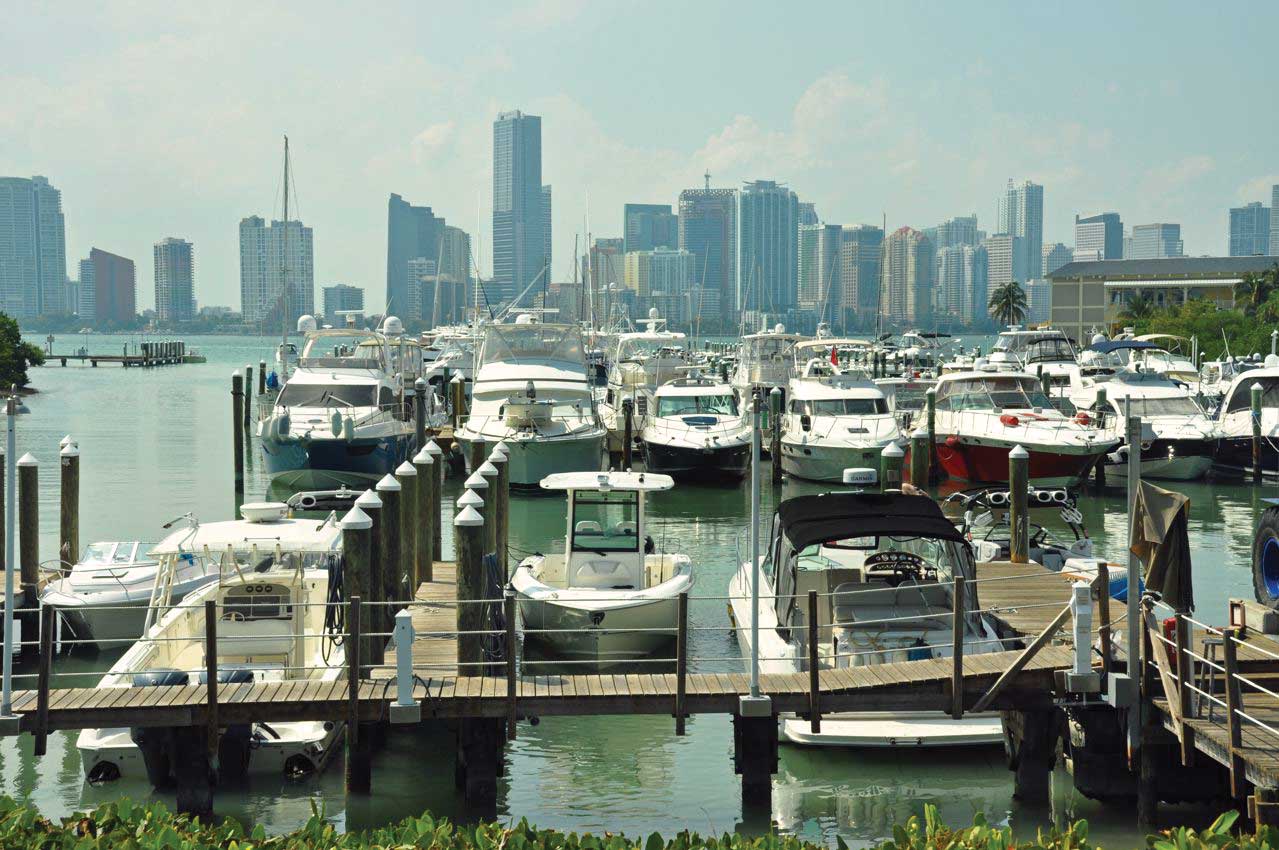 If everything falls into place, one year from now voters in the City of Miami will get to decide the fate of marina development on Virginia Key.

City commissioners on Nov. 17 discussed a new request for proposals being prepared by the Department of Real Estate and Asset Management, for a redevelopment and management plan for the two marinas northwest of Marine Stadium.

Commissioners also approved a $45 million special obligation bond proposal to borrow money to fund stadium renovation and improvements, among other work on the barrier island, most of which is owned by the city.

Commissioners may be asked to vote on a new bid solicitation package for the marinas at their next meeting Dec. 8.

City Manager Daniel Alfonso said the new request for proposals needs to stay on track in order to afford enough time for review and approval so the proposal – including the vital lease of the city-owned property – can be placed on the November 2017 ballot by the county.

The lease of city-owned waterfront property must go to referendum.

The request for proposals process would need to be completed in July to make the November ballot, he said.

The bid solicitation must be active for a minimum of 90 days, and once the proposals are received, there will be a 60-day review period, said Mr. Alfonso.

The request for proposals was a discussion item Nov. 17, along with a report from CBRE Valuation & Advisory Services recommending the city not take the risk of redeveloping and managing the larger marina known as Rickenbacker Marina.

Without a vote, commissioners indicated they would follow that recommendation.

The idea to have the city itself develop and manage what’s known as Rickenbacker Marina arose from the dust of a bidding war that entangled three private developers and the city for months.

CBRE analyzed the potential redevelopment of Rickenbacker and Marine Stadium marinas by either the city or the private sector.

The firm’s conclusion: “In our opinion, there is a very high risk of financial loss to the city associated with hidden costs and a very lengthy permitting process associated with the redevelopment of the south basin and the development of the [larger] north basin. Based on these risk factors alone, it is our opinion that the city should not undertake the risks and unknown costs associated with attempting to develop and operate the subject. Rather, the private sector is better suited to redevelop based upon their marina specific experience and expertise.”

The conclusion is rooted in the potential high cost of dredging and mitigation as part of redeveloping both the larger marina and smaller Marine Stadium Marina.

A private firm operates the marina that fills the basin northwest of the abandoned stadium. The city has worked for years to line up a new operator.

In June 2015, the city requested proposals to build and operate two marinas, dry storage, wet slips, at least one restaurant and more.

After several long, contentious meetings, the battle culminated July 20 when commissioners voted 3 to 2 to throw out all proposals and seek new ones.

Immediately after, the commission voted unanimously to direct the city manager to study whether the city’s Marinas Division should operate, develop and manage a new city marina on Virginia Key.

“This is Round Two,” said and Daniel Rotenberg, director of the Department of Real Estate and Asset Management.

“That’s all right. That’s the way it should be,” said Commissioner Francis Suarez.

Successful redevelopment and management of the Rickenbacker Marina and the smaller Marine Stadium Marina are key to the city’s plan to pay off $45 million in special obligation bonds for the restoration of the stadium, shuttered since 1992 after Hurricane Andrew.

Revenue from the marinas and from an as-yet-undefined flex park adjacent to the stadium will help to pay off the debt, city officials said.

“We need this [marina redevelopment] to fund the debt we just approved,” said Commissioner Ken Russell. “We’ll need the marina to perform.”

Mr. Russell said they need to move forward with the new request for proposals and make certain to get the new Virginia Key Advisory Board involved in the process, along with public review and input.

The restoration of Marine Stadium has been a long time coming, and approval of the funding was a delight to the many residents in the audience who spoke in support of renovating the waterfront venue.

“Bring that wonderful facility back to life,” said Steve Wernick, chair of the city’s Waterfront Advisory Board.

“People want it,” said Don Worth, a long-time champion of restoring the stadium. If done right, a renovated Marine Stadium could be “one of the great open air venues in the world,” he said.

“With today’s vote you can show the world that the city is serious about restoring the stadium,” he said.

Mr. Worth advised that commissioners should work to devise a use plan for the site. “We need a business plan – it will not rent itself,” he said.

Miami-Dade County Commissioner Xavier Suarez told commissioners they needn’t worry about the stadium being put to good use.

“Please, don’t worry about operations there. If you build it, they will come,” he said, borrowing a line from the movie “Field of Dreams.”

A former mayor of the city, Xavier Suarez said a former city manager wanted to demolish the stadium back in 1992.

“We fought to save it,” he said. “It is a spectacular facility.”

He has since worked to get some money for restoration. County commissioners have approved about $3 million to go toward the work.

“It’s a jewel – it really is,” Xavier Suarez said. A restored stadium can host art and music events, serve as an open air chapel, host rowing competitions and much more, he said.

The Virginia Key Advisory Board recommended the $45 million bond proposal and requested that plans to spend those funds for restoration of the stadium and the development of the surrounding areas be brought before the advisory board for recommendations by it and the public.

5 Responses to Voters may decide on Virginia Key marinas