Advertisement
The Newspaper for the Future of Miami
Connect with us:
Front Page » Top Stories » Miami Marine Stadium restoration on table 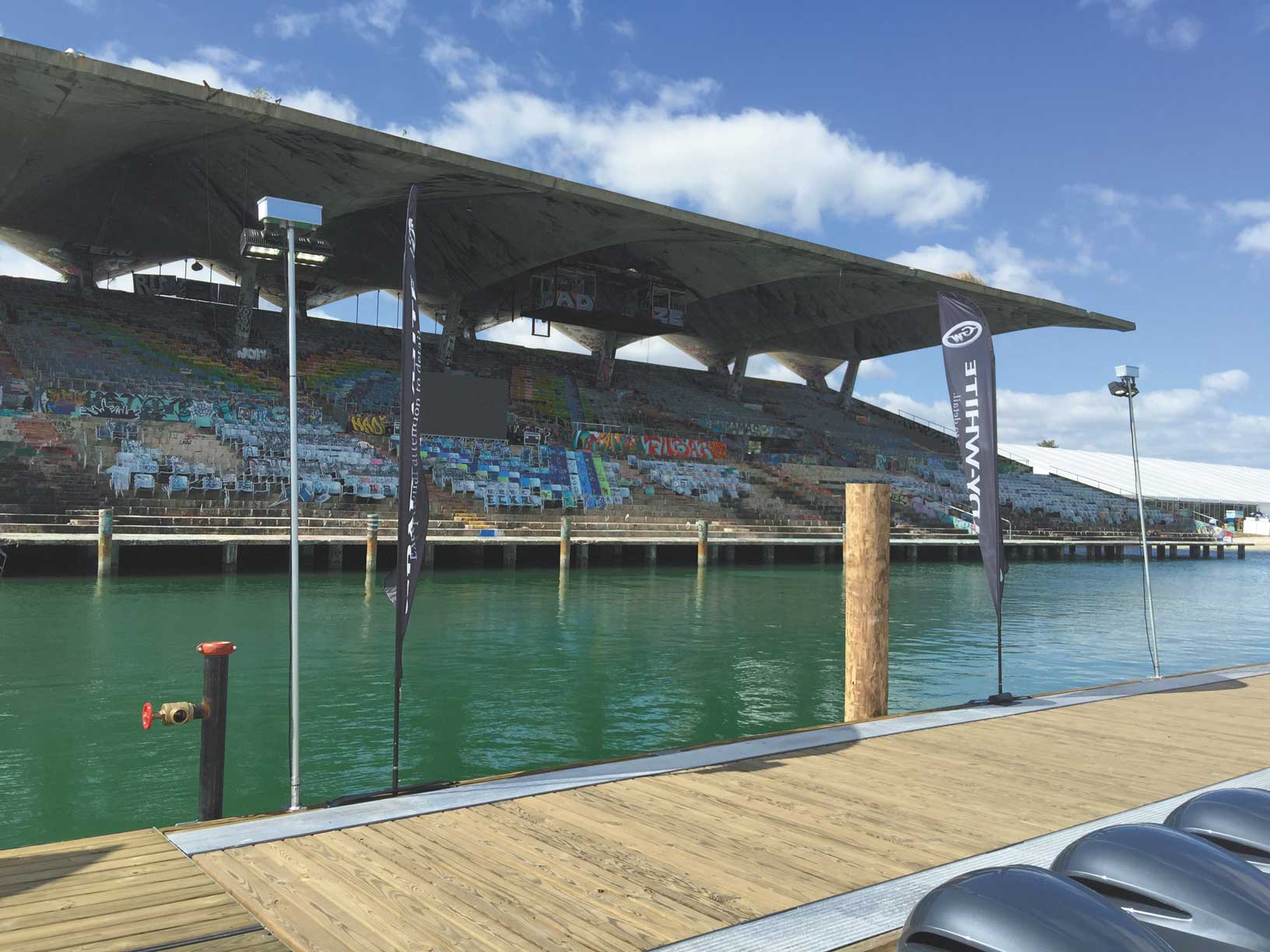 Weathered and worn, Miami Marine Stadium begs for a rebirth.

The City of Miami’s elected officials have affection for the aging concrete monolith on Virginia Key and each supports its restoration.

But deciding how to pay for the expensive salvage operation, and how the historic stadium would be used, have been major stumbling blocks.

The city shuttered the waterfront venue in 1992 in the wake of Hurricane Andrew. For nearly 25 years the stadium has remained closed, gathering grime and graffiti.

At a meeting today (11/17), city commissioners are to discuss a $45 million bond proposal to borrow money to fund stadium renovation and improvements, among other work on the barrier island, most of which is owned by the city.

The resolution, prepared by the Office of Management and Budget, declares the official intent of the City of Miami to issue $45 million in tax exempt and taxable special obligation bonds to reimburse itself from the proceeds for city funds advanced for expenses incurred with capital improvement projects at the Miami Marine Stadium and the associated Welcome Center and Museum Complex.

In a background memo on the proposal, City Manager Daniel Alfonso notes the long-held desire of city leaders to restore the iconic stadium.

Mr. Alfonso said his staff  has prepared a preliminary scope of work and cost estimate including renovating the form, materials, features and character of the stadium as it appeared in its original likeness during the 1960s; potential removal of inconsistent or unsafe structural features; structural repairs or replacement of the upper-structure and substructure; incorporation of new electrical, mechanical, lighting, sound and plumbing systems; Americans with Disabilities Act accessibility; restoration or replacement of the seating; removal of asbestos as necessary, and construction of a Welcome Center and Museum.

“We are requesting approval to begin the process of issuing a Non-Ad Valorem Special Obligation Bond (or similar financing mechanism) including both taxable and tax exempt financing as appropriate, in the amount not to exceed $45 million,” wrote Mr. Alfonso.

“Staff would expect the bond to have a repayment schedule of 15 to 20 years and pledge funds from any available Non-Ad Valorem sources (such as the Local Government Half-cent Sales Tax Program) with a covenant to budget and appropriate to repay the debt service from the General Fund,” according to the city manager.

City commissioners may also discuss a staff analysis of all revenues and expenses on Virginia Key.

The new Virginia Key Advisory Board recently recommended the $45 million bond proposal and requested that plans to spend those funds for restoration of the stadium and the development of the surrounding areas be brought before the advisory board for recommendations by it and the public.