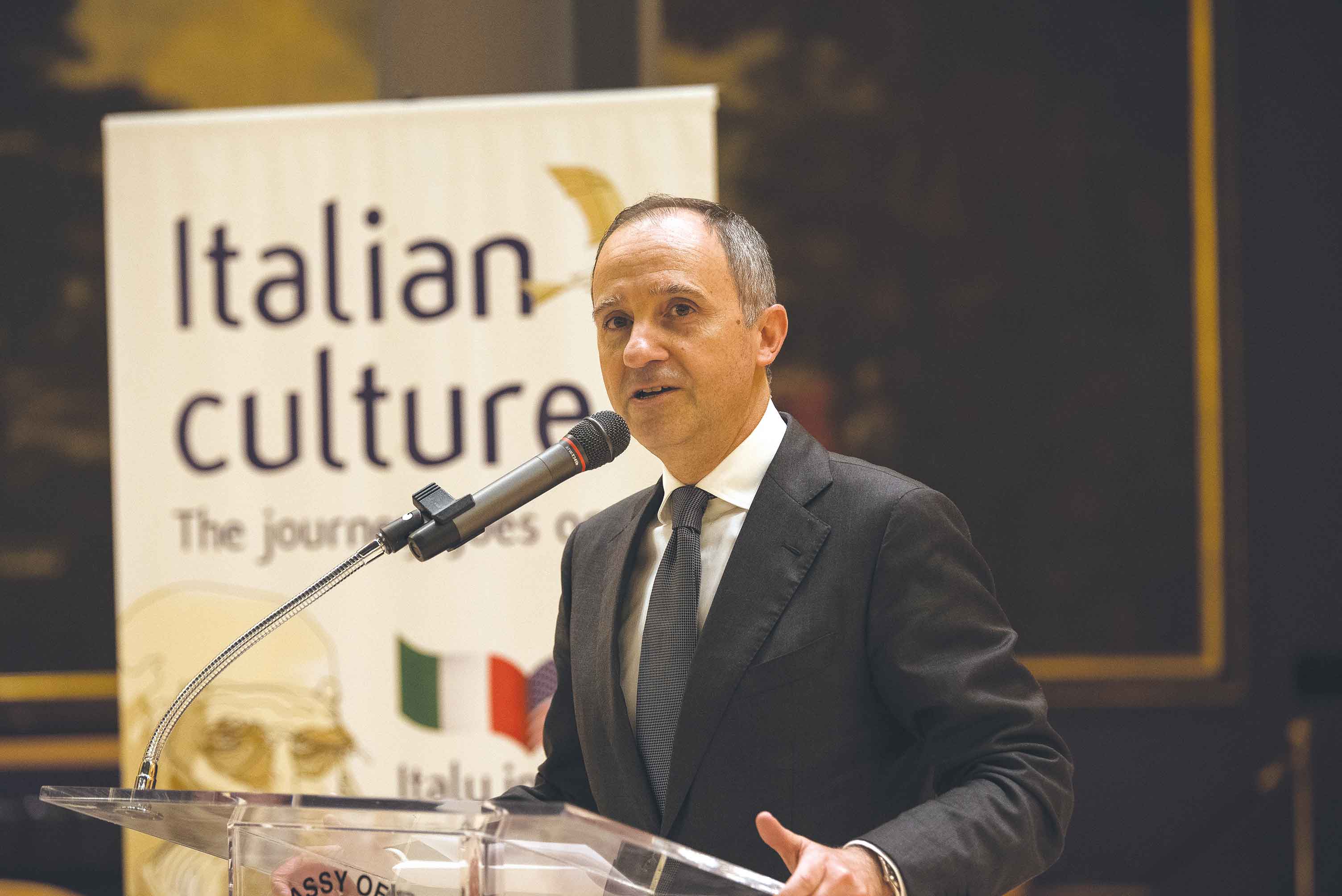 Italian Ambassador to the United States Armando Varricchio this week made his first official visit to Miami since easing into his position in March. He made stops to better understand the Italian influence in South Florida and brainstorm ways to strengthen the nation’s presence here.

After his Saturday arrival, he visited PortMiami and made a stop at the Fort Lauderdale International Boat Show.

The Italian marine industry is an important component of the country’s links with South Florida, Mr. Varricchio said.

The Divina was the first MSC vessel to serve the North American market and provides cruises to the Caribbean year round.

“The Italian cruise industry is particularly active here,” Mr. Varricchio said, “and the Italian marine industry is a very important component of the boat show.”

“We have always had a traditional presence in South Florida, but I can see, even since my last visit in 2004, how much this presence has increased, not just in terms of numbers but in quality,” he told Miami Today. “So I can see huge potential, and as the ambassador of Italy, I’m more than interested in exploring opportunities.”

Growing investment interests by Italian entities will spur the need for an increase of a larger Italian presence. As South Florida’s economy grows and more Italian developments are attracted to the area, there is expected to be an increase not only in human capital but in physical presence.

As Miami Today reported in August, an unprecedented 500 Italians a month are registering as foreign residents within the Consulate General of Italy in Miami’s jurisdictions throughout the Southeast US and Caribbean, with most settling in to call Florida home.

“This is an important trend that I noticed throughout the most dynamic parts of the US,” Mr. Varricchio said. “On top of the many millions of Americans of Italian descent, what we can see nowadays is the growing presence of a new generation of Italians who find here opportunities.”

“Very often they are highly educated and highly skilled, so when they arrive here they can find new job opportunities in the most attractive positions,” he said. “In the case of the Miami area, and generally speaking of South Florida, of course this is a sign of the ability of this part of the country to attract talented people. There’s a growing economy, and a growing economy attracts the best and brightest.”

In 2014, Italy exported $40.8 billion in goods and services to the US, accounting for 8% of Italy’s total exports.

Nonetheless, Mr. Varricchio said, there is room for improvement.

“I think we still have to do something in terms of increasing our investments,” he said. “We have important activities in the health sector and of course we have many consumer goods, but I think that we might explore opportunities in infrastructure and public works.”

Miami has earned its reputation of being the gateway to the Americas by way of its enduring trade and tourism relationships with many countries in Central and South America.

According to Mr. Varricchio, this facet of Miami can only serve as a magnet for Italian businesses.

“When it comes to large investments and prominent business operations, you always want to position yourself in areas that provide access to larger markets – so not just local or national, but broader than that,” Mr. Varricchio said. “Miami is a natural gateway to Latin America, where we have a trade presence in many countries, on top of a traditional presence in South American countries.”

“Now we are strengthening our relationships with Mexico,” he said. “We have many Italian companies who have made many important investments in Mexico. Miami in this respect is an interesting observation point.”

The ambassador also commends Miami’s openness to outsiders and its “natural ability to present opportunities for an inclusive society where different components can bring their own identity and their own contributions.”

All in all, Mr. Varricchio said, there is nothing but positive growth on the horizon for ties between South Florida and Italy.

“Italy is also interesting for American investment because we are a springboard for [gaining] access to a larger European market,” he said. “And then, given our location, we provide access to the Mediterranean and Eastern Europe.”

“What we cover between Italy and Florida, because of our geographical positions, are very large markets, and the opportunities are there for a natural connection.”