Advertisement
The Newspaper for the Future of Miami
Connect with us:
Front Page » Government » Talks to unclog Brickell Avenue bridge traffic stall 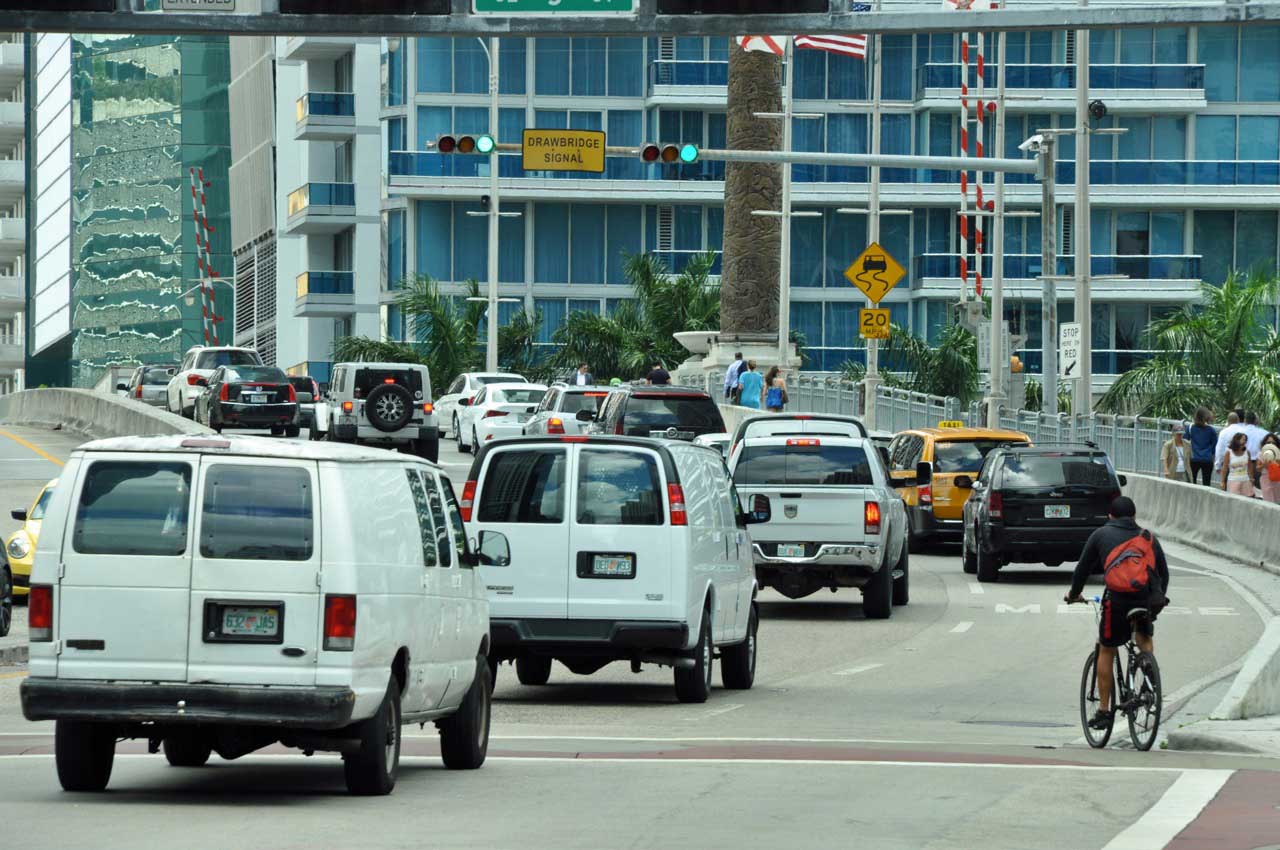 As downtown traffic slows, movement has also stalled in a Downtown Development Authority, Florida Department of Transportation and US Coast Guard struggle over what the authority says are improper bridge openings – particularly of the Brickell Avenue bridge – that jam roadways.

The authority wants current restrictions enforced and would prefer longer rush hour periods when the bridge would be locked down, barring openings for marine traffic.

Eric Riel Jr., Downtown Development Authority team leader for planning, design and transportation, told board members Friday that the Coast Guard is working with the University of Miami on a marine study and that the state transportation department is also studying the issue.

“The Coast Guard has just fallen on the ball, in my opinion,” said board member Richard Lydecker, senior partner of the Lydecker-Diaz law firm. He has been active in the controversy, having lawyers from his firm research the issue pro bono.

“We don’t need more studies,” he said. The Coast Guard can change a rule temporarily to gauge the effects on marine traffic and the marine industry without doing studies, he said.

In July, things looked hopeful for a bridge opening solution when the development authority’s detailed list of requests was sent to both agencies, accompanied by a letter of support from Dennis Fernandez, state transportation department structures maintenance administrator for District 6.

“This is a good path moving forward,” Ken Russell, Miami commissioner and authority chair, said in July. “We’ll try to set up a conversation with the Coast Guard, but it’s a delicate game of chess.”

Last Friday, Mr. Russell said he has been speaking with the river commission, “which is on the opposite side.” The river commission has said that restricting openings will harm the marine industry and has enlisted US Rep. Ileana Ros-Lehtinen on its side. Meanwhile, Mr. Lydecker has won support from Sen. Bill Nelson, who has responsibilities for Coast Guard oversight.

“We’re going to come to a solution without going to war,” Mr. Russell said. “I see a willingness there.”

“We cannot capitulate on the hours,” Mr. Lydecker said. “Nobody can tell me that two extra hours would hurt the industry up-river.”

All that has to happen, at least initially, is for Barry Dragon, chief of the Coast Guard’s Bridge Branch, “to tell the guy in the booth to follow the rules,” he said. “The city needs to push this.”