Advertisement
The Newspaper for the Future of Miami
Connect with us:
Front Page » Government » Miami River tributaries clean-up years behind 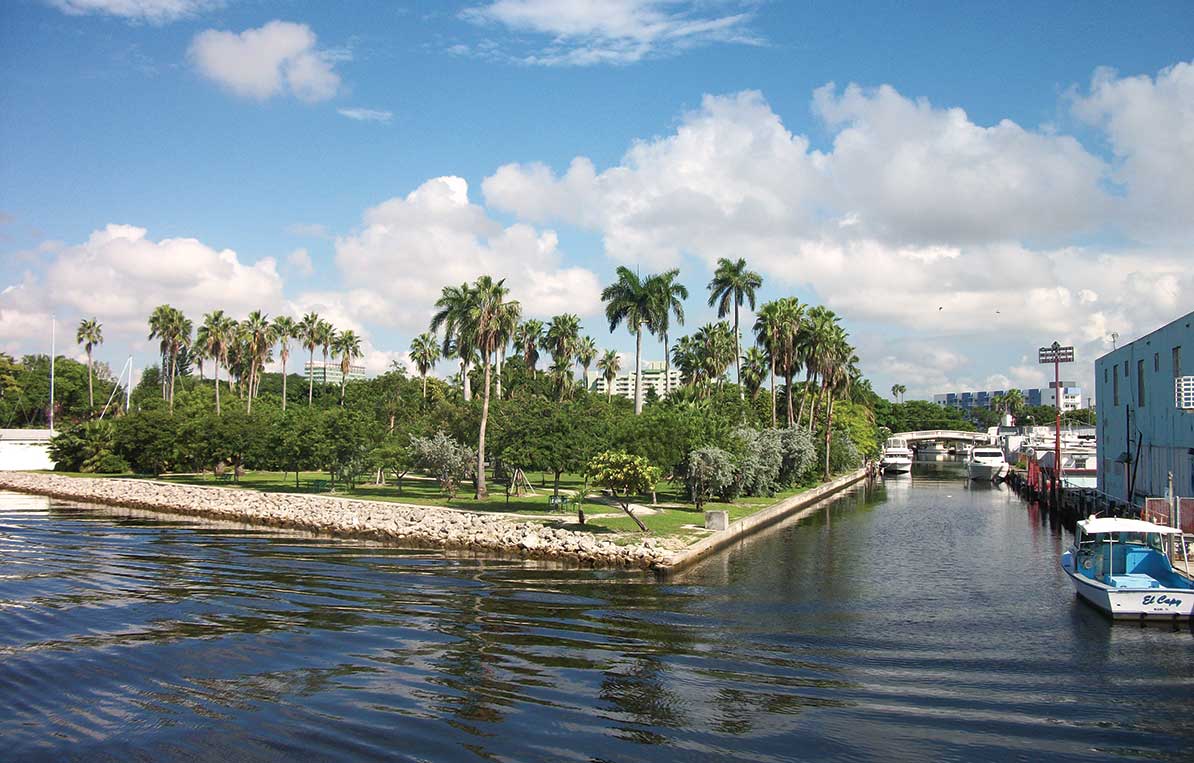 Even though the City of Miami has lined up the permits and money for a $23 million dredging and clean-up of Wagner Creek and Seybold Canal, work has not yet started.

That would be two years after the city commission approved the Wagner Creek and Seybold Canal Maintenance Dredging and Environmental Cleanup Project.

The delay lies with difficulty in hiring a company to do the work.

After the city commission approved the job in 2015, the city’s procurement department requested proposals and two companies bid. But after months of the companies tangling over which met or didn’t meet bid specifications, the city threw out both bids and started over, said Horacio Stuart Aguirre, chair of the river commission.

But because of the continued bickering between the bidders, he said, city staff determined that the best course was to start over.

This summer the city again requested proposals, and Mr. Aguirre learned last week that two bids are under review. Asked this week by Miami Today when he anticipates the clean-up to start, Mr. Aguirre said, “My guess is January.”

The delays are costing the city more money.

At its Sept. 22 meeting, the city commission approved a second amendment to a contract with CH2M Hill Constructors Inc. for project management and oversight of the Wagner Creek and Seybold Canal project.

It took years to assemble all the necessary permits and money. Those efforts appeared to culminate in late 2014, when the city commission on Oct. 7 approved the first amendment to its contract with CH2M, increasing the amount by more than $2.4 million, to total up to $3,409,588.19.

The memo that explains last month’s second amendment reads: “The current remaining contract balance and project time is not sufficient to complete the services required for the Wagner Creek and Seybold Canal Waterways Restoration Project. Specifically, Part A, Tasks 1 and 2, Project Planning and Support and Design Criteria Package Preparation and Proposal Evaluation requires additional time and resources due to the extensive effort required to support the Request for Proposals (“RFP”) resolicitation process.

The project aims to remove accumulated sediments and dioxins (a hazardous chemical bound to the sediments), and subsequently restore stormwater capacity in both Wagner Creek and Seybold Canal, benefiting the community and South Florida’s natural aquatic resources, says a project summary.

Stormwater runs into Wagner Creek, which merges into Seybold Canal, from the surrounding area. The stormwater discharge has elevated concentrations of dioxins, total polycyclic aromatic hydrocarbons (PAHs) and metals, officials have said.

Dredging is to begin where Wagner Creek flows out of a culvert at Northwest 20th Street and continue to where the Seybold Canal empties into the Miami River about 2.5 miles away.

Under an approved plan, the project is to safely excavate contaminated, accumulated sediment in six sections – five in Wagner Creek and one in Seybold Canal – and transport the sediment to a landfill, according to officials.

When city commissioners approved the project in early 2015, the total estimated cost for design, permitting and dredging was $23 million.

The city has received several grants from the Florida Inland Navigation District and the Florida Department of Environmental Protection, and allocated stormwater utility funds to the project, and is expected to use a State Revolving Fund loan to cover the shortfall.

This week, Mr. Aguirre said Wagner Creek/ Seybold Canal continues to be considered the most contaminated waterway in Florida.