Advertisement
The Newspaper for the Future of Miami
Connect with us:
Front Page » Communities » Coral Gables’ retail sparkles brightly 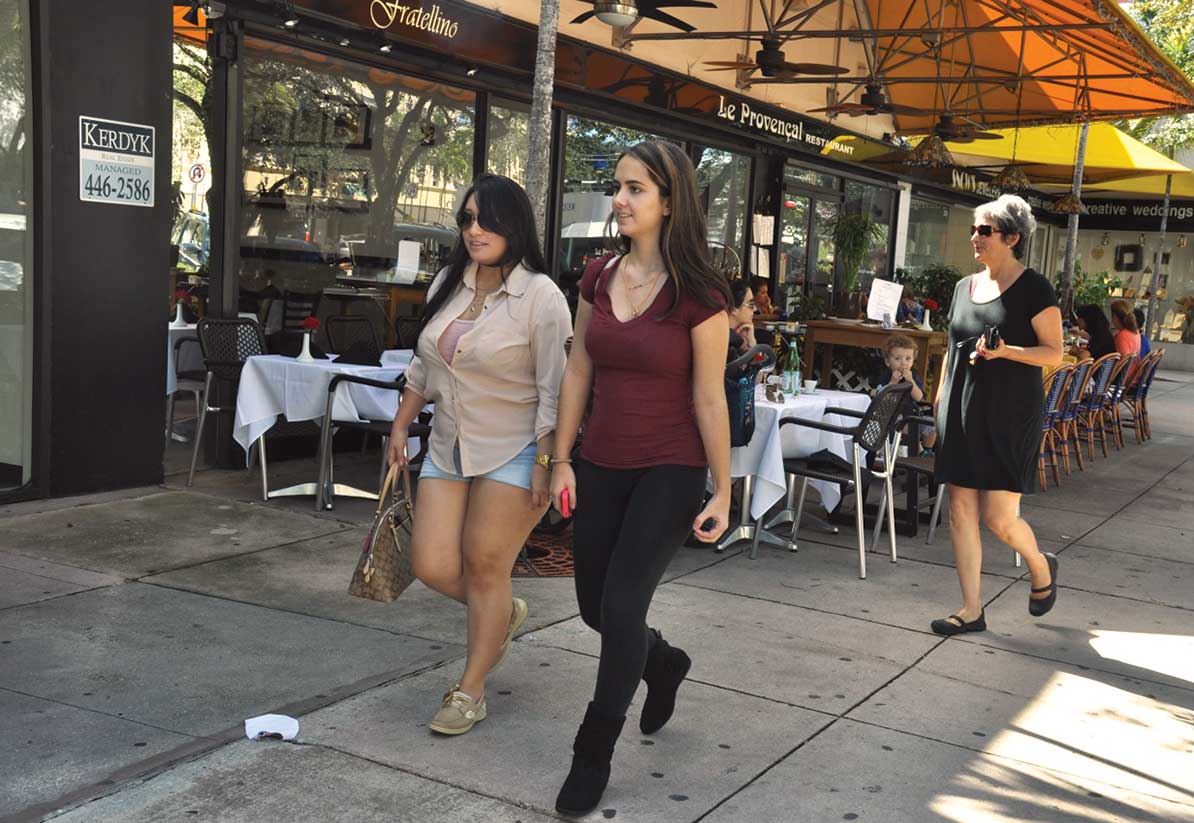 Coral Gables’ retail star is undimmed by the streetscape project, and the city’s retail district is growing to accommodate ever-increasing demand, observers say.

“The first thing is that, 100%, Miracle Mile is still the heart of retail in the Coral Gables market,” said Justin Greider JLL’s vice president of agency leasing. “Demand has been and continues to be strong there, though rents are incredibly high for the space available.”

Tenants who choose not to pay the higher rents are moving a few blocks away, as was the case with Tap 42, a craft-brew and casual-dining restaurant at 301 Giralda Ave. “It was the perfect location for them and a perfect illustration of this trend,” Mr. Greider said. “They went a little to the north, and got a great retail space that met their needs.

“What you’re going to see is not a move from retail but an expansion of the retail district, and it will radiate 360 degrees from the intersection of Miracle Mile and Ponce de Leon Boulevard,” he said.

The greatest demand now is for restaurant space, he added. “Coral Gables has had great success in this market; some of best restaurants in the country are there,” supported by an affluent community of residents.

“We have not seen fashion driving into Miracle Mile,” he said. “For fashion, people go to Merrick Park. As the home décor and fashion retail districts grow, you’ll have people come to Coral Gables to spend portion of a day or a day, as they do now on Lincoln Road.”

The construction on Miracle Mile is a “short-term pain, but when it’s done in 12 to 18 months, it will result in a Coral Gables that works better. The city provides a unique experience in Miami-Dade County; it’s a little bit of the old world mixed with the urban setting that today’s shopper is looking for,” Mr. Greider said.

“I think it’s clear that the Coral Gables market is changing, especially given the addition of the street-scape,” said Rafael Romero, vice president of CREC. Instead of being thought of as a prime location for offices, “the focus now is on having a place where people can work, live and play, and the city is creating an infrastructure so that people will want to spend time at night here.”

He also sees retail spreading out from the traditional hub of Miracle Mile, and many tenants who are switching locations, but staying in Coral Gables. “Even Miracle Mile tenants are shuffling around,” he said.

“The typical Coral Gables resident shopper appreciates being in the Gables and enjoys not having to leave the city,” he said. “I live here, and if there’s an opportunity to the stay local, that’s what I prefer to do,” even during streetscape renovations.

“The Gables has always been a strong market, and the city and the Business Improvement District have had the foresight to say ‘We’ve got a great area; let’s improve it.’ There will be no exodus of tenants because of the streetscape.”

His company currently is marketing retail space at the eastern end of the street, on the southeast corner of Douglas Road and Miracle Mile. “We’ve had a lot of interest in it from quality tenants,” Mr. Crotty said. “It’s just such an excellent location – everyone has to drive by on their way in and out of Coral Gables.”

He quotes rates for the entire Coral Gables market and being in the mid $40-per-square-foot range. “There have not been a lot of new projects delivered and, as a result, the market continues to stay strong. There are new mixed-use properties coming, with a street-level retail presence, but nothing like Brickell City Centre or the All Aboard Florida or Miami Worldcenter projects downtown.”

But there’s always room for a dissenting opinion.

“Occupancy in Coral Gables is very low at the moment,” said Cammi Goldberg, director of leasing and landlord representation at Franklin Street, via email. “There are a few retail redevelopments in the works on older properties that will increase availability over the next 18 to 24 months. Rents range from the low $30s per square foot on older properties to upwards of $60 per square foot on the newest and ground-up opportunities.

“The retail mix in Miami, Coral Gables and Coconut Grove ranges from traditional retail to very upscale,” she continued. “The trend now is mostly restaurant and entertainment tenants. In addition to seeing the traditional national brands opening, prominent restaurateurs are opening multi-brands. The push is to create a restaurant pod, which is a cluster of smaller restaurants that will generate traffic to a center, similar to an anchor tenant. Owners are also looking to give customers a dining and entertainment experience versus a traditional retail experience.”