Advertisement
The Newspaper for the Future of Miami
Connect with us:
Front Page » Real Estate » Two developers teaming up to bring micro-condos to Wynwood

Two developers teaming up to bring micro-condos to Wynwood 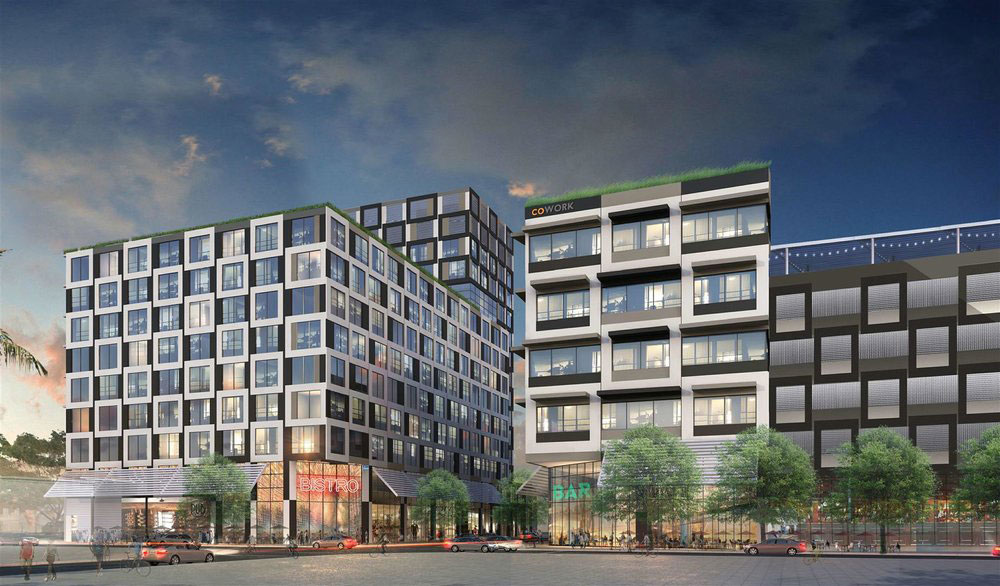 Looking to attract young professionals and artists, two developers are teaming up to bring micro-condos to Wynwood.

Raymond Fort of the architectural firm Arquitectonica said the building is designed with the young professional in mind. Wynwood 29 is designed as a well-balanced, urban scale project, he said.

The city’s Urban Development Review Board recommended approval of the project Sept. 21.

Planning staff noted the developers are asking for several waivers, including permission to increase the lot area from 40,000 to 42,000 square feet; allowing loading along a principal frontage; allowing a 30% reduction in required parking spaces, and more.

Mr. Fort said the two buildings will share a street between them accessible to pedestrians, cyclists and motor vehicles at slow speed.

Developers’ attorney Carlos R. Lago said the desire is to fill the commercial space with restaurants and retail that will offer an enhanced pedestrian experience.

Mr. Fort said the buildings are designed to capture the Wynwood vernacular, and geometric repetition is employed in the façades. “It’s a very urban building,” he told the board.

“What is the Wynwood vernacular to you?” asked board member Neil Hall.

The Wynwood Arts District has a reputation for striking and varied street art and murals on repurposed warehouses, a factor many new developments are trying to incorporate into new construction.

The same is true of the Wynwood 29 proposal. Above the retail uses the buildings are to have a 5-foot-tall band for unique painted signage, Mr. Fort explained.

Dean Lewis, acting board chairman, said he’d rather see a 5-foot tall band in the interior retail spaces and “leave it for the build-outs.”

“As art space, it reinforces the idea of Wynwood,” Mr. Hall said. He also commented on the project’s mass or scale, since many current structures in Wynwood are one story.

“I’m surprised the neighbors did not object to the scale,” he said.

The property is between Northwest 28th and 29th streets, in an area that’s “very, very tight,” Mr. Hall said.

In the end, Mr. Hall cast the lone vote against recommending approval of the project.

But board member Willy Bermello was impressed with the proposal.

“This will be a striking project,” he said. “I like very much your project, and I’m ready to approve it.”