Advertisement
The Newspaper for the Future of Miami
Connect with us:
Front Page » Education » New World Symphony’s fellowship program a career builder 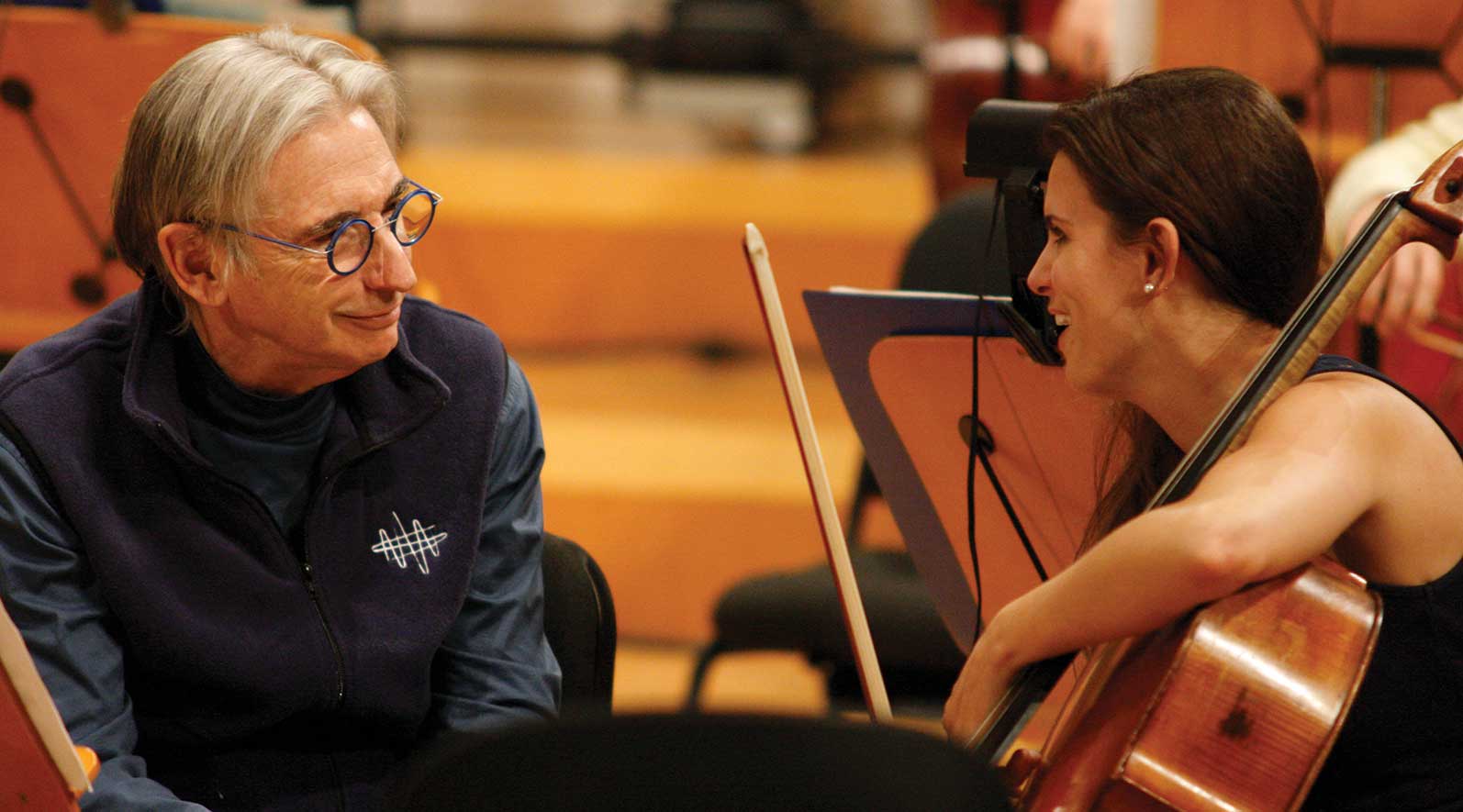 Students who enter the New World Symphony’s fellowship program based in Miami Beach already have demonstrated a mastery of music. By the time they leave, they will also have a solid foundation in community engagement and entrepreneurship.

A fellowship is typically a three-year program, said Tom Hadley, the symphony’s dean for admissions, alumni and fellow services, “but some leave after a few weeks, because they’re ready to take the next step in their careers, and that’s fine.”

As students leave the fellowship and move on to jobs, creating 25 to 30 openings each year, about 1,200 young musicians apply to fill take their places, he said. On the symphony’s website, they complete a biographical form, post a resume, and attach a videotape of a solo orchestral performance. Deadlines are in early December, late December and early January.

“Once we get the application, we look at the video to determine who should be offered a live audition,” Mr. Hadley said. Auditions are held in Boston, New York City, Cleveland, Chicago, Los Angeles, Houston and Miami. About 700-800 applicants (with an average age of 26) are invited to a live audition each year, he said. A minimum of a bachelor’s degree is a prerequisite.

In addition to the performance, the applicant must answer three essay questions. “We like to get a sense of who they are both inside and outside of the world of music,” Mr. Hadley said. “We want unique people who will advance classical music and community engagement. I like to talk to them, ask them questions and hear their answers. Then, we go about trying to figure out whom we should accept. There’s a fair amount of gut feeling and intuition that goes into the process.”

“Our fellows form an orchestra here, but what the audience sees is only the tip of the iceberg,” he said.

“We don’t have a resident faculty; instead, we bring in about 120 faculty members from all over the world, who usually spend a week here.” he said. “We’re able to fine-tune the focus of instruction each year by bringing in these faculty members, because we know where the experts are.”

Instructors have come from the London Symphony Orchestra, the Vienna Philharmonic and The Ensemble intercontemporain in Paris, among others. “Fellows can learn first-hand from any living composer who either comes here or whom we bring via the internet. They’re able to comment, coach and offer advice to make sure the fellows have a clear understanding of this music.”

An important part of this component is teaching students to hone their auditioning skills, Mr. Kieser said. Auditions are typically performed “blind,” with the performer silent behind a screen.

“You have three minutes to prove your skills in a very high-pressure environment,” he said. Each year, students audition before the deans and orchestra manager, and fellows also stage mock auditions for each other, he said. Via the internet, students can audition for music faculty around the country and world.

“We connect with the highest global audience,” Mr. Kieser said, including faculty from the Royal College of Music in London, Royal Danish Academy of Music in Copenhagen, the Cleveland Institute of Music and Shanghai Philharmonic Orchestra.

“In terms of audition training, we work with Noa Kageyama, a performance psychiatrist who is a former violinist,” he said.

“In a performance or audition, certain very common things happen,” he explained. “The performers’ brains go into overdrive, and these thoughts are distracting. Dr. Kageyama’s training helps them focus and get rid of the mental chatter.”

The symphony works with hypnotherapists, meditation coaches and yoga teachers, some of whom are musicians. “We want fellows to develop healthy habits,” Mr. Kieser said. “This is a very stressful world they’re entering into, and we offer counseling in any number of other areas including sexual harassment, because it’s important to know where the boundaries are.”

As comfortable as the students are with music, “When you ask them to talk, it’s a different matter,” he said. “We want them to be comfortable in the community and be able to connect with third-graders, people in a cancer ward or in a home for the elderly. We’re always looking for ways they can be teachers, mentors, and invest themselves in the community.

“We help them with eight separate community engagement programs, which is an unusually high number for any performing arts institution,” he said. “We want them knit into the fabric of the community, and we want them to be as comfortable sitting down to lunch with a potential funder as they are in the orchestra.”

The symphony has partnered with the Kellogg School of Management in Coral Gables, part of Northwestern University, to develop a six-session course for professional development, including entrepreneurship. “It takes a lot of work to take innovative ideas and make them real,” Mr. Kieser said. “The fellows form teams and have pitch sessions.”

Last year, alt Default, a team of fellows, won a $9,000 Knight Foundation Challenge Grant to start an after-school song-writing residency with the rock ensemble from Feinberg-Fisher K-8 School. They soon had matching funds from 82 donors.

“They competed nationally and did very well,” Mr. Kieser said. “We like to push them out into the world. This is the kind of start-up mentality we’re hoping to create.”

In the 2015-16 session, about 25 fellows won jobs directly after their stint at the symphony, Mr. Hadley said. “They don’t necessarily win their dream job in a year or two, but 90% of our 1,025 alumni are working in the field of classical music. We’re very lucky to have that rate.”

Most alumni stay in the US, but two former fellows have been hired to orchestras in Auckland, New Zealand, he said.

Not all remain as performers; some are arts administrators, teachers or have music-related businesses. “Some set up chamber music festivals,” Mr. Hadley said. “That’s one reason we stress entrepreneurship. We teach them how to build their careers but also how to find their niche.”

Among graduates are Katie Wyatt, founder of Kidznotes (a music training program for children), and executive director of El Sistema USA; Teddy Abrams, a conductor, composer, pianist and clarinetist who is music director of the Louisville Orchestra and the Britt Festival; and Jacob Nissly, principal percussionist at the San Francisco Symphony.

“We’re at the crossroads of academia and the professional world,” Mr. Kieser said. “We’ve been around for 29 years, and every year the program changes. We’re constantly taking a scan and trying new things. Miamians are open to new experiences. We think we contribute to that, and we are thriving in that environment.”