Advertisement
The Newspaper for the Future of Miami
Connect with us:
Front Page » Transportation » Brightline service advances with locomotive test 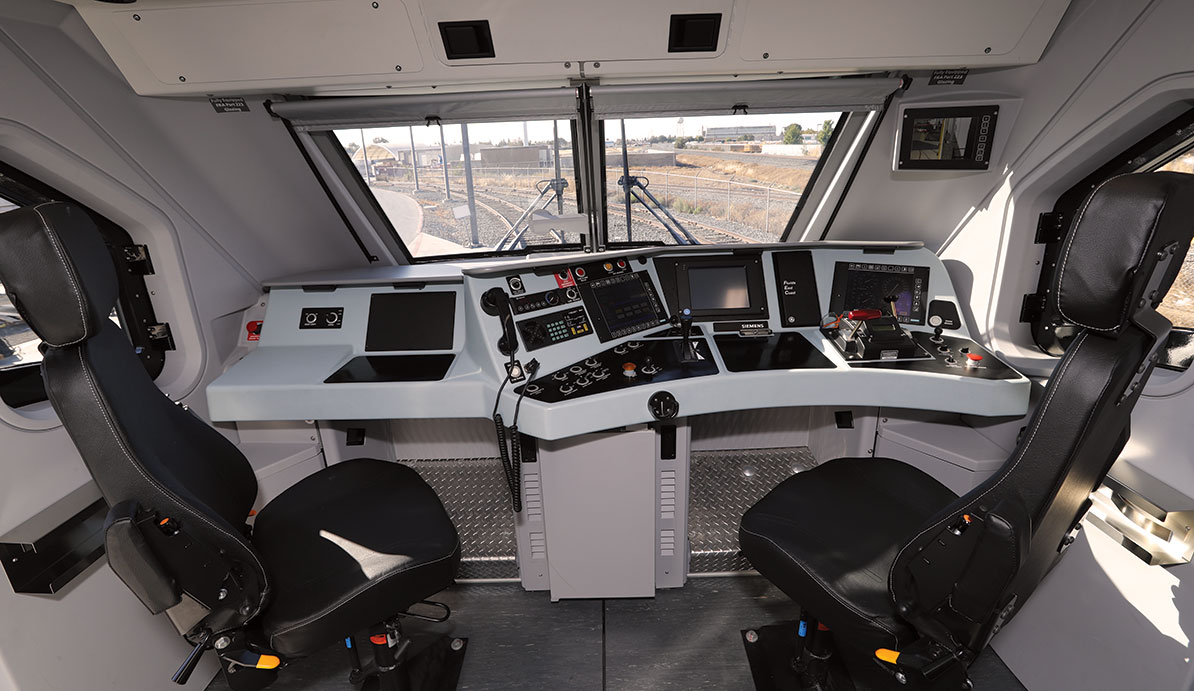 The promise of Brightline bullet-train service from Miami to Orlando advanced last week as the first locomotive successfully completed initial track testing at the Siemens manufacturing facility in Sacramento, CA.

The locomotive moved for the first time, powered by its own diesel-electric engine, on a quarter-mile of track and passed tests in 45 areas including braking systems, software, fire detection systems, audible warning devices, communication systems and interior and exterior lighting.

“This signifies another major milestone for the production of Brightline’s trains, as the company has now approved production for all locomotives currently being built by Siemens,” said a Brightline press release.

“The operation of the locomotive and its passing of the initial track testing has demonstrated Siemens’ engineering expertise and given us a high degree of confidence that the Brightline service will be exceptionally reliable,” said Gene Skoropowski, senior vice president of railroad operations for Brightline, in the release. “Brightline will be the only passenger rail service in the country to have such dynamic and modern trains that will offer Americans a new and modern experience in train travel.”

“The locomotive will be tested quite a bit more when it comes to Florida,” said AnneMarie Mathews, Brightline vice president of media relations. A complete “train set,” which is two locomotives and four passenger cars, will arrive later this fall and be housed in a West Palm Beach maintenance facility, she added.

It will complete test runs on Florida East Coast Railway tracks between West Palm Beach and Fort Lauderdale “so people will actually be able to see the trains go by,” Ms. Mathews said.

Brightline initially ordered five train sets and eventually will have 10 sets, she added.

In addition, the Fort Lauderdale station will be topped off this week, which signals the end of vertical construction, with only the interior still to be completed, Ms. Mathews said. Work on the interior of the West Palm Beach station is expected to be completed by the end of September, and “we are moving forward very quickly” on MiamiCentral, Ms. Mathews said. The station is expected to open next summer, when service from Miami to West Palm Beach begins. Service from Miami to Orlando is to begin later next year, the company has said.

One Response to Brightline service advances with locomotive test