Advertisement
The Newspaper for the Future of Miami
Connect with us:
Front Page » Education » Brickell combo school-fire station explored 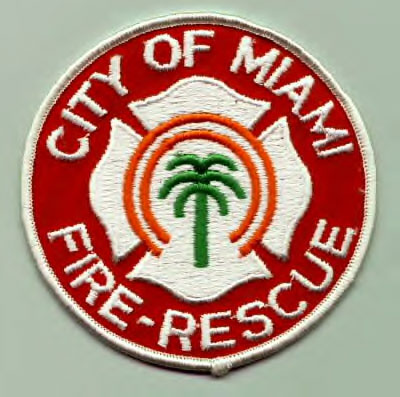 Miami officials and the Miami-Dade County Public Schools are exploring options for a new school for Brickell, perhaps combined with a new city fire station.

Talks are in the early stage. City and school officials met Friday and a consensus remains that a deal can be worked out. In addition, a private developer has expressed interest in a public-private partnership in the area.

Mr. Carollo said he was “taken a little bit by surprise” when he learned that legislation had already been written and submitted to the school board. He said he wants the idea to move forward, yet “I’ve had no briefing.” He complained about lack of communication.

“There’s something missing here, and I think it’s communication,” he said.

Representatives of the city and school district first discussed a shared facility at a sunshine meeting July 13.

Mr. Russell said he too was a bit surprised to hear legislation was already being submitted for a school board vote. It was scheduled for the board’s consideration Wednesday.

Lisa Martinez from the Office of the Superintendent said the draft legislation merely verifies what was discussed in July and asks the school board for permission to explore the idea.

Fire Chief Maurice Kemp also voiced “surprise” by recent events and said it sounded like school officials were drafting their own memo of understanding while the city’s Department of Real Estate Asset Management was busy working on its own version.

“Where will there be an intersect?” Mr. Kemp asked.

Ms. Martinez said “there are not two versions” of the memo. “You may have seen different iterations” of the draft agreement, she added, but none of them negates the fire department’s concerns.

The school board was being asked to authorize the superintendent to “finalize negotiations” and execute a memorandum of understanding with the city “to provide a general framework under which a collaboration between the city and the board could be further formulated to co-develop and co-locate a new, expanded fire station and a future educational facility on the city-owned fire station No. 4 site (1105-1133 SW Second Ave.),” the agenda item reads.

Chief Kemp said his primary concerns are continuity of service and compatibility. He stressed that there can be no interruption of service at the fully functioning fire-rescue station that’s now in that neighborhood. “The department needs continuity of use.”

Mr. Kemp said he’s open to options but questioned the co-locating a fire station with a school, stressing that fire operations would take priority over school functions.

“We can’t have kids loading and unloading in front of a fire station,” he said.

The only public school now in the area is Southside Elementary at 45 SW 13th St.

Commissioners Carollo and Russell said they remain open to all options.

Mr. Russell suggested all parties move forward in good faith “but not get too far down the road that we leave an option behind.”