Advertisement
The Newspaper for the Future of Miami
Connect with us:
Front Page » Communities » Coral Gables looks at 25 mph residential speed limit 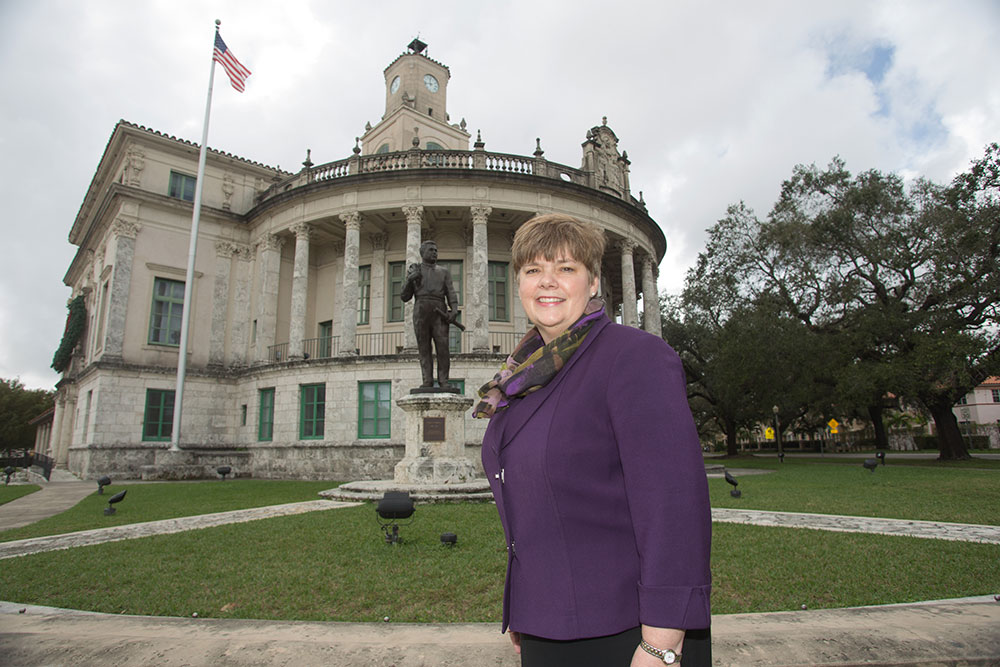 Despite concerns about expense for new signs, the Coral Gables City Commission voted 4-1 (with Jeannett Slesnick dissenting) to explore lowering the speed limit on all residential streets to 25 miles per hour. Miami-Dade County has approved the change on streets the city maintains.

Efforts to change the speed limit go back to 2001, several commissioners said. Recently, Commissioner Vince Lago took up the fight.

“It’s taken me two years to get these approvals from the county,” he told fellow commissioners, urging them to make the measure law rather than studying it further.

“We do enough planning for everybody; we need to adopt,” he said. “We’re like a sieve. Why wouldn’t we want people to take their foot off the gas in our city and be respectful? Hopefully this will save a life one day.”

City officials have long complained about cut-through traffic. Police Chief Ed Hudak said his department analyzed data from 2015 through July 31 of this year. There were 523 accidents involving residents, compared with 2,824 in which non-residents were drivers, he said. Residents received 156 speeding tickets and 125 warnings during that time, while non-residents got 943 citations and 744 warnings. “We believe this will create an overall calming of traffic,” he said.

But, by state statute, the speed limit on all streets without posted signs is 35 miles per hour, and the police department can’t enforce a lower limit unless the city erects new speed-limit signs, he said.

That would require about 600 signs at a cost of $165,000 to $180,000, said Jessica Keller, assistant director of the city’s Public Works Department. But several commissioners said they thought the cost might be higher, even if the city utilizes existing poles.

“I think we should have more public input,” Ms. Slesnick said. “We need to enforce the speed limit we have. I keep saying we don’t have enough police officers on the road. Couldn’t we have a two-week strong enforcement of our speed limits?”

“Everybody’s going to get speeding tickets,” Mr. Lago said, but otherwise nothing would change.

“I went to a number of neighborhood meetings to discuss traffic,” said Vice Mayor Frank Quesada. “By an overwhelming majority – not even close – everyone wanted the speed to slow down. People really want this, and I’m 100% in favor of it.”

“The commission said, ‘Go get that [county] approval’ and now it has come,” said City Manager Cathy Swanson-Rivenbark. “Give us an opportunity to develop a plan of attack. You can see in the budget that we’re addressing more aggressive traffic enforcement, not to delay this but to roll it out.”

The next step, Ms. Keller said, is to have Miami-Dade County agree to the number and location of signs, and then for the city to develop a realistic cost estimate.

“We will find the money that is required for the signs,” Ms. Swanson-Rivenbark said.