Advertisement
The Newspaper for the Future of Miami
Connect with us:
Front Page » Latest News » Big-name retailers line up for spots on Miami River

Big-name retailers line up for spots on Miami River 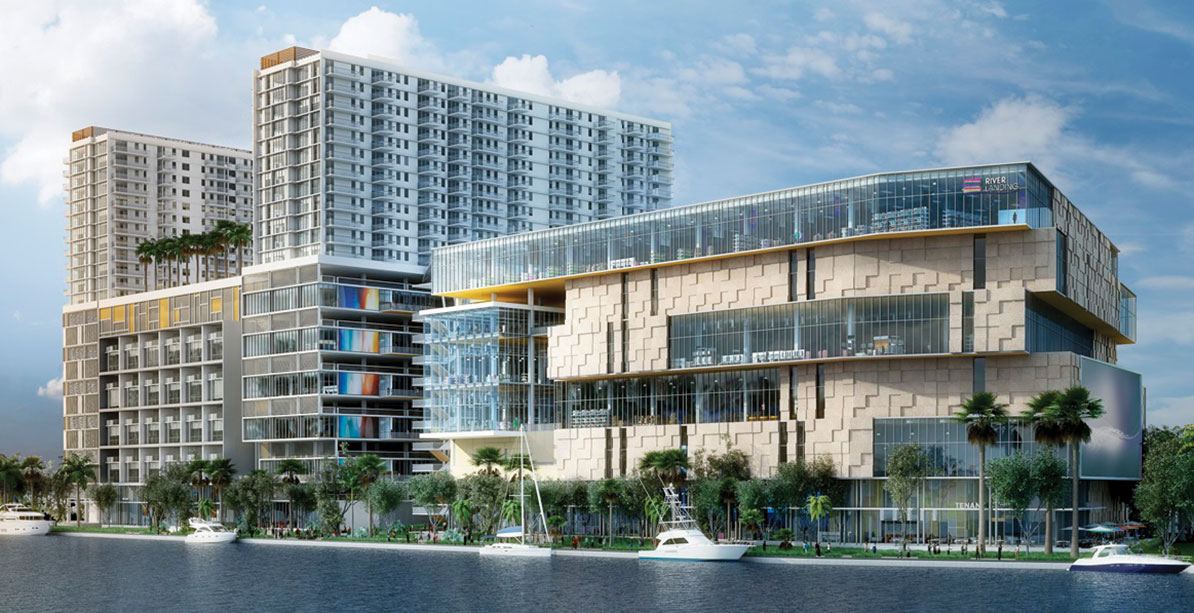 Big-name retailers are lining up to be a part of a major mixed-use development on the Miami River, on the edge of the city’s Health District.

The developer of River Landing Shops and Residences, Andrew Hellinger, has secured commitments from top stores, on his way to filling up the nearly 430,000 square feet of commercial space planned in the high-profile project.

“We can report executed leases for 65% of the project,” Mr. Hellinger told Miami Today on Friday.

Youfit Health Clubs, founded in 2008, is a chain of budget-friendly fitness centers with more than 115 locations across the country, predominantly in the South and western regions.

“We have completed an additional anchor lease, which we cannot disclose yet, and we have letters of intent that would have the project at 80% pre-leased,” said Mr. Hellinger, manager of River Landing Development LLC.

A main goal of Mr. Hellinger and company was to attract a food store to the project.

The $300 million River Landing Shops and Residences is planned for 1480 NW North River Drive on the north bank of the Miami River. It’s to rise on the site of former Mahi Shrine Auditorium, which was demolished in 2014.

The 8.14-acre development is to include about 430,000 square feet of retail and restaurants, about 475 market-rate apartments in two towers, and parking for about 2,200 vehicles.

It will also include a new riverfront park, thanks to an agreement between the developer and Miami-Dade County government.

Mr. Hellinger has said that River Landing will be a catalyst for urban renewal in the Health District. He said it will help fill the district’s gap and demand for shops, restaurants and market-rate apartments.

In March 2015, the developer was awarded $7.5 million from the county from an economic development fund. The developer requested the funds as reimbursement for infrastructure costs. In order to collect the funds, the developer must complete the project and prove jobs have been created.

In the application for the county funds, the developer said the projected economic impact to the area includes about $15 million to the county and city in impact fees, water and sewer connection fees, building permits and other surcharges.

This summer, Miami city commissioners accepted the final plat of River Landing, along the southwesterly side of NW North River Drive at Northwest 13th Terrace.

The intent of the plat is to close the right of way of Northwest 15th Avenue within the boundaries of the plat and create one contiguous tract for the construction of a multi-use development. The platted area is about 2.377 acres. The plat covers only a portion of the overall development.

City commissioners approved abandonment of Northwest 15th Avenue between Northwest North River Drive and the river in July 2014. The road end hadn’t been used in years.