Advertisement
The Newspaper for the Future of Miami
Connect with us:
Front Page » Business & Finance » 69% cut in Miami Worldcenter retail vexes city board 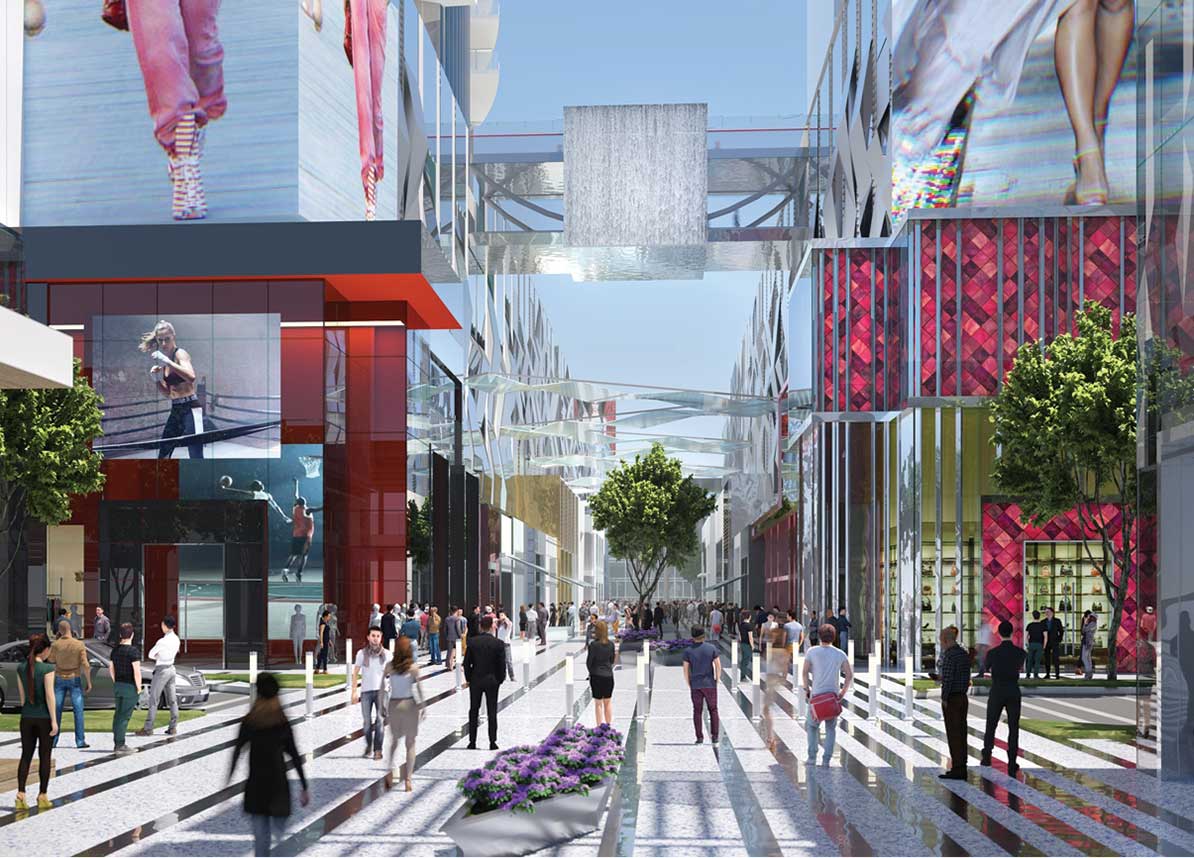 The new streamlined retail plan for Miami Worldcenter received positive comments and support from the city’s Urban Development Review Board, but a staff analysis noted some concern with the viability of the smaller commercial footprint.

Miami Worldcenter is billed as a $2 billion project out to transform 27 acres of Miami’s urban core in the Park West neighborhood.

A major component of the long-awaited mixed-use project was its proposed shopping center, initially designed as a massive indoor mall, stretching from the FEC railroad tracks northward to Northeast Tenth Street.

The new retail plan, being called “high street retail,” is a shadow of its former self.

The original plan called for 1,090,771 square feet of commercial space. The new plan sets aside less than one-third as much, 338,036 square feet.

While the city’s planning staff voiced concerns about the major change, some of the review board members like the less boxy and smaller plan.

At its July meeting the board unanimously recommended approval of the new plan, with conditions including: making some elevators external and transparent to the street; considering a more creative design to a southern residential tower; bringing more retail uses forward and add some retail uses to upper floors to encourage more pedestrian circulation; and work to richen the landscape planned for a pedestrian paseo and public plaza.

Worldcenter is a collaboration of master developer Miami Worldcenter Associates and a team of development, design and engineering firms. The entire development promises a mix of residential towers, hotels, retail stores, restaurants, entertainment venues and a convention center to an area hugged by AmericanAirlines Arena and All Aboard Florida’s MiamiCentral train station.

At the July meeting, board member Dean Lewis referred to a staff report on the amended project from the planning and zoning department and asked the developers’ representatives to address three main comments:

•Proposed new development program is inconsistent with general intent of Miami Worldcenter Development Standards, which stated in part, “Development Standards will benefit the area by promoting the development of a significant mixed-use community in the City’s Urban Core inclusive of a retail commercial center, residential units, hotel rooms, multiple central open plazas promoting interaction with existing uses.” The new program proposes a 69% decrease in commercial uses with no additional programming (Office, Commercial or Lodging) added to promote greater integration of active spaces. Re-evaluate the development program to consider including an array of mixed-uses.

•Decrease in commercial programming “may impact the economic vitality of project and diminish job creation ….”

•Proposed parking count is not justifiable for the programming identified for this project. An additional 178 parking spaces have been provided beyond the requirement amount for a total of 4,079 with no added benefit to the surrounding area. Furthermore, as proposed a reduction of 69% of commercial space while providing 4,079 parking spaces, appears that the principal use is that of a regional parking facility verses a regional mixed-use commercial destination. The excess parking may have a negative impact on the total experience of the retail environment and pedestrian realm.

Attorney Ryan Bailine, representing the developers, quickly reminded the review board what happened at its December 2014 meeting when the original, larger shopping mall was proposed.

The board voted to recommend denial of the plan.

Miami Today covered that meeting and reported that Board Chairman Robert Behar repeatedly referred to the massive design of the mega mixed-use project as a “monumental mistake.”

Board member Anthony Tzamtzis had this observation: “The design is destructive to the urban grid of Miami.”

Mr. Bailine said the board rejected the original plan and cited three reasons: the multi-level enclosed mall covered several city blocks and “created a massive project”; extending the mall across Eighth Street would make for dark conditions; the façade was too dominating.

The attorney said an appraisal of the economic vitality of a project “falls outside of planning review.”

Mr. Bailine also disputed that the new plan is a 69% decrease in commercial uses – he said it is a 55% reduction.

He also stressed that this is a phased project. “This is one phase. Two more are coming,” he said.

Mr. Behar said, “You addressing the volume of the podium, to me, is a positive.” The scaled back commercial plans show the developers are watching the market and able to adapt to changes.

One of the project designers explained to the board, “We analyzed your comments [and] we took a three-story shopping mall, that was very long over several streets and turned it into high street retail… it creates great open spaces – a big-time pedestrian environment.”

The staff report on the amended project listed several modifications requested by the developers, beyond the decrease in commercial space, including:

•Reduce the clear height of the loading area from 15 feet to 14 feet.

•Redistribution in residential unit count of Paramount and Luma towers from 914 units to 1,003 units. (Paramount, a condominium, is currently under construction.)

David Snow, a city planner, said the developers have worked long and hard with the city staff to address concerns.