Advertisement
The Newspaper for the Future of Miami
Connect with us:
Front Page » Communities » Chinese investors are showing interest in North Miami 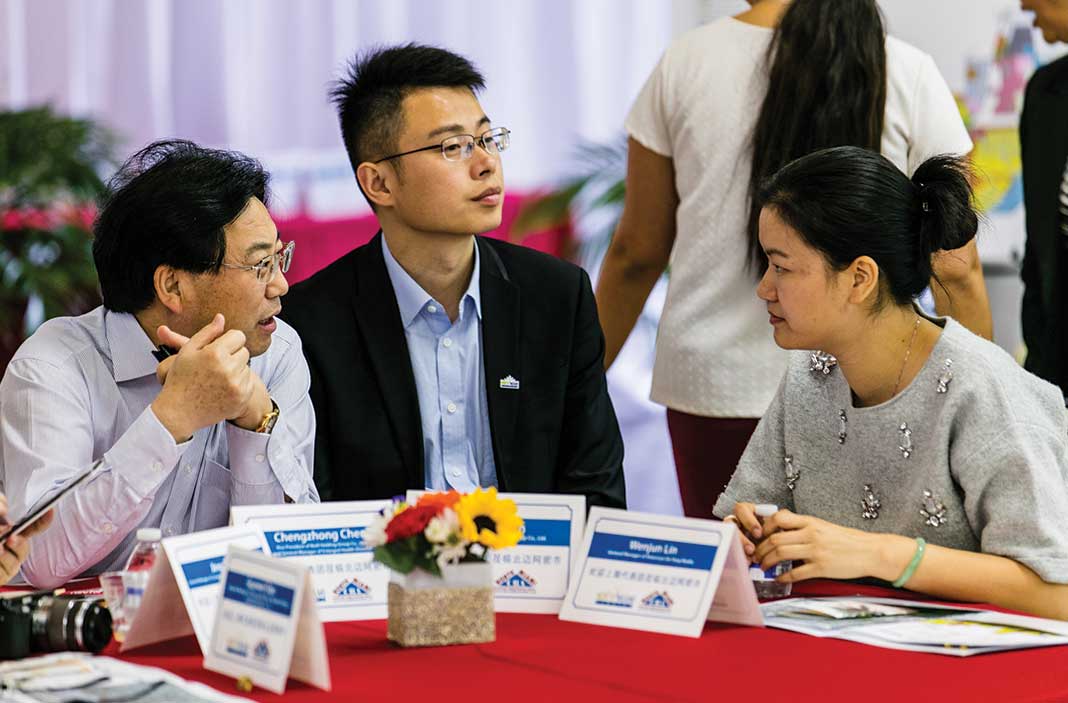 The Chinatown Cultural Arts & Innovation District, championed by Vice Mayor Alix Desulme and designated by the North Miami City Council in February, is comprised of 15 blocks over commercially zoned land along Northwest Seventh Avenue between 135th Street and 119th Street.

In May, six city officials traveled to Beijing, Tianjin and Shanghai during a 12-day trip, seeking investors and cultural inspiration, and meeting with Chinese government officials and business leaders to discuss commercial opportunities in the new district.

North Miami took its turn hosting a delegation last month, when 12 representatives visited from Shanghai for one day, enjoying tours of the city, presentations and a cultural experience.

“The members of this delegation were here to actually come physically see the designated Chinatown area. We were able to provide them with info on all of the property availability,” said City Manager Larry M. Spring Jr.

The area is undergoing a redesign process, he said, meant to enhance roadways and streetscapes to be more pedestrian-friendly, all while adopting “more of a Chinese or Asian theme to enhance tourist attractability.”

“We were able to have them meet with the development team doing SoLe Mia [a 183-acre development in North Miami including residential and commercial complexes] and got a pretty good, full tour of the entire city, so that the delegates can have context about where it’s physically located compared to downtown Miami and within South Florida,” Mr. Spring said.

The delegation included representatives from a number of industries in China, he said, such as food and beverage and real estate development.

The city’s Chinatown development plans include spending millions on infrastructure and building façades to create an authentic visitor experience.

A partnership with Florida International University has been executed, allowing university officials involved with the school’s hospitality and tourism management program in Tianjin to sit on the committee.

“We’re getting the appropriate level of input and professional consulting guidance to make sure that it’s a very interesting tourist area,” Mr. Spring said.

“We have a council that is 100% supportive – the vice mayor brought the idea forward. We’re invested day to day; making sure staff is reaching benchmarks and goals. We’re doing outreach to make sure we’re getting our intended results.”

Just days after the delegation departed, a Miami-based representative reached out to Mr. Spring, informing him that investors are very interested in bringing their ideas to North Miami and are ready to move forward.

5 Responses to Chinese investors are showing interest in North Miami