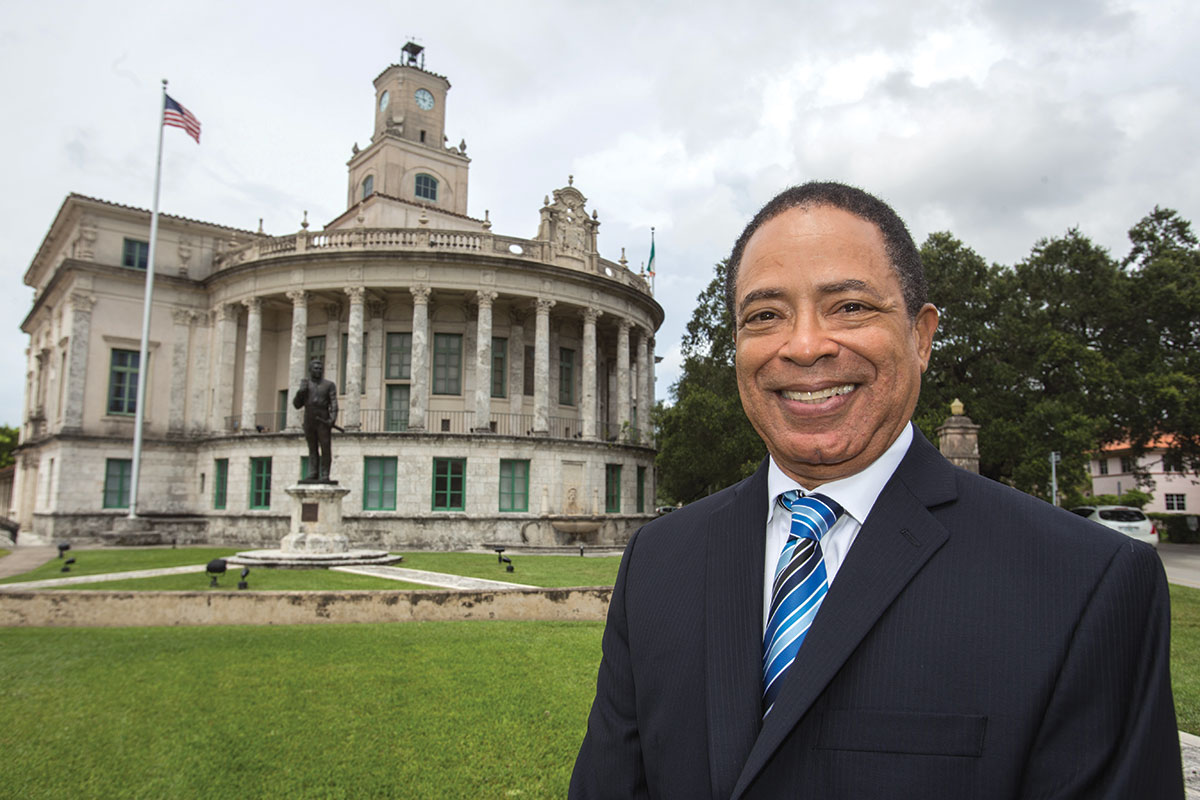 Walter Foeman has come a long way from the Fort Jackson army base where he was born. After his father completed his term of service, the family moved to Jackson, MS, where their next-door neighbor was civil rights leader Medgar Evers, the first state field secretary of the NAACP in Mississippi, who organized voter-registration efforts, demonstrations and economic boycotts of companies that practiced discrimination.

Mr. Foeman was just a child then so had no involvement in the civil rights movement. However, as a young man he went against his father’s wishes and decided to attend Howard University, a historically black research intensive institution with a tradition to produce leaders for service to underserved communities nationally and abroad.

Mr. Foeman chose municipal government for his career and had retired – or so he thought – in 2002 after serving as Miami’s city clerk. However, former Coral Gables Mayor Don Slesnick put out the word that he wondered if Mr. Foeman was available to serve. They agreed to try things out for six months, with Mr. Foeman working as a consultant.

Today, Mr. Foeman is still on the first floor of 405 Biltmore Way as city clerk of Coral Gables. During those six months some 14 years ago, he found what he said was essential for going back into the public life again – that his passions drive his interests.

Mr. Foeman became engaged with a series of projects, one being a partnership with Florida International University involving digital archival preservation. The partnership proved fruitful and Mr. Foeman said future projects are on the drawing board.

He enjoys the civic mindedness in Coral Gables and said people’s involvement with the community has helped fuel his passions.