If too many cooks spoil the broth, how many elected city officials will it take to spoil Miami’s professional staff?

We might soon find out. A charter review asks that voters dump the manager who now runs city staff and have a strong mayor do the job, plus give all five commissioners the OK to deal at will with city staff.

While that sounds good to commissioners who want results by going right to folks doing the job, it carries two huge dangers: conflicting orders, plus politicizing civil servants who work for the taxpayers.

Today, the manager hires department heads who then run their staffs. If there’s a screw-up, elected officials can’t hire or fire anyone but the manager.

The manager is the firewall who runs the team but allows members to do their jobs unimpeded by politics or conflicts with elected officials, simply because the elected officials don’t interact with the people who actually make the city go.

Under changes the charter team proposes there’d be at the helm no career International City Managers Association professional with background running other governments. Instead, it would be a political leader who’s great at getting votes but might never have run anything bigger than a lemonade stand, if that.

That person who depends on the voters to stay in office would make the personnel decisions and tell professionals what to do. Even worse, the mayor would be abetted by five commissioners, each able to bring desires to department heads and the staff to get things done.

The Harvard Business Review recalled that in the movie “Office Space” a single worker had eight bosses wandering by to give orders, each unaware of what the other seven asked for. It was a recipe for chaos. At six elected bosses plus whatever staffers a City of Miami professional would formally report to, the same outcome is in the wings.

Besides all the work that so many bosses could assign you, think of the conflicts. A department head tells you to work on Problem A but a commissioner, unaware of that order, says it should be Problem B. Meanwhile, a fellow commissioner calls in with opposing solutions for both A and B. Whatever you do, two out of three bosses will be unhappy, and with no city manager to protect you, your job is in jeopardy through no fault of your own.

Priorities might conflict if only because each commissioner cares most about a separate area, his own district. Pity the poor staffer handed conflicting top priorities.

Someone has to set priorities and then monitor results. But with everyone a boss, it can’t be done.

That’s particularly so because some commissioners wouldn’t follow a simple dictum best stated by the League of Minnesota Cities: “The council/board is ‘one boss with five or seven members’ and not ‘a group of five or seven individual bosses.’”

Commissioners can vote for a policy for staff to enact, but individually talking with workers is equivalent to each making policy for the city. Unlike a commission meeting, where orders are issued in public and on the record, those private meetings can go in any direction with no audience and no record of what was requested or why.

As a study by the Markkula Center of Applied Ethics at Santa Clara University points out, “The fact that the professional staff, unlike many elected officials, are not subject to term limits means that they have an institutional history, which is very beneficial in developing the concrete plans to put policy decisions into practice. They also often have advanced degrees in management, engineering, finance and other technical areas, a knowledge base they can bring to bear in solving local problems.”

Policy decisions clearly belong to commissioners. Staff must follow them. But putting that policy into practice should be the professionals’ role. If they can’t do it, we need different professionals, not commissioners telling them how to function.

The other problem in a mayor and commissioners all working with staff is political.

Elected officials are looking out for voters, which in theory is very good. But it becomes bad when one voter or donor needs a favor that doesn’t quite comply with rules and end-runs normal procedures to get a commissioner to intervene. What staffer could say no to the commissioner? A lot of favors would be done that are no favors to the city or its people as a whole.

A city manager with a backbone can protect staff, city and taxpayers. But individual staffers are no match for a commissioner on a mission, be it right or dead wrong. 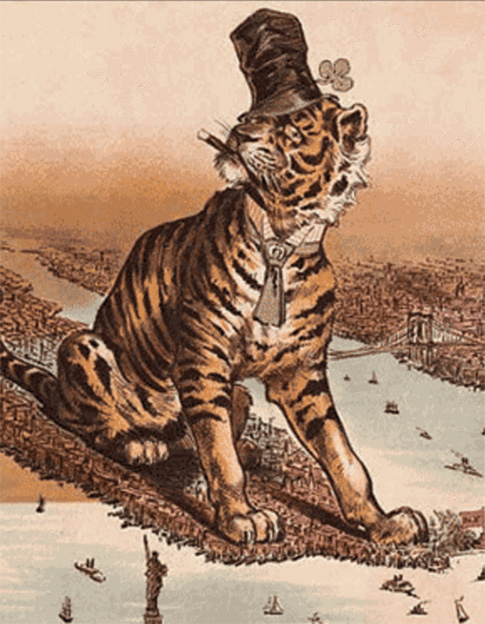 Then there are jobs and contracts. Writing in 1889, New York Tammany Hall machine operative George Washington Plunkitt told how through influence he got city jobs for his supporters to keep the machine running and his cash flowing. As he explained, “I seen my opportunities and I took ’em.”

It was just that machine politics that led to creation of city manager governments as protective firewalls. Removing the firewall and sending elected officials back into the trenches of city hall is a hundred-year step backward.

As to how many unimpeded elected officials it could take to spoil city government, the answer is simple: a single rotten George Washington Plunkitt would spoil the barrel. Keep Miami’s firewall intact.