Advertisement
The Newspaper for the Future of Miami
Connect with us:
Front Page » Education » Barry University fine-tunes new five-year agenda 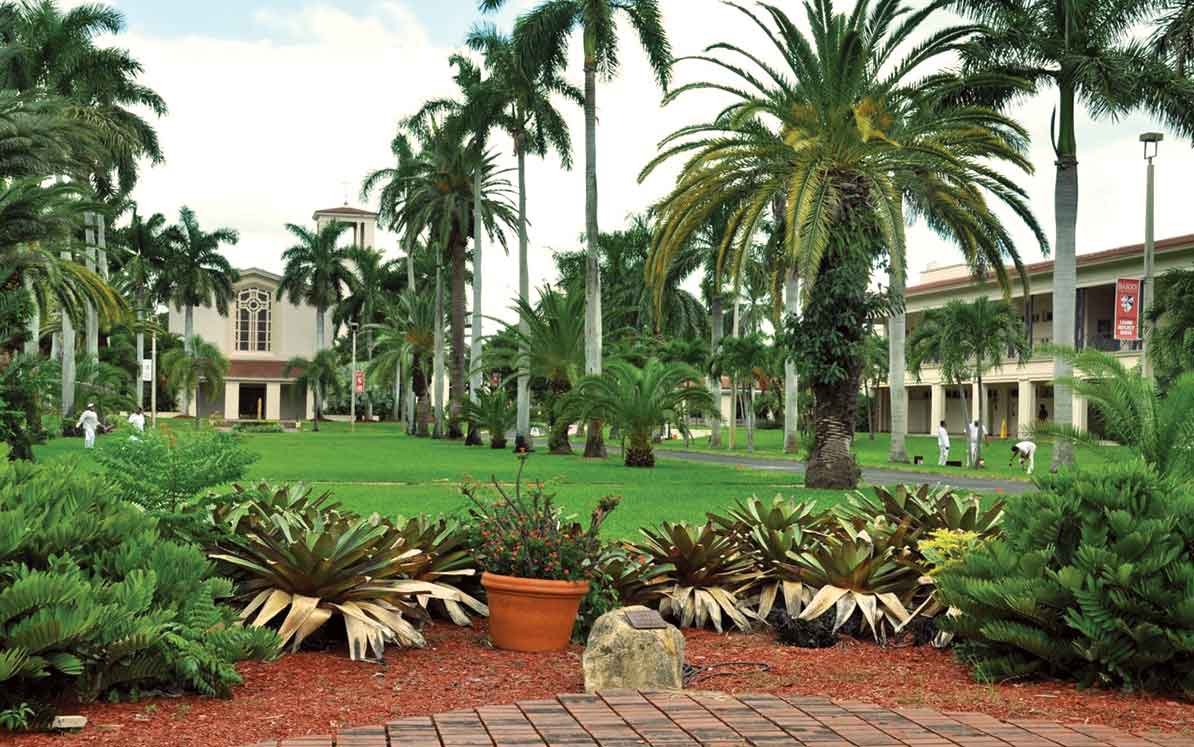 From being used as venues for international sporting events to weddings, summer camps to music festivals, and even the occasional TV appearance, colleges are now more open-minded than ever when looking for ways to boost their bottom line and their students’ opportunities.

“As part of the partnership, the soccer club will donate a state-of-the art lighting system valued at $415,000 for the university’s soccer fields and provide valuable internship opportunities with the club,” the school said in a statement.

“Generally when we have a lot of these opportunities, it’s nice and they’re great but what we look at is if the opportunity can benefit our students. In many regards, that’ll be the deciding factor. The expectation is not necessarily to make a lot of money, but to provide exposure to something neat happening in the community,” said Hilda Fernandez, vice president of university advancement at St. Thomas.

“Miami FC’s office space on campus provides opportunities for students to do internships [related to] the management of professional sports teams,” Ms. Fernandez said. “These are opportunities that provide some revenue for the university but also provide fringe benefits.”

In addition to being called home by a number of sports camps year-round, St. Thomas hosts summer camps for kids of all ages, which works well for sleep-away camps that can take advantage of the mostly-empty student dorms.

Amy Deutch, director of conference and event services at Barry University, said that the university hosts summer language programs that see “middle and high school students – predominantly from Europe – travel to the US to learn English.”

Barry has its own summer day camp, called BUCkids camp, as well as sports and educational camps, she said.

St. Thomas’ chapel has been a venue for weddings and baptisms, while meeting and convocation halls hold the receptions, Ms. Fernandez said.

According to the center’s website, the 62,000-square-foot facility is equipped with a fitness center, an athletic training room, team locker rooms, fitness locker rooms, a concession area and mezzanine level multi-purpose classrooms.

“Needless to say, we have a lot of physical space. A lot of that space is utilized, in particular during summer or winter break, for other teams to come in and practice,” Ms. Fernandez said.

During the FIFA World Cup, she said, St. Thomas hosted a soccer team on a layover in the US on its way to South America.

“They were flying through Miami and wanted someplace to practice. They paid for the use of the field so they could practice here before the next leg of their trip.”

The strong links in which St. Thomas is used as a venue for sporting events have formed organically, Ms. Fernandez said, as a result of the school’s sports administration program, established in 1973, which has produced successful alumni.

The alumni help draw sports organizations by emphasizing the possibility of an added “workforce” by way of student volunteers and interns – a value that the organization can’t get by renting a space in a warehouse district, Ms. Fernandez said.

Aside from holding wedding receptions, St. Thomas’ meeting and convocation halls are used by organizations looking for centrally-located meeting or conference space.

“This campus is in the middle between Miami-Dade and Broward, where people from Fort Lauderdale aren’t going to have to drive down and vice versa,” Ms. Fernandez said. “It’s because of our location that it becomes convenient.”

Two weeks ago, St. Thomas served as the venue for the 2016 FISU World University Netball Championship. This allowed the school to host a number of teams from around the world for the international sporting event, which provided great exposure for the school, she said.

“The professional sports stuff has really picked up in the last couple of years. Now we’re hosting graduations and being more proactive and making sure people know we’re here and that they have a facility here that can accommodate them.”

St. Thomas is frequently asked to be used as a set for soap operas, Ms. Fernandez said, in order for the shows to get the right “college campus feel,” which is hard to get on larger campuses, as well as to host games for high school sports teams.

Barry is also used for filming and photo shoots, Ms. Deutch said, with its “exteriors,” such as the athletic fields, buildings and quads, and its “interiors,” such as dorm rooms, dining hall, gym and classrooms, being utilized.

The revenue that comes into St. Thomas as a result of all of the activities, Ms. Fernandez said, usually goes into its general operating account, which can go on to support athletic programs, provide financial aid, scholarships, paid internships, and help pay for study abroad programs, among other uses.

In May 2017, Barry will host the International Association of Physical Education and Sport for Girls and Women World Congress.

According to its website, the congress brings together interested women and men, scholars and field-based practitioners from many countries who are working to improve the position of girls and women in physical education, sport, dance and physical activity and research.

“We’re always looking at opportunities for non-tuition revenue – everyone is always looking,” Ms. Fernandez said. “It’s not just for the money [but for] exposure for the campus or students. In terms of how competitive it is – every campus in Miami-Dade County offers different opportunities.”