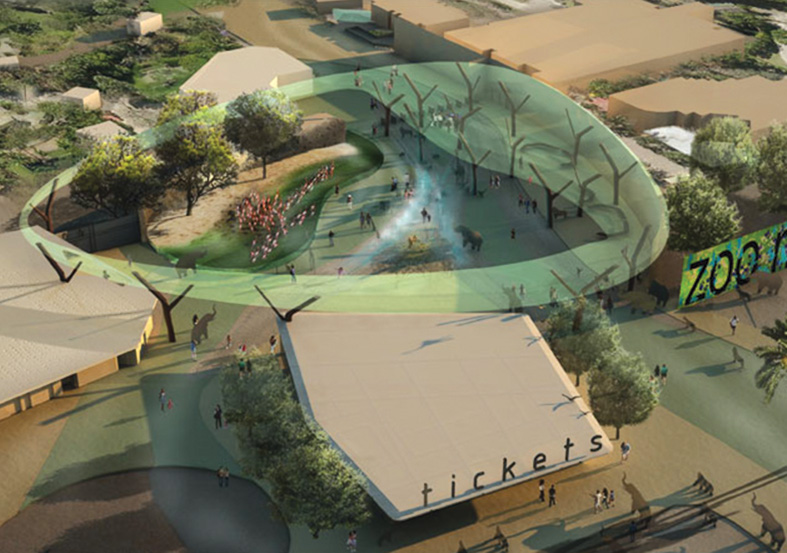 After a rough start to the year due to bad weather and heavy rainfall, Zoo Miami has all but thrown in the towel on its goal to reach 1 million visitors this year. Officials remain in high spirits, however, and are looking forward to two in-house grand openings this year.

In January, Miami saw the most rainfall in its recorded history, according to the Florida Climate Center, Office of the State Climatologist. A number of 24-hour precipitation records for the month were broken throughout Florida, but Miami took the worst hit with 7.57 inches of rainfall, a whopping 5.95 inches more than normal.

“These rains came at peak attendance and had a very negative impact on our numbers,” said Zoo Miami communications director Ron Magill, who has been with the zoo 36 years.

The zoo’s visitor numbers suffered the most, he said, during a five-day-long shutdown in January – the height of peak season – with the park losing anywhere from 2,000 to possibly more than 4,000 visitors a day.

“The weather hurt us at our highest attendance period. Coupled with delays in construction projects, right now, as we stand, we’re down about 40,000 people,” Mr. Magill said.

This $52 million project is, in fact, made up of two separate projects. The larger of the two is the Florida: Mission Everglades exhibit, coming in at 4.5-acres and accounting for $33 million of the larger budget.

With the Florida: Mission Everglades exhibit scheduled to be completed by the end of this year, Zoo Miami has seemingly thought of everything a visitor could wish to experience while spending a day at the zoo.

Exhibit highlights include alligator, crocodile, otter, bald eagle, Florida panther, Florida black bear, armadillo, raccoon and bobcat exhibits, to name a few. Visitors will have the chance to walk across a hanging bridge and slide in an underwater acrylic tube through the crocodile and alligator exhibits, through the water where otters play, and enjoy a truly “interactive” experience.

The objective is not to satisfy visitors’ curiosity about the Florida Everglades, Mr. Magill said, but to encourage them to head to the national park itself.

The $19 million project will include an Art in Public Places installation and a 100-foot tower with animal silhouettes and video screens. A cloud-like structure encircles the plaza from above while blue-and-green terrazzo creates the effect of a flowing river on the floor.

The plaza includes a new gift shop and café, a multi-purpose event space and guest relations space. Perhaps most exciting is the pink flamingo exhibit located outside the gate – a first-time move for the zoo.

The realization of these projects has not been easy by any stretch of the imagination. The zoo has repeatedly faced a multitude of setbacks, Mr. Magill said, especially with the Front Entry Plaza inching through several months of delay and now opening during the zoo’s worst time of the year in terms of visitor numbers.

“There have been all kinds of issues – utilities, permits, FPL, unforeseen cable lines, plumbing, underground things, ordering special components. This is all state-of-the-art stuff… any time it rains, construction shuts down.”

“Weather is the single greatest driving factor in the attendance of the zoo,” Mr. Magill said. “If it’s a beautiful day out, people want to come and visit… If a weatherperson says, ‘it’s going to rain today,’ [people say] ‘we’re not going to go to the zoo.’”

The zoo has tried to amp up its marketing and promotion to make up for the earlier downturn of visitors, Mr. Magill said, but a limited marketing budget only lets officials do so much.

“Whether we can make that up is subjective, but I don’t think so,” he said. “Right now we’re going to hopefully be striving to just match with last year.

“It’s a little bit of a disappointment about the delays, but with the Florida exhibit – people are going to be wowed.”