Advertisement
The Newspaper for the Future of Miami
Connect with us:
Front Page » Communities » Workforce housing in downtown Miami to get big boost

Workforce housing in downtown Miami to get big boost 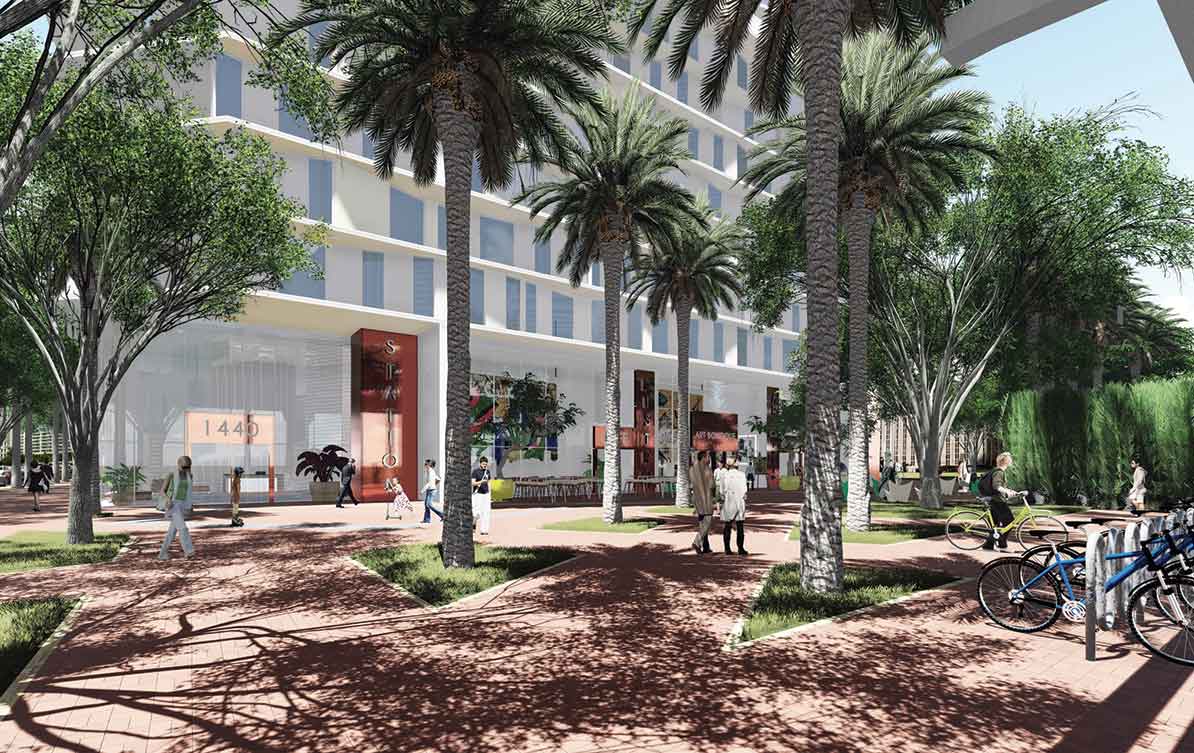 When Melody Tower opened in May, the 38-story apartment building was more than 95% leased, illustrating the aching need for affordable and workforce housing in downtown Miami.

Melody brought 497 market rate apartments to the city’s fledgling arts and entertainment district, at 245 NE 14th St., and now its developer, Melo Group, is ready to do it again.

The developer, through its 14th Plaza Corp., is requesting a zoning change for vacant land between Northeast 14th and 15th streets, adjacent to the School Board Metromover Station.

The current plan would see twin 34-story towers built to a connected pedestal providing 946 parking spaces, along with about 15,000 square feet of commercial/retail space.

Melo hopes to break ground in August at the 1424 NE Miami Place location.

Melody Tower caters to young professionals wanting to live close to their jobs in and around downtown Miami. The new tower is right next door to the Adrienne Arsht Center for the Performing Arts and within walking distance of Museum Park, the waterfront and more.

Square Station is planned just three blocks to the west and also caters to those young professionals.

For a public hearing on the first reading of the proposed rezoning, the developer lined up several millennials, many of whom are new tenants in Melody Tower, who praised the company for bringing apartments to the city that are more affordable for locals.

One man said he used to live in Kendall and it often took him an hour and a half to get to work in downtown Miami. He now resides in Melody Tower and can walk to work. He praised Melo Group for making a huge difference in the neighborhood, bringing affordable housing and commerce to the area north of I-395.

There aren’t many locals who can afford an $800,000 condo but they still want to live, work and play in the City of Miami, he told the commission, offering his support for Square Station.

Commissioner Francis Suarez pointed to a critical need for affordable and workforce housing in the city.

Mr. Suarez commended the Melo family for constructing workforce housing without being mandated to do so, and without other incentives.

Mr. Suarez also recognized the success of Melody Tower, being nearly full the day the building was opened for tenants to move in.

Melo Group is providing a unique and needed product at a quick pace and reasonable cost, said Mr. Suarez.

On top of all that, Melo had a work of public art installed outside of Melody Tower, a decision it made on its own, Mr. Suarez said. The 8-foot-tall stainless steel violin sculpture designed and created by artist Helidon Xhixha is titled Endless Melody.

“They should be commended for doing things right,” Mr. Suarez said.

Commissioner Frank Carollo echoed some of Mr. Suarez’s statements and expressed support for the rezoning and Square Station proposal.

“Right next to the Metromover – this is what it’s about,” Mr. Carollo said. “This is smart growth for our city.”

The commission voted unanimously to approve the rezoning on first reading. A final reading is to be scheduled soon.