Advertisement
The Newspaper for the Future of Miami
Connect with us:
Front Page » Top Stories » Knight Foundation fuels tech ecosystem 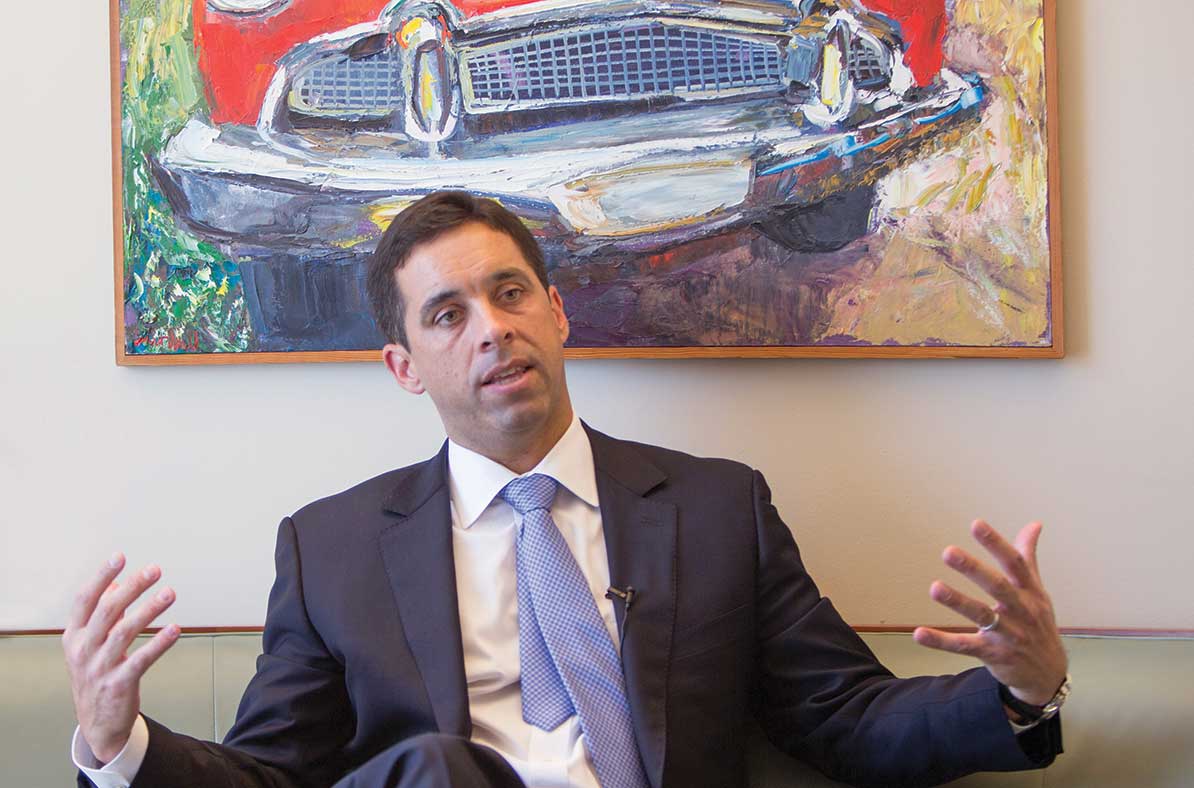 As Miami continues to see a booming technology sector, the Knight Foundation is striving to work with the greater community to support start-up businesses by providing Miami’s entrepreneurs with the resources and foundation necessary to make their ideas a reality.

Since 2012, the foundation has made more than 180 investments in entrepreneurship initiatives across South Florida, totaling more than $20 million, according to its website.

•Endeavor Miami, the first US office opened by Endeavor, which works in six parts to launch, select, support, multiply, give back and sustain the entrepreneurship movement worldwide.

•The Idea Center at Miami Dade College, where students and community members gather, collaborate and take advantage of resources to develop their entrepreneurial ideas.

•LaunchCode, which pairs people aiming to work in technology with top-level employers through paid apprenticeships and job placement, with over 90% of apprentices ending up with full-time employment in technology.

•CS50x Miami, a partnership between LaunchCode and the Idea Center at Miami Dade College

•Girls Who Code, which offers summer programs and after-school clubs for teen girls in an effort to close the gender gap in the technology sector.

•Win Lab, an accelerator for women entrepreneurs that is modeled after Boston’s Babson College entrepreneurship program.

The idea, Mr. Haggman said, is to create an environment where entrepreneurs can connect with each other and with the community, whether that is on the search for funding, talent, mentorship or co-working spaces.

Location will always matter, Mr. Haggman said, but people will increasingly be able to launch ventures from anywhere in the world.

“Right now I see ventures here where they have part of their team in New York and Buenos Aires. You can do that now.”

However, people will always want to live and work in places where they would like to be, he said.

“That’s another way in which Miami wins… People love to be here for entrepreneurialism – the question is do they have the resources to build really big ideas here. The whole idea is to be sure that all those resources are here.”

It’s important to note, Mr. Haggman said, that “while Knight is making big investments, it really is a community effort.”

“More and more people and organizations are actively working to grow start ups.”

“This effort is not built on creating boundaries,” Mr. Haggman said, neither is it to prevent entrepreneurs from going to other places. Some entrepreneurs will always strive to end up in Silicon Valley, he said.

“We have the opportunity to ask ourselves ‘What – in addition to continuing our work in the arts and journalism – can we do here in Miami to identify emerging trends and put resources behind it to propel it?’”

“We looked around at many issues of importance and community need,” Mr. Haggman said. “There’s no right place to go, but we did identify entrepreneurship as an area where we thought we could make some important strides as a community.”

“Building the Miami entrepreneurial ecosystem,” he said, “would lead to expanded opportunities across the community, stirring greater retention and civic engagement.”

“We launched the effort… to try and create resources where entrepreneurs can build the ideas they want to build,” he said, “and that includes places where entrepreneurs can work, meet mentors and advisors, and get access to funding to build the idea. It includes events that allow for connections and inspiration and learning opportunities… Risking, starting, launching – that’s very much in the Miami DNA. Where Miami has struggled is scaling ventures.”

The Kauffman Index of Entrepreneurship series is an umbrella of annual reports that measure US entrepreneurship across national, state and top 40 metro levels. Rather than focusing on inputs, the index focuses primarily on entrepreneurial outputs – the actual results of entrepreneurial activity, such as new companies, business density and growth rates.

In 2015, the Kauffman Index ranked the Miami-Fort Lauderdale-Pompano Beach metropolitan area No. 2 in the country for startup activity, with Miami being the main city, yielding the top spot to Austin and the Austin-Round Rock-San Marcos area. The South Florida metropolitan area moved up one spot in the rankings from its No. 3 spot in 2014, when Miami was also designated the main city.

Startup businesses were defined as firms less than 1 year old employing at least one person besides the owner.

Using data from the US Census Business Dynamics Statistics and the US Bureau of Economic Analysis, Kauffman determined that there were 247.6 startup firms per 100,000 residents in 2015. And using data from the US Census Current Population Survey, Kauffman deduced that 0.52% of the adult population in Miami became an entrepreneur in any given month.

“Not only are we a highly entrepreneurial population, we’re also uniquely diverse,” Mr. Haggman said, adding that Miami is the nexus between North and South America, the Caribbean and Europe.

“The enemy of innovation is isolation. Our diversity is a great competitive advantage.”

“In the world’s primary centers of innovation, the trend we’re seeing is that the cost to create and to do continues to go down,” Mr. Haggman said. “We think it presents opportunities for communities to transform in ways previously unimagined, at a rate or at a speed that previously wasn’t possible… The thinking was that we can try to be helpful in offering resources. All of the basic ingredients are here.”

The main problem to solve, he said, is how to build an ecosystem that propels startups to scale and grow – something that companies in Miami have historically had trouble doing.

“I really think it’s all about building community and building an environment where people feel they want to be, where they find it exciting, inspiring, growing, collaborative, where it feels like they’re building something and then have the resources to pursue the particular ideas they want to,” Mr. Haggman said.

“It’s all interconnected. This is all about building a network that’s interconnected and transparent… These are still the early days in Miami.”