Advertisement
The Newspaper for the Future of Miami
Connect with us:
Front Page » Real Estate » Ambitious projects to redevelop Coral Gables municipal garages 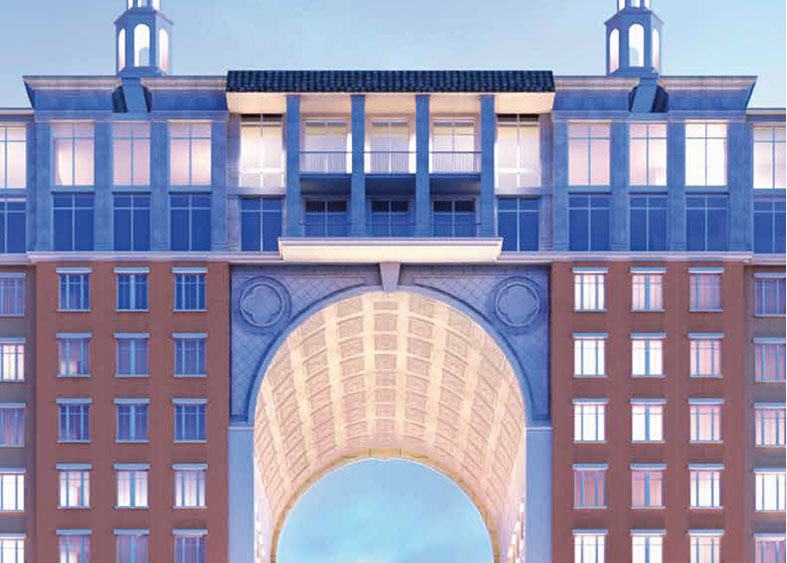 Two ambitious projects have been proposed to redevelop Coral Gables municipal garages that sit on land the city considers underutilized.

The redevelopment has been discussed for several years and a request for proposals was sent out earlier this year.

Two proposers, Allen Morris Company and The Related Group, and TC Gables LLC, an affiliate of Terranova Corp., were chosen from among five who submitted first-stage conceptual designs.

Miami Today has obtained copies of both proposals, which are also available to the public. In alphabetical order according to project name, here are the highlights:

Coral Gables City Center, proposed by The Allen Morris Company and The Related Group, includes a variety of scenarios for both garages. All include a Mediterranean entrance foyer, storage for bicycles, charging stations for electronic vehicles, and “green” parking spaces.

The basic option for Garage 1 would include 770 parking spaces, of which 722 will be city-owned, and 11,871 square feet of ground-floor commercial space. A full-service restaurant or arts cinema could be tenants, the proposal said.

Version two features a 17-story tower with a public 12th floor exterior café and a “park in the sky,” 140,000 square feet of office space, and the 11,871 square feet of ground floor commercial space. The city would own 770 parking spaces.

In both scenarios, “pedestrian connection of the parking garage to the two existing, privately-owned covered paseos between the Miracle Mile and the public alley to the north of the property will be provided. Connection between the garage and paseos will be as direct as possible and the alley-ways for the entire length of the city block of the garage improved.”

The basic version for Garage 4 includes a 16-story residential tower with 244 market-rate apartment units, 16,878 square feet of ground floor commercial space and 799 parking spaces, 280 of which would be city-owned.

“The public parking garage on the Garage 4 site will have a mid-block paseo from the garage to the Miracle Mile,” the proposal said. “Connection between Garage 4 and paseo will be as direct as possible,” and the alleyways improved by the same means as proposed for Garage 1.

Version two for that Garage 4 raises the apartment component to 270 units and adds a private 7th floor terrace and rooftop amenity deck.

A version 3 requires a height variance but “crowns Garage 4 with a grand three-staged tower inspired by the Biltmore’s famous three-staged Giralda Tower. At the pinnacle of this tower stands a majestic statute of Florida’s vanguard, Ponce De Leon, pointing to the future,” the proposal said. While this version requires a height variance for the 265-foot tower, “the requested variance is only for non-occupiable ornamental towers and is well below the maximum heights of the Biltmore Giralda Tower (317 feet) and Alhambra Towers (297 feet),” it continued.

Shops and Residences at Miracle Mile, by TC Gables, treats Garages 1 and 4 as a unified site that incorporates 220 Miracle Mile, which Terranova controls together with an affiliate of Morgan Stanley Real Estate Investing.

“We are proposing three new buildings that will add to vitality of the heart of Coral Gables,” the proposal said. “On the ground floor of the garages and the lower two floors of the new Miracle Tower, we will include new retail space with 20-foot floor heights to help attract new retailers and restaurants to the area. We are proposing multi-family rental residences because rental apartments tend to be more intensively utilized than condominiums in South Florida and will further contribute to the vibrancy of the businesses in the surrounding area.

“It is our belief that the public environment is enhanced by bringing more life to the intersection of Ponce and Miracle Mile. The new residents and the activity they bring to the street will greatly enhance the quality of life for the city and its residents.”

Designed in a Mediterranean style, the new Garage 1 would be a 102 feet tall, with about 17,000 square feet ground-floor retail and eight levels of parking comprising 500 public parking spaces, 343 spaces for residential users at Miracle Tower and 67 for other users. “The roof of the garage is proposed to contain amenities for the adjacent building connected by an elevated passageway,” the proposal said.

“The garage will contain multiple connection points to the new building, allowing visitors to the area to pass directly from the garage to Miracle Mile or Andalusia, and utilize a paseo that will provide uninterrupted passage between Andalusia and Miracle Mile.”

The new 184-foot-tall residential tower, within the footprint of the Miracle Building at 220 Miracle Mile, would contain slightly more than 220,000 square feet of floor area, including two levels of retail at the base and 14 stories of residential space with 187 units.

Garage 4 would be redeveloped as the base for a new 148-unit residential building that would be a sister building to Miracle Tower. The 174-foot, 16-story building would include 33,700 square feet of retail, and a 923-space garage with 500 public parking spaces, 264 spaces for building residents, and 136 for retail users.

Neither city officials nor the developers can speak about the proposals, which are under a cone of silence. After they pass through a review committee, the proposals will be brought to the city commission, which is expected choose a developer going forward on the projects in the fall.