Advertisement
The Newspaper for the Future of Miami
Connect with us:
Front Page » Arts & Culture » 3-D life-size replica of Miami Circle may be on way 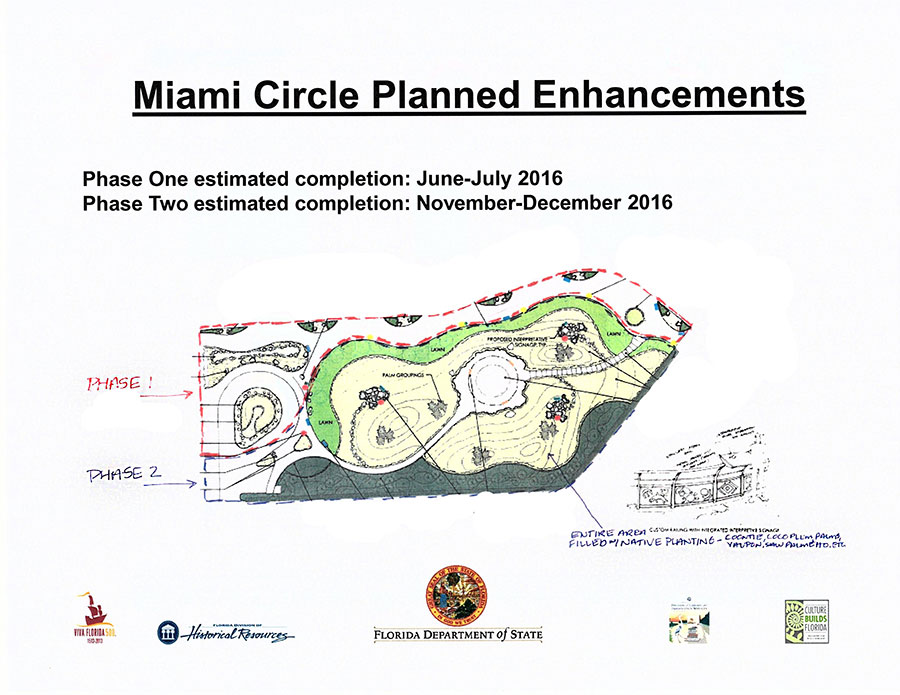 Imagine being able to see a 3-D life-size replica of the Miami Circle, a 2,000-year-old Tequesta Indian artifact at the mouth of the Miami River.

As part of a renewed effort to improve and care for the Miami Circle, state officials said they’re considering ways to create a full replica, 38 feet across, using images from a high-resolution 3-D scan of the actual circle, now buried to protect it.

Ms. Post updated the commission on recent improvements to the state-owned 2.5-acre site, and showed photos demonstrating beneficial results of just a few months’ worth of TLC.

“There have been many, many positive changes at the circle and there are more to come,” she said.

One strong message emerged: The state recognizes the Miami Circle’s historic significance and is committed to improve it, maintain it and preserve it.

“Getting this site right is a high priority with the agency,” said Ms. Post, welcome words to river commission members and those who treasure the site.

The open, park-like area had fallen into disrepair and was marred by illegal parking of a fleet of scooters, lack of upkeep, homeless encampments and constant inundation of trash and dog feces.

In March, river commission Vice Chairman Jay Carmichael announced there was a new team at the state department, and that led to a new agreement for site improvements.

Phase One of the state’s plan involved lawn maintenance, landscaping, working with neighbors to oust the scooters and other illegally parked vehicles, and more.

The artifact was uncovered in 1998 during a pre-construction condo tower survey. The state bought the land in 1999 for more than $26 million. The site was designated a National Historic Landmark in 2009.

Ms. Post said the circle’s historic importance can’t be ignored. Other National Historic Landmarks in Miami-Dade include the Freedom Tower, Vizcaya and the Biltmore Hotel.

Ms. Post said the state’s goals for the Miami Circle are:

•Educate the public on what the Miami Circle is and why it is important.

Phase Two of enhancements, to begin soon and end by January, is to include adding pet waste stations and trash and recycling bins; native trees and plants; custom railing with integrated interpretive signage around the circle; limestone boulder benches; three large gateway signs, and a dozen interpretive signs.

After that, the state will consider installing public art and a replica.

Ms. Post said it’s only a concept now, but the idea is to produce an full-size replica from the high resolution 3-D scan of the circle taken during excavation.

“It would be of high detail, down to the millimeter so visitors could see its actual size and details, and of quality produced in high-end museum exhibits but suited for the South Florida climate,” she said after the meeting.