Advertisement
The Newspaper for the Future of Miami
Connect with us:
Front Page » Government » Small business to renourish and widen beaches on Miami Beach

Small business to renourish and widen beaches on Miami Beach 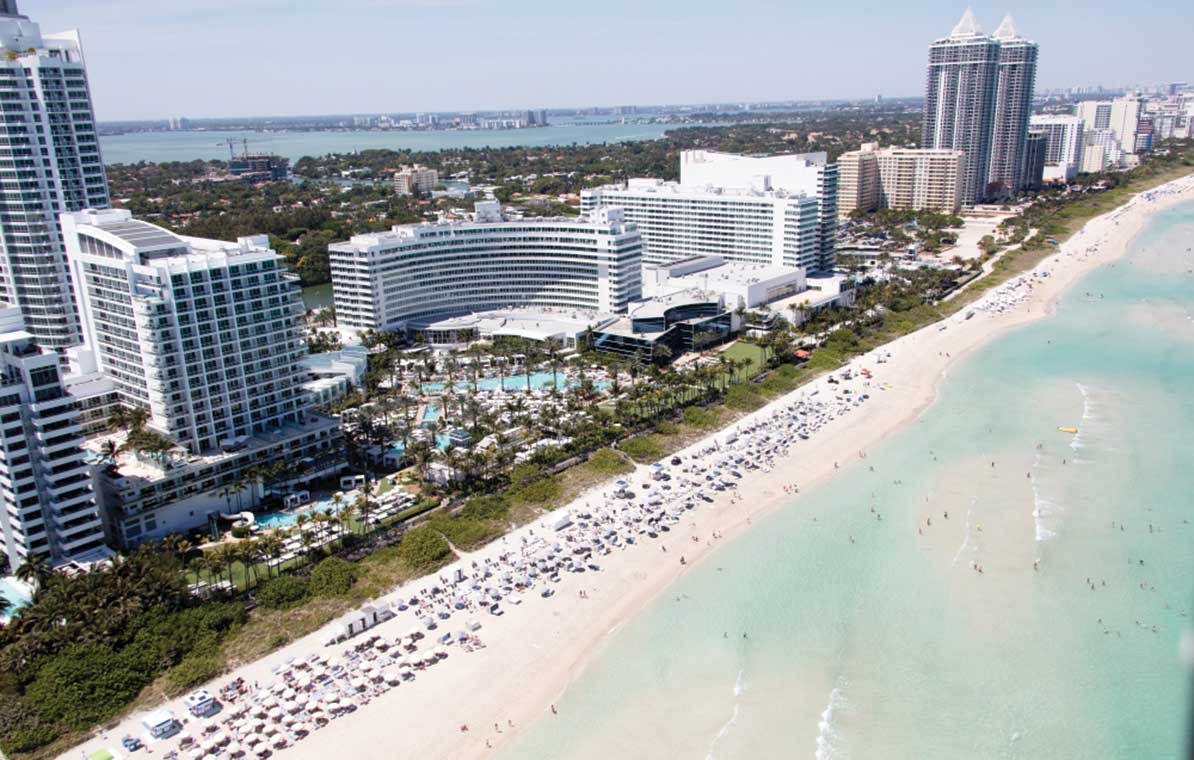 The US Army Corps of Engineers’ Jacksonville District has awarded a Florida small business an almost $12 million contract to renourish and widen beaches at two Miami Beach hotspots near 46th Street and 54th Street.

Eastman Aggregate Enterprises LLC of Lake Worth was awarded the $11,889,480.65 contract last Thursday to focus on more than 3,000 feet of critically eroded shoreline.

In 1968, Congress authorized the US Army Corps of Engineers to construct the Dade County Beach Erosion Control and Hurricane Protection Project after county officials requested federal assistance with shore erosion.

With the completion of a nourishment contract in the Bal Harbour area in 2014, all major sand sources offshore of Miami-Dade County were exhausted.

As a result, the 220,000 cubic yards of sand needed for the Miami Beach Hotspots project will come from an upland sand mine and be hauled in by the truckloads – between 18,500 and 22,000 of them.

“By building and preserving the small business industrial base, we are able to contribute to diversity, competition, economic growth, and our national security.”

Bids were due June 14 and there was healthy competition for the contract, she said, with The Corps receiving eight bids.

The crown of the 46th Street erosional hotspot fill area will begin just north of 44th Street, near the southern end of the Fontainebleau Hotel, 4441 Collins Ave., and end between the twin towers of the Blue and Green Diamond Condominiums, 4775 Collins Ave. The access route and staging area – for construction equipment, crews and trucks hauling sand – will be at Indian Beach Park, 4601 Collins Ave.

The beach will still be accessible by the public at both locations during the work, though some beach access areas will be closed due to safety concerns. Orange fencing and barricades will mark construction areas; beachgoers should use caution around these areas.

Fill operations, tilling, demobilization and restoration of the 46th Street access is scheduled to be complete by Nov. 9, with the remainder of the project expected to be completed by spring 2017.

The public can attend an informational meeting at the Ronald Shane Center at 6500 Indian Creek Drive, Miami Beach, at 6 p.m. July 12. The meeting will be hosted by the US Army Corps of Engineers, Miami-Dade County and the City of Miami Beach. A brief presentation will be followed by questions and answers.