Advertisement
The Newspaper for the Future of Miami
Connect with us:
Front Page » Communities » Marinas on Virginia Key get rejection slip 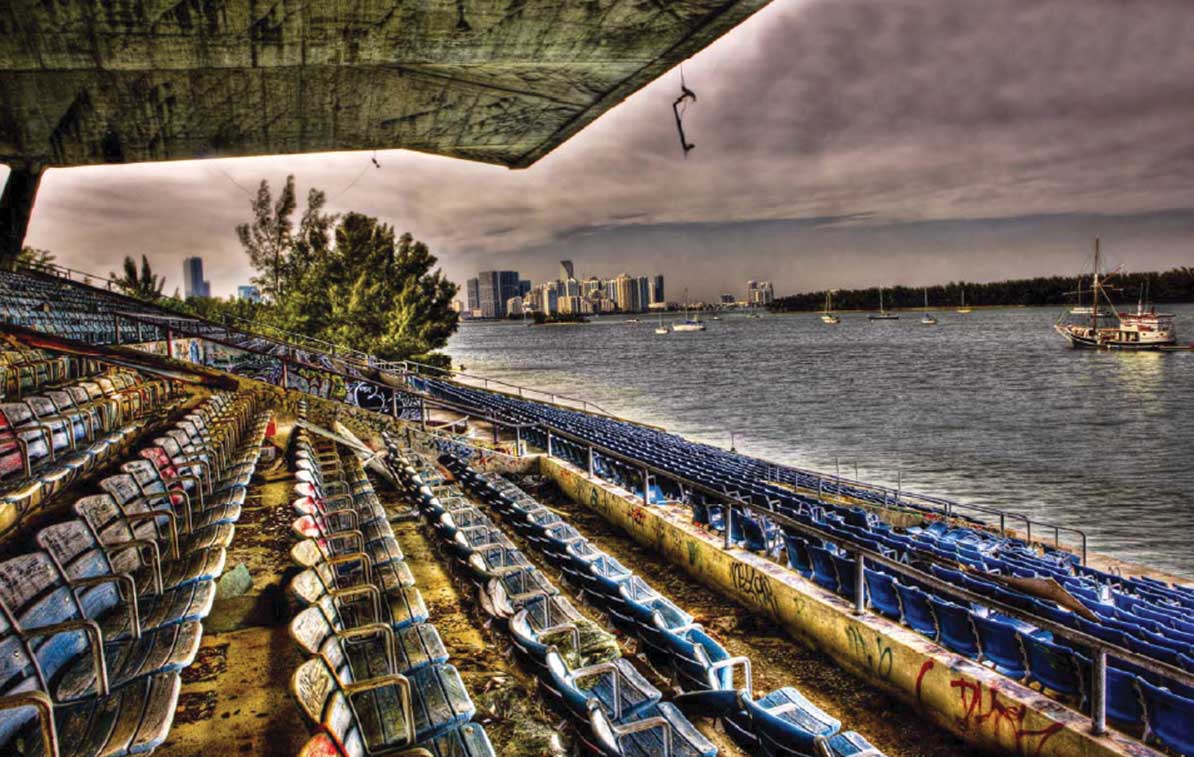 That’s the advice to Miami city commissioners from the new Virginia Key Advisory Board, to throw out all pending proposals for marinas on Virginia Key and start again from square one.

The advisory board is wasting no time diving into deep waters and taking action on major issues.

On June 29, at only its third meeting, the board voted to recommend the city throw out all proposals for marinas on the barrier island, request new proposals and require that all proposals conform to the official Virginia Key Master Plan adopted by city commissioners July 22, 2010.

The city owns most of the barrier island, connected to the mainland and Key Biscayne by the Rickenbacker Causeway, including Miami Marine Stadium.

The marina that fills the smaller basin northwest of the abandoned stadium is operated under an old lease. More than a year ago, the city began looking for a new operator.

On June 15, 2015, the Department of Real Estate and Asset Management requested proposals for an integrated package to “plan, redesign, renovate or redevelop, lease, manage and operate a mixed-use waterfront facility including, but not limited to, two marinas, a boatyard, dock master’s office, ship’s store, dry storage, wetslip docks, and at least one restaurant.”

The request went through several addenda, including one that called for adding 300 wet slips and the possibility of locating some of those slips in the big basin fronting the stadium.

The second- and third-place bidders filed protests but the city commission rejected them.

RCI Group’s $100 million redevelopment plan includes a large dry-storage building with an automated system to retrieve boats, a new layout for docks in the smaller basin, a two-story building for restaurant uses, a public baywalk and more.

At its meeting May 24, the advisory board discussed calling on the city to toss out all marina proposals and start the process again. Instead, it passed a resolution requesting the city commission not allow additional wet slips in the big basin.

From the outset, members of the advisory board haven’t been shy about expressing frustration and concerns about what’s taken place on the island since the 2010 master plan was adopted.

Some board members have railed against administrative staff about inconsistent master plan documents, and about changes to the island in recent years, including inviting the Miami International Boat Show to host its annual event on the land and water surrounding the idled stadium.

At the June 29 meeting, City Manager Daniel Alfonso asked the advisory board to listen to a presentation from the winning proposer for marina operations.

An architect with Arquitectonica represented the RCI Group and presented a slide show on the plan.

The proposal would have parking spaces in the lower levels of the main structure, with storage of boats above. The site plan calls for four pedestrian access points near the planned marina.

Board members questioned RCI about plans for wet slips in the main basin.

One plan showed 151 wet slips in the basin, said Mr. McDowell, but the removal of those proposed slips would not impact the overall development proposal from RCI.

Mr. McDowell said he was aware that city commissioners have decided they don’t want any slips in the basin, and he said RCI understands and would comply with those wishes.

Advisory board member Lynn B. Lewis asked him if RCI would promise in writing that it wouldn’t pursue the 151 wet slips in the basin.

“We’ve said we’d not put them in,” said Mr. McDowell, pointing out that no lease has been negotiated.

Ms. Lewis pushed the point, asking again if a promise would be made.

“Yes, we’re happy to not put the slips there,” Mr. McDowell said.

It didn’t seem to matter when the advisory board later voted to have the commission toss out the entire request for proposals.

Board member Vinson Richter wanted the record to be clear: the board had played no role in the request for proposals.

“There’s no way we vetted it, accept it or endorse it,” said Mr. Richter. “We’ve seen a nice presentation. That should be it.”

The resolution recommending the commission throw out all proposals and request new proposals consistent with the official Virginia Key Master Plan included the note that the advisory board did not favor any of the current bidders.

The city commission has scheduled a special meeting for 9 a.m. July 20 to decide the fate of the current request for proposals.

The city commission established the advisory board in January. It is to advise the commission on the mission, vision, business plan, governance and operation of the island and basin, the implementation of the Virginia Key 2010 Master Plan and the restoration of the stadium.

4 Responses to Marinas on Virginia Key get rejection slip