Advertisement
The Newspaper for the Future of Miami
Connect with us:
Front Page » Transportation » Transit trust puts first and last mile first 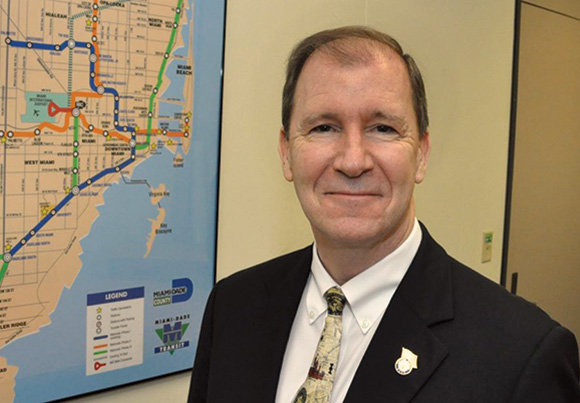 Among priorities for next year, the Citizens’ Independent Transportation Trust has targeted solutions for the “first and last mile,” the distance commuters travel from their homes to public transit and from transit to their destinations.

“There’s been a lot of discussion with Uber on how we can more efficiently come up with that feeder pattern,” Executive Director Charles Scurr told the trust’s directors June 16. Plans are underway for the trust to hold a half-day symposium on the issue before year’s end, he added.

“We want to bring in some of our best local talent, and maybe there are a couple of national speakers we might want to bring in,” he said. “We want to work with the Transit & Public Works Department and our other transportation partners to put together a good strategy for that first and last mile.

“It’s going to require changes to our ordinance, because we have some real restrictions about what surtax funds can be used for in this regard,” Mr. Scurr said. “We think a good progressive approach is the way to go.”

The group also will continue to host transportation summits, which it has done since 2013. The next is tentatively planned for next May or June. “We want it to be timely; that would be right before All Aboard Florida opens, so we think it might be a good time.” The trust might wait until after the train service has launched, however. “Maybe we need to build on that success,” Mr. Scurr said.

A third goal is to repackage and re-market PTP 2.0, the trust’s roadmap for transit improvements. Though public acceptance has been excellent since the new transportation funding plan was announced last October, Mr. Scurr said, a new and enhanced logo, a “rebranding” of the trust as its creator and more community outreach might boost it even further.

The executive director’s office will present final objectives and a proposed 2016-17 budget to the board in July, he said, to be in sync with Miami-Dade County’s budget process.