Advertisement
The Newspaper for the Future of Miami
Connect with us:
Front Page » Top Stories » South Dade tapped for first of rapid transit routes 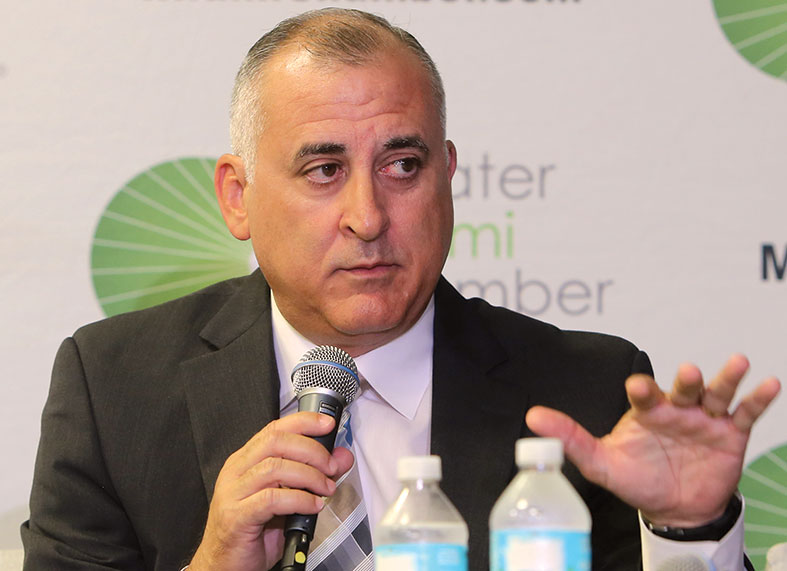 The search for gridlock solutions dominated the conference, with plenty of talk about the Strategic Miami Area Rapid Transit, or SMART, plan: six corridors “that directly support the mobility of our future population and employment growth.” The county Metropolitan Planning Organization (MPO) endorsed the plan in April.

Challenged by Chairman Mark Rosenberg to pick one project for the chamber to get behind, Mr. Bovo cited the South Dade TransitWay along US 1 from Kendall Drive to Southwest 344th Street in Florida City. The SMART plan calls for converting the US 1 Busway from “Enhanced Bus Service to Light Rail Transit (LRT) and/or appropriate premium transit technology.”

Mr. Bovo said within a few months commissioners will ask the MPO board to advance the South Dade TransitWay. He suggested that the MPO vote to request proposals for a public-private partnership on rapid transit there.

A traffic jam is “an equal opportunity stagnator” when it comes to an area’s economic strength, he said, and being stuck in traffic is not a lifestyle anyone would desire.

“One corridor will have to go first. We’ll have to choose,” he said.

The one route of the six in the SMART plan that “can be done quickly” is the South Dade TransitWay into Florida City, Mr. Bovo said. “We own the right of way,” a major advantage. Rapid transit on that route, he said, “unlocks the southern end of the county.”