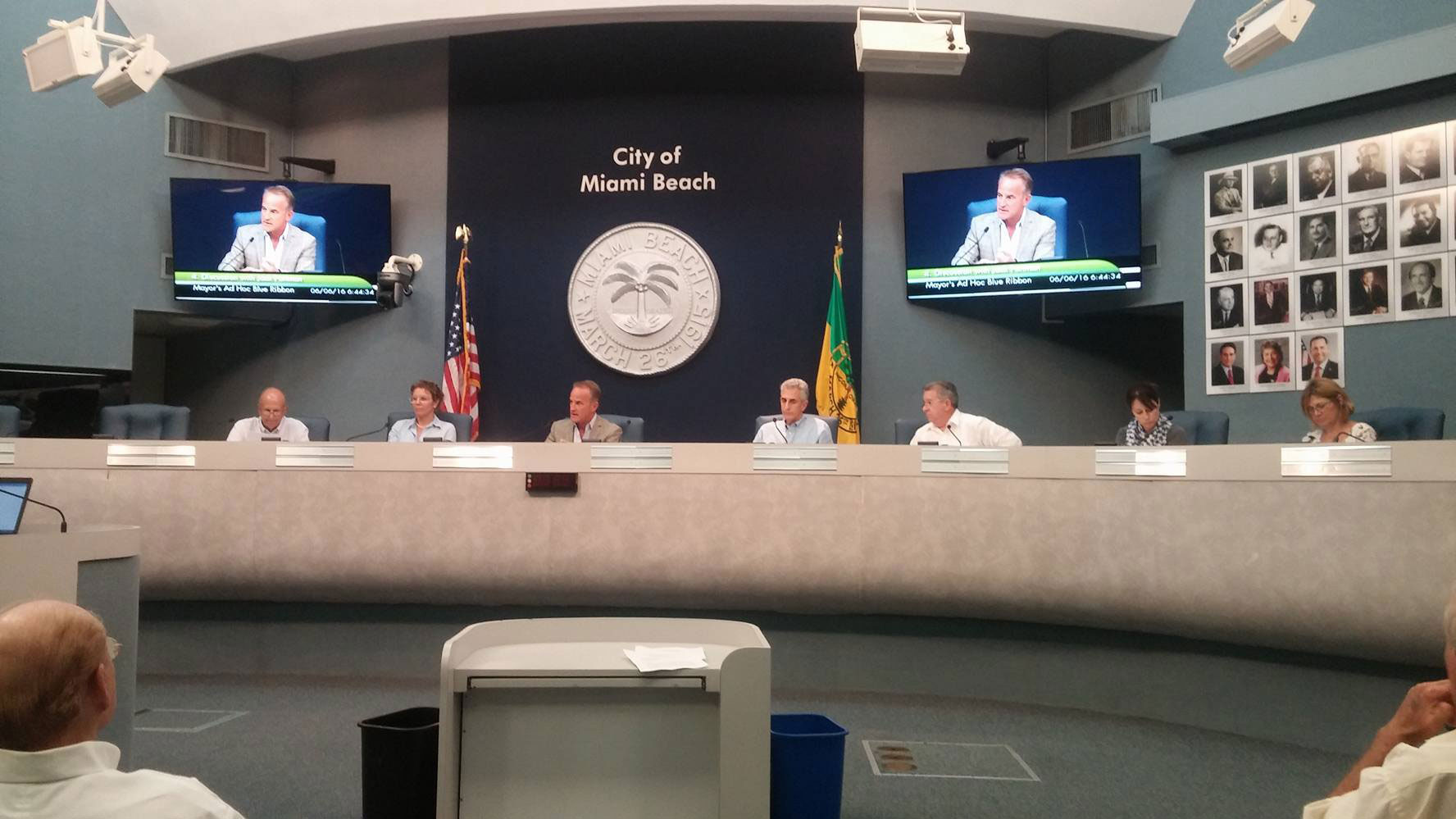 The only certainty in a Miami Beach team’s second meeting seeking a hotel adjacent to the now-expanding Miami Beach Convention Center was that there was a lot more uncertainty.

The seven-member panel split Monday over its next step, and the more the Blue Ribbon Steering Committee spoke, the more the notion of changing the hotel’s site was entertained and the likelihood of not having a recommendation to go on November’s ballot increased.

City Commissioner Kristen Rosen Gonzalez, vice chair of the committee, doesn’t see the city reaching the super-majority vote of 60% required to begin construction of a hotel adjacent to the $600 million convention center unless the location is changed.

“It can’t be on the corner of 17th Street, and I think that’s what this lease is bound to, and that’s unfortunate because we should have the freedom to move the hotel,” Ms. Rosen Gonzalez said. “The only way to build this hotel is to change the location.”

Initially only gaining 54% of votes in March’s ballot, traffic congestion was among concerns that saw some voters reject the hotel, especially with other events that may run concurrently with convention center events.

“If New World Symphony and the Jackie Gleason Theatre have an event, you can’t get out of the parking garage when the concert is over, and now add an 800-room hotel with an event going on, you don’t need a Ph.D. in traffic engineering to know that there will be a problem,” said panel member Saul Gross. “Which is why I thought putting it on 18th Street would relieve some of the stress on 17th Street”

Commissioner Ricky Arriola, chair of the committee, conceded that the panel may have to come up with another plan but said he would rather re-work the current plan.

“We got 54% of vote in favor of the hotel; a lot of feedback we got was with respect to height, traffic, design, number of rooms, so my thinking was if 54% was willing to go with an 800-room hotel at a certain height, if you lower the height, trim the number of rooms, tweak the design, I think we can get the 60% threshold,” Mr. Arriola said.

Jack Portman of Portman Holdings, the Atlanta-based company trying to secure the lease for land to construct the hotel, met with the panel and found it difficult to balance what the public wants with the success the hotel could bring.

“We came here to listen to what you want,” Mr. Portman said. “There’s two different visions here, the need for the convention center and the public’s opinion on what is appropriate. How the two can be balanced is beyond my capacity.”

Mr. Portman initially funded three polls in different neighborhoods to get feedback from residents on the plan. While he received favorable responses, the feedback was that people were against the mass, height and design of the hotel as well as the traffic congestion it might bring. He said he was willing to work with those issues but was left with more questions than answers.

“We’ve analyzed it and are amenable to remove the room count, the height, that is all doable,” Mr. Portman said. “The question is, do you want it to be done now or do you want a more elaborate exercise of the area on what is the best solution?”

Reducing the room count, though, could pose a problem, according to convention center experts. For the hotel’s mission to be successful, it needs 1,000 to 1,200 rooms to draw convention planners to the city, the experts say. Having 800 rooms was already a compromise, and further lowering the number, according to Mr. Arriola, would hinder the hotel in housing those from out of state attending center events.

The convention center hopes to attract 20 to 35 conventions and trade shows a year, a huge boon for the local economy. Success in attracting them, especially those from out of state, largely relies on a hotel to accommodate the visitors.

“You can’t ask a convention planner to book 50 different hotels with different room rates,” Mr. Arriola said. “They will have other options; they can go to Nashville, Austin and San Francisco, where they can make it real easy to do business. They can just say, ‘Here’s 1,200 rooms, $200 a room and you’re done.’ Or you can go to Miami Beach and negotiate with 50 different hotels and then plan on how to get all those people to the convention center. No one is going to do it. We need a big hotel.”

The panel is working with Florida International University’s Maria Ilcheva, a senior researcher at the Metropolitan Center, to craft a survey to get public feedback.

“The purpose of the survey, the way I see it, is to continue this discussion and to test various options,” Dr. Ilcheva said. “Your goal is to give us a range of option on what you want us to test when we ask the residents whether they like one option or the other and what are the critical points that will give you the 60% approval.”

She told the panel that she can create a survey by the panel’s next meeting June 20, where further discussions will be held on conducting the phone survey.

“We need to be precise on how we phrase the questions and that we are not misleading them and we won’t give them options that are not feasible,” she said. “We are calling 600 people in a phone survey and we will call as many as we need to.”

Though opinions split, the panel’s one agreement was that the target of giving the city commission a recommendation for November’s ballot – which would be the third time this plan would be voted on after failing in March and three years ago – is going to be very difficult.

Mr. Arriola said “November will be a big-time long shot. Let’s be realistic and not get our hopes up.” Ms. Rosen Gonzalez said she didn’t think it was possible to meet the November target. The panel decided the best way forward was to not rush the process.

“My opinion is we shouldn’t prejudge what the timing is going to be. We know what the issues are: height, traffic and design, for me those are the big three,” Mr. Gross said. “If we are seen rushing to try and meet an arbitrary deadline, we would do a disservice to the residents who are looking to the committee for a compromise. They would feel we are rushing and we would lose credibility.”

Whatever the decision, Mr. Arriola hopes something substantial will come out of the next meeting.