Written by Susan Danseyar on May 31, 2016
Advertisement 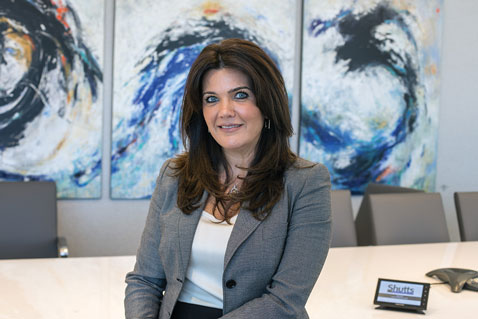 Aliette DelPozo Rodz always wanted to be a lawyer and feels at home in a courtroom. The first Hispanic female to become a partner at Shutts & Bowen at the considerably young age of 36, Ms. Rodz loves her litigation practice, which she describes as dynamic and always interesting.

For the most part, Ms. Rodz handles commercial cases with complex fraud and tort claims; business contract disputes; and shareholder disputes. She also represents institutions and assists them with creditor rights and issues pertaining to debts that have been incurred by their debtors.

As head of the firm’s Cuban Task Force, Ms. Rodz said it’s still the early, investigative phase and the laws, both from the Cuban and US sides, are a living and breathing organism. We are treading in unknown territory, after so many years of having no business exchange, she said, so there is no set way to do something.

One positive thing Ms. Rodz said she’s seen is both the US and the Cuban counterparts have always wanted to ask about benefits for their respective sides and see if they fit the regulatory parameters where they can and they are permissive to effectuate the mission, which is something to better the Cuban people.

When she’s been to seminars and talked about doing business in Cuba, Ms. Rodz said she stressed we can never lose the focus we need to think of, which is what do the Cuban people want and need, and how would a product or a service best serve them.

For as many years as she can see into the future, Ms. Rodz wants to continue doing the work for which she said she is so passionate. Whatever one does, she said, if you have a passion for it, you will succeed.

Just as meaningful to Ms. Rodz is her non-for-profit work, such as chairing the Florida Bar Grievance Committee for the 11th Judicial Circuit and chairing of the firm’s Focus on Women group. It’s very rewarding to be able to see people who want to learn, grow and become better people, Ms. Rodz said, like those in LEAP – Ladies Empowerment and Action Program, an organization she’s a member of that educates women in the prison system and provides them with a business plan.