Advertisement
The Newspaper for the Future of Miami
Connect with us:
Front Page » Government » No soccer at the Miami Marine Stadium Flex Park

No soccer at the Miami Marine Stadium Flex Park

Written by John Charles Robbins on May 17, 2016
Advertisement 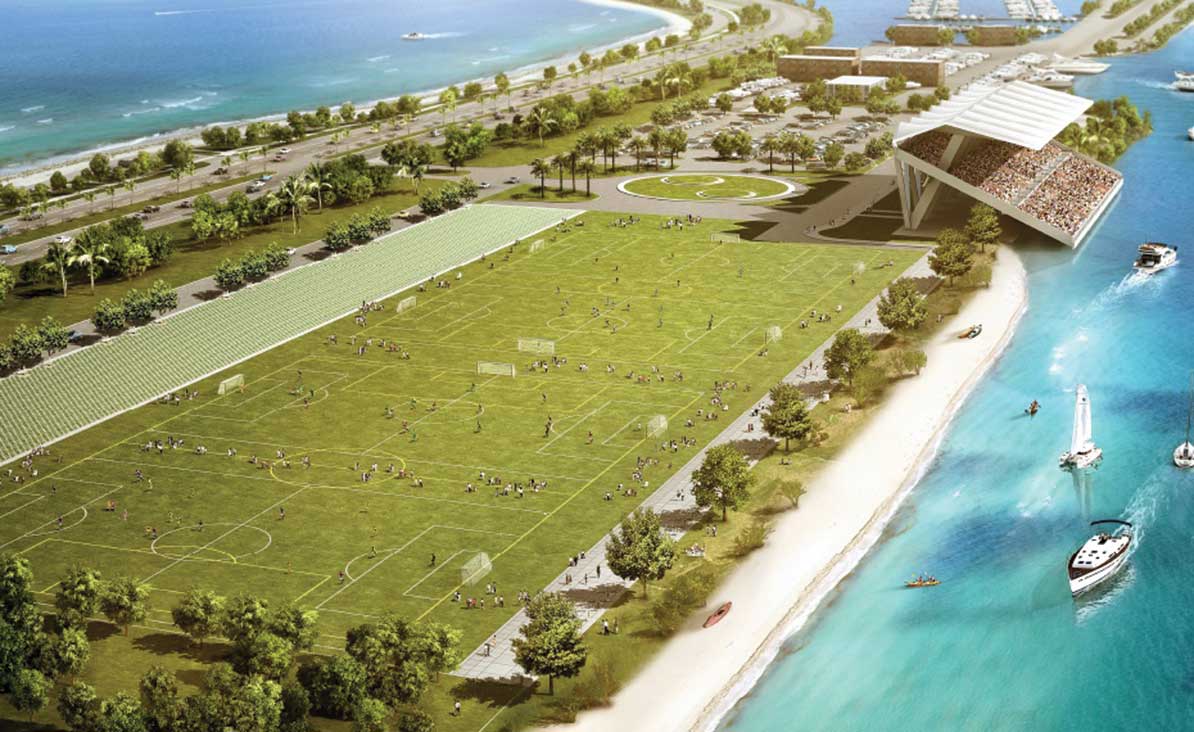 Children won’t be playing soccer at the Miami Marine Stadium Flex Park any time soon – if ever.

About a year ago, as City of Miami officials worked quickly to secure the Miami International Boat Show for Virginia Key, a promise was made that the proposed flex park next to idled Marine Stadium would be transformed into sporting fields 31 days after the boat show vacated the property.

That did not happen, and some city commissioners aren’t happy about it.

The city owns most of the barrier island, and allowing use of the land around the stadium for the boat show has led to bad blood with neighboring Village of Key Biscayne and a flurry of litigation. Village leaders fear over-use of the stadium and grounds, leading to a crippling addition of traffic on Rickenbacker Causeway, the only road in and out of Key Biscayne.

City commissioners approved spending more than $20 million to create the flex park – from a new hard surface to electric connections and acres of elaborate tents – with its first use being the 2016 boat show in February.

At the end of the commission’s May 12 meeting, Commissioner Frank Carollo brought up the flex park. He mentioned the administration’s promise of soccer fields 31 days after the boat show cleared the property.

Word surfaces that the administration wants to go a “new direction,” said Mr. Carollo, yet the topic is not brought back to the commission.

“I think we need to have that discussion,” he said.

“I agree. It was part of the deal,” said Chairman Keon Hardemon. The promise of a large park space with artificial green turf helped persuade the commission to forge ahead with expensive improvements to the site, he said.

“If not for this, there may not have been a flex park,” said Mr. Hardemon.

City Manager Daniel Alfonso said the effort to secure the boat show for the site “was done somewhat hurriedly,” on a directive from commissioners.

Once engineers and workers began making improvements, slope and drainage issues made it difficult to apply artificial turf, he said.

“Astroturf will not work,” Mr. Alfonso said. “We can’t put green turf on top [of the new hard surface]… it won’t be a level field.”

Mr. Carollo said the commission should have been informed when those issues arose. He said it’s a problem that the administration is going a new direction without involving commissioners – the policymakers.

“We already decided the direction and it was not followed,” Mr. Carollo said.

Mr. Alfonso eventually said, “I agree. We should have come back earlier.”

Mr. Hardemon agreed the work was done quickly but asked, “Was the space ever evaluated?”

Mr. Alfonso said staff believed it was possible to convert the space back to a turf-covered area, but when they began work to bury footings for the large tents and put in the drainage fields “things came up.”

Because of a change in elevation at the site, it would be very difficult to make the area into level playing fields, “so we started looking at other options,” he said.

Uses at the flex park beyond the boat show were never defined, though some city officials talked of youth and adult soccer leagues possibly using the large area south of the stadium.

“Our intent is to come up with an organized plan,” Mr. Alfonso said of the open space. He said some groups have expressed interest in using the tents and the site, including one planning a Dolphins fan fest. The space could also be used for auto shows, a home show or events tied to Art Basel, he said.

“We’ll put a calendar together,” Mr. Alfonso said of events for the flex park. The boat show will remain the biggest user, he said, and perhaps “smaller, less invasive” events can fill in the other days.

He cited, as an example, a paddleboard competition held on a recent weekend at the site.

The city manager said he intends to take these ideas to the newly established Virginia Key Advisory Board and then the city commission.

Mr. Alfonso said he will discuss with the new board members “how to best activate that space.”

It is one of several issues to be considered by the new board.

The commission established the advisory board in January to advise the commission on the mission, vision, business plan, governance and operation of the island and basin, the implementation of the Virginia Key 2010 Master Plan, and the restoration of Marine Stadium, abandoned and deteriorating since Hurricane Andrew in 1992.

In an email to Mr. Alfonso on May 11, the advisory board’s chairman, Gregory Bush, mentioned the importance of referring any impending actions related to Virginia Key to the new board “before they are put before the commission or are implemented by your administration.”

Mr. Bush also informed the city manager of the advisory board’s May 2 vote requesting a deferral of any decision on the current request for proposals process related to the marina on Virginia Key “until our board has made its recommendation to the commission.”

Mr. Bush also said the board should be provided with the 2010 Virginia Key Master Plan that was adopted by the city commission in July 2010.

In a response email written the same day, Mr. Alfonso wrote in part, “The Marina RFP has being ongoing for some time. There are two protests of the Award from the losing bidders. The Protests will be heard at Commission on May 26.”

The advisory board’s next meeting is scheduled for 5:30 p.m. May 24 at City Hall.

Mr. Alfonso concluded his email to Mr. Bush writing, “We intend to go to the meeting on the 24th and speak to the board about the key issues you mentioned. Looking forward to our working together.”

The new board has also invited city Planning Director Francisco Garcia to make a presentation on the master plan.

The board is also being asked to review a fund-raising proposal to generate money for restoration of the marine stadium. Commissioners briefly discussed the matter May 12 but deferred so the new board could consider the idea.

Heineken USA reached out to the National Trust for Historic Preservation to partner in a crowdfunding campaign to raise funds to assist with renovation of the stadium. The campaign might include auctioning off some of the stadium’s seats.

Commissioner Ken Russell suggested the parties go before the new advisory board, noting there could be concerns about naming rights, sponsorships, signage or other related issues tied to Heineken’s involvement.

All of the commissioners and Mayor Regalado support restoring the stadium.