Advertisement
The Newspaper for the Future of Miami
Connect with us:
Front Page » Business & Finance » Hotel room rates for the Miami area nation’s highest

Written by Marilyn Bowden on May 10, 2016
Advertisement 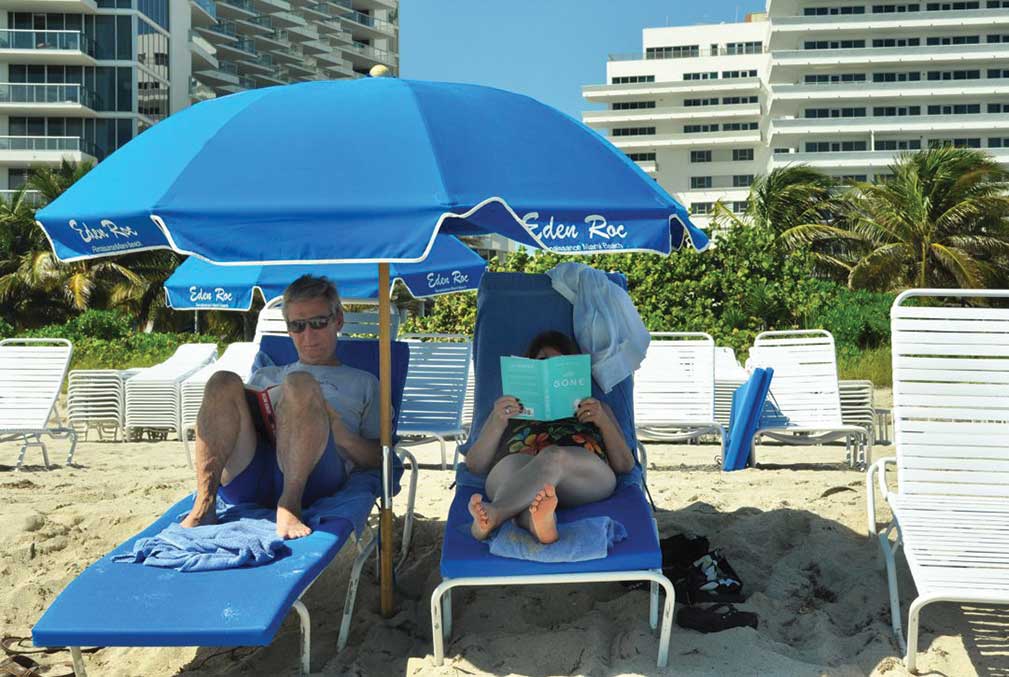 Hotel room rates for the Miami area in the first quarter were the highest in the nation, allaying fears that the industry might face room-rate pressures due to an explosion of new hotel construction.

According to STR, a data and analytics specialist in the hospitality field, Miami-Hialeah’s average daily room rate for January-March was $246.30. That’s 1.7% lower than the area’s 2015 average, but still higher than average daily rates during the same period in San Francisco ($235.57), Oahu, Hawaii ($220.41) and New York City ($202.07), Miami’s closest competitors.

Miami also held the top position in revenue per available room – a performance metric in the hotel industry calculated by multiplying a hotel’s average daily room rate by its occupancy rate.

While occupancy in Miami hotels fell from 84.8% in the first quarter of 2015 to 83.2% during the same period this year, Jan D. Freitag, STR’s senior vice president for lodging insights, advised that to interpret these numbers “we have to keep in mind that we had Easter in March this year, which has a positive effect on leisure travel but fewer group travels.”

In general, Mr. Freitag said, the hotel industry is driven by supply and demand, and it’s in those statistics, if anywhere, that concern for the future of the local market might be found.

“Demand is rather volatile, but supply stays with you for 50 years. One quarter does not a trend make, but it’s worth keeping an eye on.”

Rolando Aedo, the Greater Miami Convention & Visitors Bureau’s senior vice president for marketing & tourism, reported visitor increases of 9% on the domestic side, 7% from Europe and 3% from Latin America.

“We are selling a record number of room-nights,” he said, “and that continues to drive a lot of our business.”

“Both the Marriott brand and the Hyatt brand are expanding their commitment to Miami,” Mr. Aedo said. “Adding more inventory will create more competition and more choices for visitors. The renovation and expansion of the Miami Beach Convention Center and hopefully a new headquarters hotel on Miami Beach will propel us to be even more successful.”

“There are different forecasts for the industry. Occupancy in the Miami market overall is expected to go down a bit as opposed to last year because of all the new supply in the area.”

“In any market, it takes time for new product to get absorbed,” said Scott Berman, US hospitality & leisure practice leader at the accounting firm PwC. “There are other sources that are driving hotel performance so far this year.

“Certainly the situation in Brazil has impacted demand. So have currency fluctuations, the state of the dollar and stock market volatility. Transient leisure travel was quite lean in January and February, while group travel was okay but then fell off the cliff in March.

“Even the Zika virus could be a factor,” Mr. Berman said. “Orlando has already been on the defensive, saying that things are going to be fine, but their future bookings appear to be off.”

Statistics generally take into account only traditional supply, he said, but hotels are increasingly competing with short-term rentals.

“Hotels are having to adjust to new strategies to try to keep their numbers up,” Dr. Beckman said. “For example, the Fontainebleau has addressed it by attracting more groups.”

Because short-term rental properties are largely unregulated, he said, they are often perceived by the hotel industry as unfair competition. FIU’s hospitality school is involved in a study of the issue in different parts of the country.

“We’re looking at what the regulations are,” Dr. Beckman said, “and whether they apply to short-term rentals. Should they be held to the same standards of buyer safety as hotels? There are fire-safety codes in some municipalities that apply when you sell to a transient population. There is a push for a bed tax for short-term rentals in many areas.

“Competition is good and helps make us all better, but at the same time we want the consumer to be safe. The whole lodging industry – especially hotels – is hoping for a level playing field.”

“These types of issues are sporadic,” Mr. Berman said. “The good news is the US market has strengthened, and as long as Miami International Airport continues to add direct flights, that is also good for the overall hotel industry.

Miami’s hotel rooms sold rose 4.3% in March from March 2015, according to figures provided by the Greater Miami Convention & Visitors Bureau. The total number was 1,383,625 rooms sold.