Advertisement
The Newspaper for the Future of Miami
Connect with us:
Front Page » Arts & Culture » Ethan Canin’s “A Doubter’s Almanac” hard to put down

Ethan Canin’s “A Doubter’s Almanac” hard to put down

Written by Marilyn Bowden on May 3, 2016
Advertisement 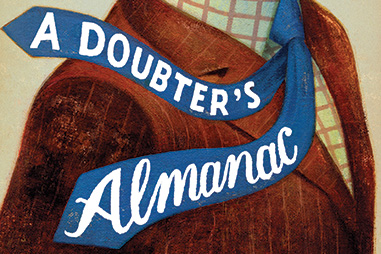 Stories about genius and its trials abound, but a 576-page novel about a genius whose obsession is mathematics might not sound like a page-turner. From its first pages, however, Ethan Canin’s “A Doubter’s Almanac” is difficult to put down.

Mr. Canin is guest speaker for a members-only meeting of the Brickell Avenue Literary Society at noon May 9 in the Wolfson Auditorium, Temple Israel of Greater Miami, 137 NE 19th St.

Making theoretical mathematics fascinating is just one of the difficulties Mr. Canin faced in writing this novel. Getting readers to care about his main character, Milo Andret – arrogant, self-centered, misogynist, often downright repulsive – was perhaps the greater challenge.

Andret is introduced as an intelligent boy growing up in the woods of northern Michigan, unaware as yet of the abilities for which he will soon be labeled a genius.

“He was an only child,” Mr. Canin writes, “and from early in his life had invented solitary games – long treks into the landscape with certain self-imposed rules (two right turns to every left, exactly a thousand steps from departure to return, the winding brook crossed only when it bent to the west)” – obsessive, yes, but not yet obnoxious.

Milo shares with his mother a sort of internal GPS: “He’d long been able to picture the world, all of its six directions, his exact place in any three-dimensional topography.”

In his 20s, Milo is universally acclaimed for proving the Malosz conjecture, for which he wins a coveted Fields medal.

“Everywhere around him,” Mr. Canin writes, “he could feel the density of admiration. This was the great elixir of his life” – and perhaps his greatest curse.

“A Doubter’s Almanac” is narrated by Milo Andret’s son, Hans, who has inherited his father’s mathematical brilliance as well as his addictive tendencies, and through him the novel questions what “genius” really means.

Is it really a term for a superior mind as Milo’s long-suffering wife believes, or is it an aberration, “a true degenerative psychosis belonging to the group of moral insanity,” as suggested by Hans’s therapist at a high-class rehab center?

Is it a search for some elusive missing piece? Earl Biettermann, Milo’s colleague and rival, calls that something “the real nature of your desire. … It’s the hole that can never be filled.”

Ethan Canin – who attended Harvard Medical School after graduating from the University of Iowa Writers’ Workshop, fearing he’d never make a living as a writer – is the author of seven widely acclaimed works of fiction. His short stories have appeared in a wide range of magazines, including New Yorker, Atlantic Monthly, Esquire, Paris Review and Granta, and have been selected for many prize anthologies. He’s now the F. Wendell Miller Professor of English & Creative Writing at the University of Iowa Writers’ Workshop, where his students have included Eleanor Catton, the youngest person ever to capture the Man Booker Prize.