Advertisement
The Newspaper for the Future of Miami
Connect with us:
Front Page » Government » Trying again for grand promenade on Biscayne Boulevard 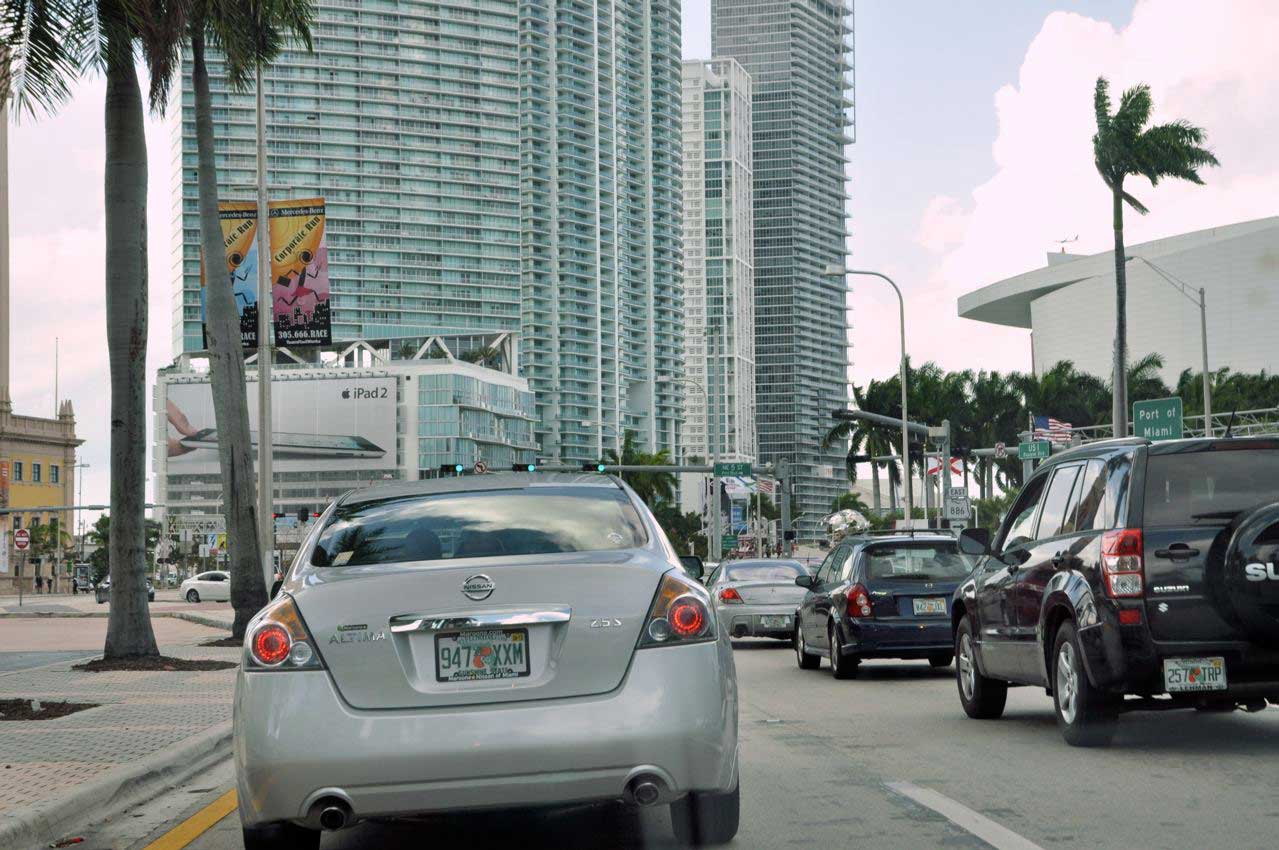 Turned down in October for $1 million in Florida Department of Transportation funding for the Biscayne Green project to build a grand promenade on Biscayne Boulevard, Miami’s Downtown Development Authority has re-applied to the department, said Eric Riel, Jr., leader of the authority’s planning, design, and transportation team, at last week’s authority board meeting.

But authority directors are frustrated that so little progress has been made on the project, which has been on the drawing boards since 2010. Biscayne Green aims to reduce driving lanes from eight to four or six from Biscayne Boulevard Way to Northeast Eighth Street and replace them with grass, trees, street furniture and other features that will link Biscayne Bay and Bayfront Park to downtown.

“Can we get some sort of game plan?” asked board member Richard Lydecker, who is senior partner of the Lydecker-Diaz law firm. “We have studies, but no results. I don’t feel we’re moving forward.”

The authority has hired local and Tallahassee lobbyists who should be able to cut through the state agency’s red tape and get the project going, he added.

“We talk and talk, but nothing is accomplished,” said board member Alan Ojeda, who is president of Rilea Development Group. “We do another study. I think this is a big problem we have; I don’t see things getting done.”

“We’re an authority with no authority,” said Alyce Robertson, executive director. She acknowledged that the state transportation department is “not easy to deal with,” but said that part of the fault lies in government agencies, which don’t communicate well.

“I’d be happy if we just got a ‘no.’ Then we could stop talking and take it off the list. But we’re not moving down the field at all,” Mr. Lydecker said.

Actually, Biscayne Green didn’t get a “no” in October but was outranked by other projects that were chosen for funding, said Ivette Ruiz-Paz, spokesperson for the transportation department’s District 6, at that time.

“After an intensive evaluation process in collaboration with the Metropolitan Planning Organization’s Evaluation Committee, the Biscayne Green project ranked No. 16 out of 34 applications received from local agencies in Miami-Dade and Monroe counties,” she explained.

“Our role at the DDA is to be the squeaky wheel,” said authority Vice Chair Neisen Kasdin, who is office managing shareholder of Akerman LLP, at last week’s meeting. “We need to get in the agency’s face. It takes pursuit, follow-up, and documentation. Staff needs to push the boulder uphill.”

Mr. Kasdin, who chairs the authority’s Flagler Street Task Force, said the long-awaited project finally broke ground this year because the committee demanded updates from the City of Miami every second week.

“This is clearly too slow,” said authority Chair Ken Russell, who is a Miami city commissioner. “We need to have a point person, and we need a bullet list” to determine where the bottlenecks are, and who to contact to get around them.

“This is primarily a staff function,” Mr. Kasdin said. “But if we’re paying a lobbyist, use them.”

5 Responses to Trying again for grand promenade on Biscayne Boulevard