Advertisement
The Newspaper for the Future of Miami
Connect with us:
Front Page » Transportation » MiamiCentral is on track for a 2017 opening

MiamiCentral is on track for a 2017 opening 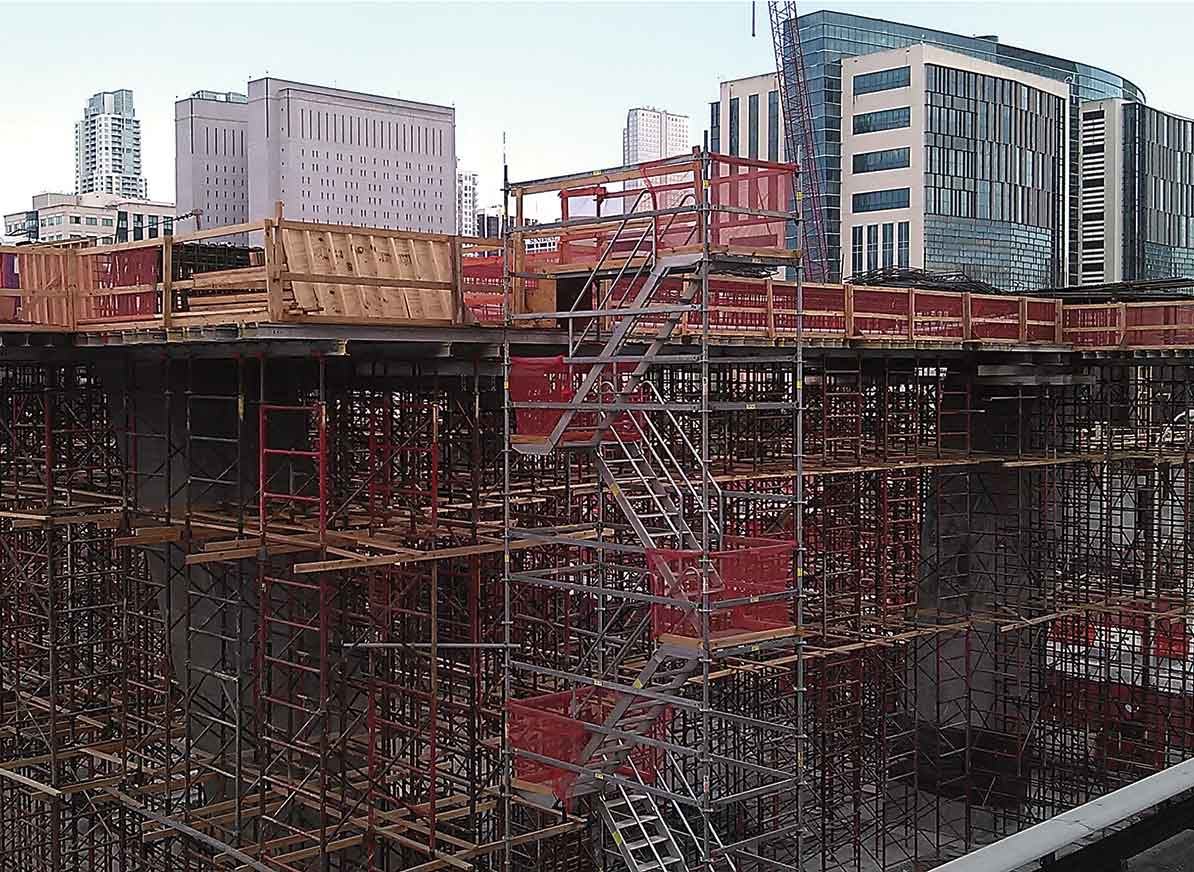 The ground that once was home to Miami’s train station is today evolving on a daily basis with tons of new steel and concrete.

MiamiCentral is on track for a 2017 opening, and with it, apartments, shops, offices and other companion commercial uses will debut downtown.

The new station is more of a transportation hub, with connections to several modes of public transit.

Its primary function is home to a new passenger rail service called Brightline.

The new rail station is being integrated with the Miami-Dade County Metrorail and Metromover systems, and is being considered a major transit hub for the city with connections to buses, trolleys, taxis and more.

Just west of the main construction, developer All Aboard Florida is also busy building a mixed-use project known as 3 MiamiCentral that will bring a grocer, along with office and retail uses to Overtown.

“MiamiCentral is rising,” said Scott Sanders, executive vice president of development and construction for Brightline and All Aboard Florida.

“More than 250 workers are on the 11-acre site each day and we are seeing the results of their efforts as our MiamiCentral buildings and train columns take shape,” he said.

According to Mr. Sanders, here’s what’s happening at MiamiCentral:

•Installation of steel for building walls.

•Back-filling and grading for foundations.

•Site work and excavation continues throughout.

Mr. Sanders said support work is also happening off-site as precast concrete panels that make up the giant V structures are being fabricated, along with other portions of the steel structural system.

In the meantime, new steel rail is being delivered and installed along the route.

This month, crews working for All Aboard Florida offloaded the sixth major shipment of new rail within the Florida East Coast Railway right-of-way throughout Boca Raton, Pompano Beach, Hallandale Beach and North Miami.

All Aboard Florida selected Suffolk Construction Co. as general contractor for MiamiCentral, and site clearing and demolition began in late 2014.

At MiamiCentral, the Brightline tracks and station will be elevated 50 feet to align with existing public transportation systems, with retail spaces beneath the tracks. The company says the innovative design will allow thru-streets to remain open to traffic and create an atmosphere of walkability, while creating a “landmark terminal.”

“The transportation hub will include mixed-use development with residential, office, commercial and a retail concourse, while serving as a connector between Brightline’s passengers and Miami’s existing public transport systems,” said Mr. Sanders.

The Overtown site will also be a mixed-use development with retail, commercial and parking to support and enhance the transportation hub, he said.

3 MiamiCentral is rising on property hugged by Northwest Sixth and Seventh streets and Northwest First Court and Second Avenue. Its neighbor to the east is the Miami-Dade County Administration Building.

Facchina Construction of Florida is the contractor.

One of the first tenants at 3 MiamiCentral will be All Aboard Florida, which will relocate its corporate headquarters there from Coral Gables.

The company says it isn’t prepared to announce tenants, although representatives have said they’re in discussions with many potential retail, commercial and restaurant/cafe tenants, including reaching out to local vendors and known names for the “foodie” space.

“As the building continues, announcements about office tenants and food and beverage offerings will be forthcoming,” Mr. Sanders said this week.

The retail component of MiamiCentral is to include about 200,000 leasable square feet on the street level and in the main terminal concourse.

In September 2015, All Aboard Florida announced that excavation of the site along Northwest First Avenue had begun for what is planned as two apartment buildings offering more than 800 rental units, plus a 200,000-square-foot office building.

The Brightline station is expected to open in mid-2017 when service on the new express inter-city service from Miami to Fort Lauderdale and West Palm Beach is also to begin. A link to Orlando is expected to be complete in late 2017.

In related news, Brightline on Monday announced its President and CEO Michael Reininger was awarded as one of Engineering News Record’s Top 25 Newsmakers, at the Newsmakers Awards Luncheon in New York. Newsmakers were chosen for accomplishments, leadership and innovative approach.

Mr. Reininger joined Brightline in 2012 as chief development officer. He leads more than 50 people as president and is responsible for overseeing all aspects of the passenger rail service and 4 million square feet of urban real estate around the three South Florida stations.

All Aboard Florida is a wholly-owned subsidiary of Florida East Coast Industries, and the corporate parent of Brightline and MiamiCentral.

10 Responses to MiamiCentral is on track for a 2017 opening