Advertisement
The Newspaper for the Future of Miami
Connect with us:
Front Page » Top Stories » County to replace Miami International Airport Hotel

Written by Susan Danseyar and Camila Cepero on April 12, 2016
Advertisement 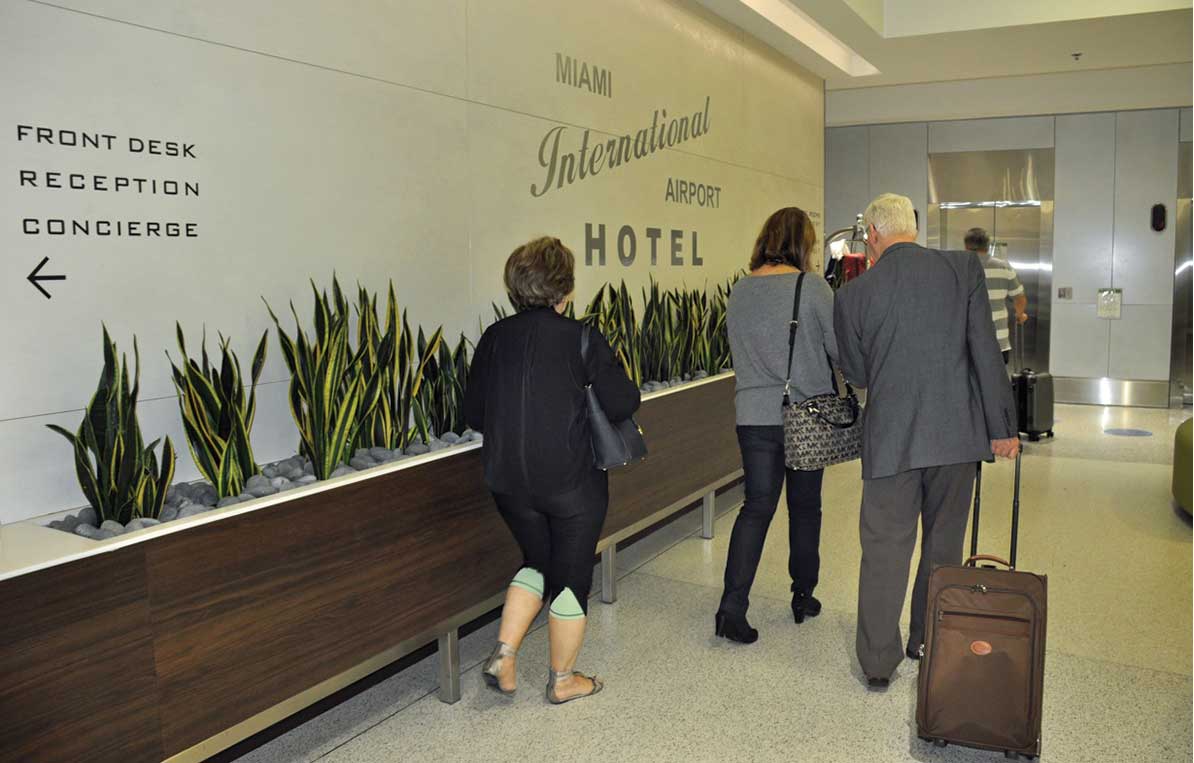 The search for an operator interested in running the aging but profitable Miami International Airport Hotel will extend a bit longer even while county aviation officials plan to develop a new four-star hotel on airport property.

Meanwhile, aviation officials will review options to run the current 57-year-old hotel, including asking for proposals from companies that already bid as well as new ones that have since expressed enthusiasm as well as considering creative partnerships.

It’s a mystery to commissioners why the hunt for an operator has been in a holding pattern for over a decade. Meanwhile, the county-owned MIA hotel is managed month to month by Hotels International Inc., which the commission and Aviation Department have long wanted to oust in the wake of an alleged overbilling scheme by some of its employees.

“What seems to be the problem?” asked Dennis Moss at the April 5 meeting. “With all the hotel rooms we’ve got coming to Miami and a hotel at the airport that’s extremely convenient, why can’t we find someone who’s qualified to bid?”

That’s a good question, Mr. González replied. “We do get people who bid,” he said, explaining that four firms responded on Nov. 24, 2014, to a project advertised Oct. 3, 2014, for a qualified organization “to manage, operate and maintain a first-class, full-service hotel and related amenities” at the airport.

Three of the four did not meet bid parameters and the fourth was ultimately unable to reach a labor peace agreement as the county requires, Mr. González said.

This is not the first time commissioners have been asked to reject bids for operating the airport hotel or expressed frustration with what appears to them a less than robust interest.

“What is missing here?” asked Xavier Suarez. “I can’t believe it’s due to a lack of attention or energy on your staff,” he said to Mr. González. “But we don’t seem to have enough interest even with 44 million passengers going through an airport in an international city with a captive market.”

Mr. Suarez said the Soffer family, which developed Aventura, expressed interest some four years ago and then – nothing. “Are our specifications on the bid setting the bar too high such that people are turned off?”

Mr. Moss added that he wants to be sure the county is doing everything possible to find a qualified operator for the hotel. “Are we looking at what can be attractive to someone?” he asked. “Why isn’t a chain like Marriott interested?”

The hotel inside the airport was built in 1959. “That’s quite an old building with a shelf life and anyone who bids now knows there’s a time limit,” Mr. González said. “The bigger chains take a step back because it’s an old hotel and they want to re-brand. There might be interest, but in a luxury hotel.”

Interestingly, Mr. Gonzalez said, the aviation department has received communications from companies since the proposals were due back that said they would be interested in bidding should the opportunity arise again. There are no plans at this time to re-bid.

Rather, Mr. González said, the department has a number of options to review, including exploring the new companies that have expressed interest and seeing if a local college or university with a school of hospitality might like to operate the hotel.

Florida International Uni-versity’s hospitality school for years has been rated among the best in the nation.

The airport hotel is quite lucrative, Mr. González said. “Some months, occupancy is over 100%, and the advertising budget is zero.”

Speaking the day after the commission meeting at the Greater Chamber of Commerce’s trustee lunch, Mr. González said that 10 years from now the current hotel either must come down, be renovated or turned into offices.

“At the same time, we’re looking at another project to build on airport property – more than likely a four-star hotel,” Mr. González said, explaining that the process leading up to soliciting proposals and selecting someone will probably start later this year. It’s necessary to begin work that far in advance, he said, because “bid protests could mean it would take years before that first shovelful of dirt is moved.”

The MIA hotel, at concourse E, has 252 rooms. Mr. González said he has seen estimates that the airport needs a hotel with about 800 rooms.

“At the rate we’re growing, we have people not just spend the night when they miss a flight, but also people who have early morning flights spend the night before so they don’t have to get up so early,” he said. “It’s a great business for us; a new hotel is on the horizon as part of our near-term plans.”