Advertisement
The Newspaper for the Future of Miami
Connect with us:
Front Page » Top Stories » County set to begin beach renourishment 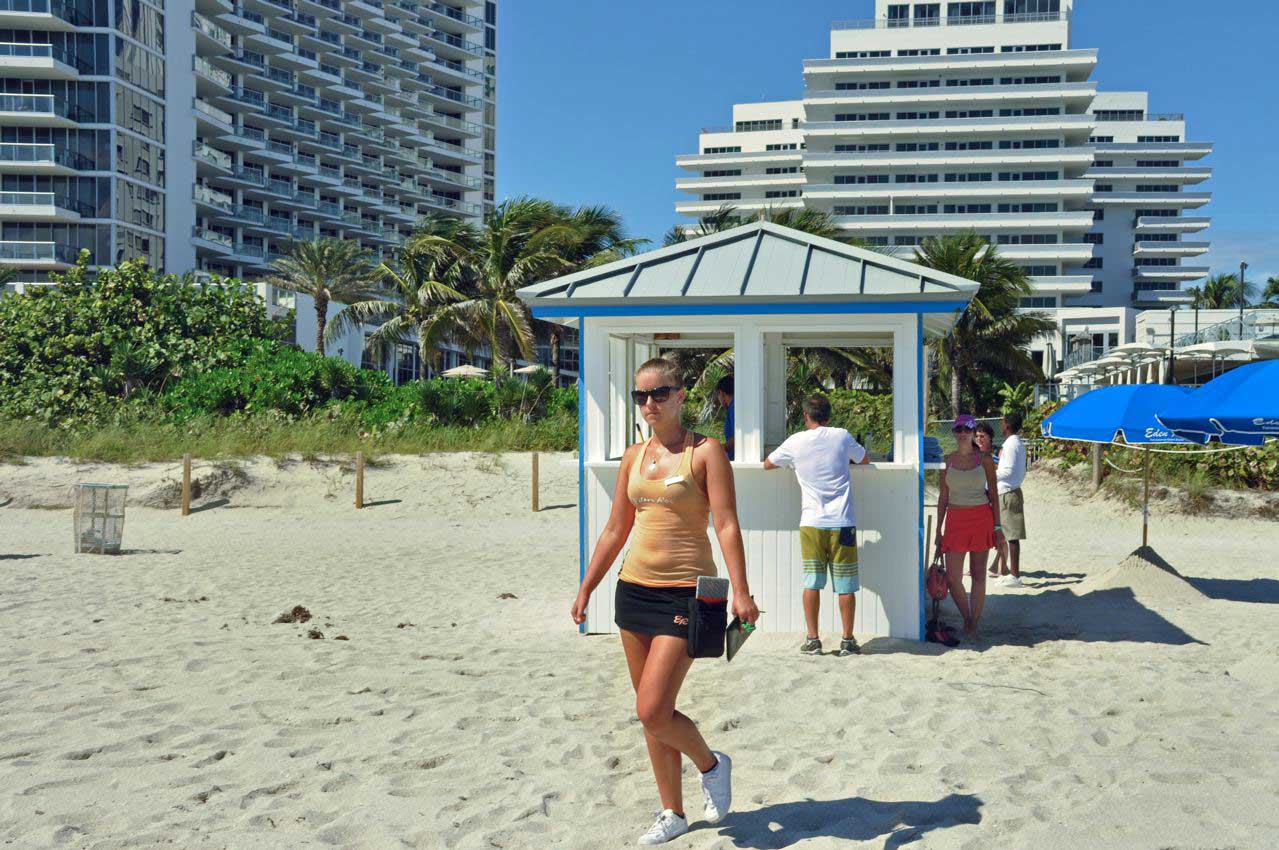 County officials are just about ready to begin this summer’s beach nourishment in an ongoing effort help recover the impacts of coastal erosion.

Several Miami Beach “hot spots” especially vulnerable to erosion, at 46th Street and 53rd Street, are targeted for beach nourishment this summer. The project will add 220,000 cubic yards of sand to the shoreline.

County officials re-visit the two areas steadily and expect them to regularly need nourishment due to erosion, which can be a product of factors such as currents near the shoreline and sand piling up near jetties.

In 1968, Congress authorized the US Army Corps of Engineers to construct the Dade County Beach Erosion Control and Hurricane Protection Project after county officials requested federal assistance with shore erosion.

In general, sand for renourish-ment comes from offshore sites or upland sources, but sand sources offshore of the county are nearly depleted, so for these locations and probably all future projects, the county will use upland sources. Therefore, the sand, which is usually transported using dredges and pipelines, will be hauled in by trucks this summer.

This summer’s project is federally funded as a joint effort between the US Army Corps of Engineers, the state of Florida and Miami-Dade County, which will “bid out” the project, said Jamie Monty, manager of the restoration and enhancement section of Miami-Dade County’s Department of Regulatory and Economic Resources’ Environmental Resources Management.

Officials plan to officially advertise a request for proposals in mid-April, after which bids can go to the Army Corps of Engineers.

Afterward, applicants will have to submit sand samples and paperwork verifying that the sand has undergone sediment analysis, Ms. Monty said. The results must show that the sand source meets county-specific screening criteria.

Sediment color is especially important to sea turtles and other species that use the beach as habitat.

During the project, the beach sites will be taking extra precautions such as using flagmen to keep beachgoers safe.

“[Beaches] will remain open to the public. When there are trucks moving, or even utilizing the staging areas in the parking lot, there will be flagmen,” Ms. Monty said.

Projects like these, which require multi-million-dollar cost-sharing, mean that the agencies won’t be revealing exact budget numbers, Ms. Monty said.

The project will be awarded to the lowest bidder in June and contractors should begin mobilizing by July and getting the trucks and equipment to the sites, she said. The equipment and sand will be staged in parking lot areas.

“Because there are two different areas, the end date depends on what the contractor chooses to do,” Ms. Monty said. Workers might finish one area first then move on to the second, or they might work on both areas concurrently, in which case the project could be finished sooner.

“Definitely, the deadline is open-ended,” she said. The project might be completed as early as December, or if it is done in two stages, as early as February.

One Response to County set to begin beach renourishment