Advertisement
The Newspaper for the Future of Miami
Connect with us:
Front Page » Real Estate » New hotel boom on Northwest 36th St. 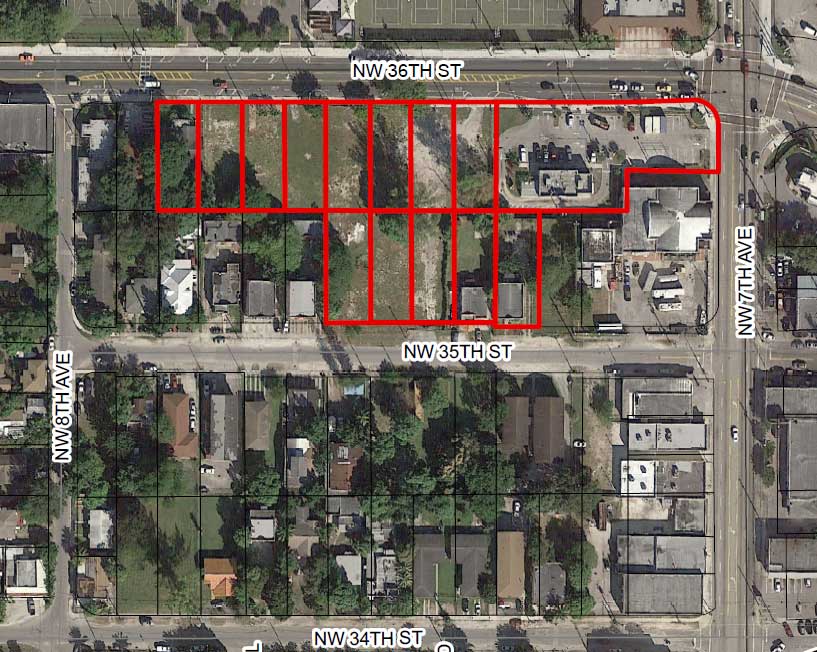 Back in the day, before the Airport Expressway, Northwest 36th Street was the major road in and out of Miami International Airport. The freeway changed much of that, leaving the once-thriving corridor a shadow of what it once promised to be.

But today, when new growth seems to be popping up all over Miami-Dade, developers are investing big money to build brand new hotels on 36th Street and a revival appears to be in the making.

Commissioner Wifredo “Willy” Gort said he was pleased to see the hotel proposal and is encouraged by the rebirth of the area.

“Thirty-sixth used to be a main street, with lots of major stores. A lot had left the area but now are coming back. This project will help the area,” said Mr. Gort as he moved to approve rezoning.

Mr. Gort also noted the significance of 36th Street’s connection to the booming areas of Wynwood and the Design District.

The hotel property is about 250 feet from the intersection of Northwest Seventh Avenue and Northwest 36th Street (also known as US 27).

In a written proposal for the rezoning, Ms. Escarra characterized the hotel project as “a much needed private redevelopment initiative to serve this area.”

The developer promises a restrictive covenant to run with the land that will restrict the hotel to a height of eight stories, she said. The covenant will also tie the back lots to the hotel, restricting the use to accessory parking to support the hotel.

“Access to the Parking Property will be through the Hotel Property, so as to limit the impact on the surrounding residential uses,” she wrote.

“Northwest 36th Street is a Major Thoroughfare which connects from Biscayne Bay on the East to the Florida Turnpike on the West,” wrote Ms. Escarra.

The area abutting Northwest 36th Street is no longer suited for residential uses and is better suited for lodging to revitalize the area and create jobs, she wrote.

Ms. Escarra told commissioners this hotel is one of three her firm is involved with, staking claims along Northwest 36th Street.

Ms. Escarra told Miami Today she is proud her firm, Greenberg Traurig, is assisting on these key projects bringing new economic development to the city.