Advertisement
The Newspaper for the Future of Miami
Connect with us:
Front Page » Government » Miami International Airport and PortMiami booming 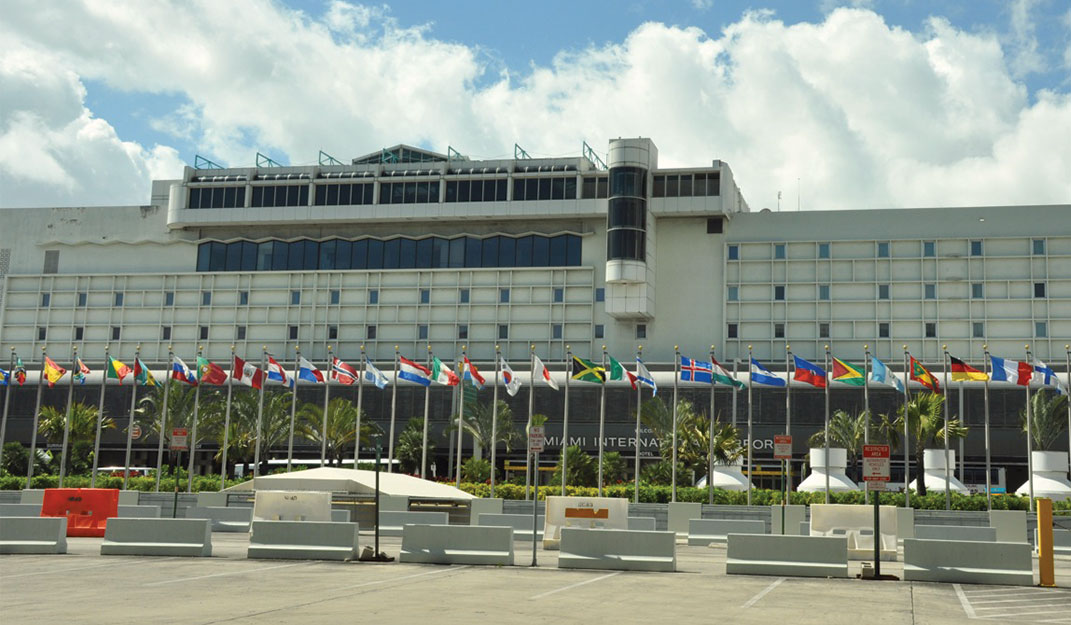 Miami International Airport and PortMiami are booming as Miami’s most important economic engines and tools in positioning the area as a gateway to the Americas, Bill Johnson, Florida secretary of commerce and president & CEO of Enterprise Florida, told the Greater Miami Chamber of Commerce’s International Business Leadership Summit last week.

“For international business interests, the future is here in Florida and it’s here today,” said Mr. Johnson, who resigned his post this week.

The airport has more carriers than any airport in the world, 100 as of September 2015.

“There’s more airlift out of this airport into points south than all the US airports combined on a daily basis,” Mr. Johnson said, speaking of the Caribbean and Central and South America.

The airport saw 44 million persons enplaned and deplaned in 2015, up 8.32% from 41 million in 2014. It was the largest passenger count growth in the airport’s history.

“It remains one of the busiest US airports in terms of freight. It’s been probably the top airport in the hemisphere in terms of air freight for the last 20 years,” Mr. Johnson said.

In a Miami-Dade Aviation Department report, the airport was listed as number three among US airports in total cargo, defined as freight and mail, with 2.2 million US tons. Memphis International Airport, which is the FedEx global hub, held the top spot and Louisville International Airport, UPS’s global hub, was second. That makes Miami’s third ranking even more impressive since the airport is not the worldwide hub of any global delivery service.

“Last year’s record exceeded the year before by over 2 million tons of cargo, and of course, this is despite slowing economies in key Latin American and European countries,” Mr. Johnson said. “[The airport’s] international network continues to grow.”

“The airport welcomes new carriers. [There was] new service to Austria, Turkey [and] Colombia just last year alone. This year, a German carrier will… [have] daily service to Cologne. Starting in May, Scandinavian Airlines will launch first-ever service to Copenhagen.”

Mr. Johnson commended aviation Director Emilio González for strong leadership and efforts to making the airport thrive as the community’s No. 1 economic engine.

Mr. Johnson should understand those efforts well. As a Miami-Dade County executive he was at lone time interim director of Miami International Airport. Later he directed PortMiami.

The US Chamber of Commerce recently listed PortMiami as one of the top fastest-growing ports in the nation, said Mr. Johnson. “Last year, cargo TEU’s were up 8%… that’s a big number.”

“Of course, our seaport is the second largest economic engine in our community,” Mr. Johnson said. The port started 2016 strong, reporting cargo traffic up 20% in January alone. This equaled hundreds of millions of wealth, he said, and the creation of many high-paying jobs.

Increased cargo traffic is credited to larger vessels now able to enter the port after deepening its main channel in anticipation of the Panama Canal’s expansion. The state has invested $1.4 billion in improving the port’s infrastructure.

“You’ve got the most modern port, not only in Florida – and Florida has 15 seaports, more than any state in the US – [but] one of the most modern ports on the East Coast of America, and of course it has some of the best infrastructure anywhere. So obviously we’re pleased. This port, finally, is beating ports like [the Port of Charleston], so [it’s] beating out major competitors in the Southeast,” Mr. Johnson said.

A US Army Corp of Engineers report shows that PortMiami is the only Eastern seaboard port south of Virginia to have the same accommodating deep waters.

The port has also invested in a Florida East Coast Railway on-port rail facility to provide the port direct access to the railway network and its intermodal terminals, which provide distribution, transloading and warehousing along the East Coast. The approximately $50 million project is funded through a four-way partnership among the US Department of Transportation, providing $22.767 million; the Florida Department of Transportation and the Florida East Coast Railway, each providing $10.9 million; and PortMiami, providing $4.8 million.

“Rail service from that port can reach over 70% of the entire US population in one to four days,” Mr. Johnson said. The railway also serves Port Everglades and the Port of Palm Beach.

“That’s resonating around the world. We will save you time and money here in Florida,” Mr. Johnson said, “in the transshipment business and in the movement of product.”

The Panama Canal is to open in late June, he said, and that bodes well for all of Florida but in particular South Florida.

“A deeper canal means market share shifting from the West Coast of the US to the East Coast, which is exactly what we planned for,” and in 2006 when the plan was to wait until the Panama Canal expansion was finished, Mr. Johnson said, “the leadership of this community said no… and invested billions and billions and billions… into the infrastructure of the airport and the port, making our airport and seaport some of the best in our nation.

“Port Everglades is booming [and] growing. All of our Florida ports are doing well. All 15 [of them],” he said, with billions being invested in airports in Tampa and Orlando.