Advertisement
The Newspaper for the Future of Miami
Connect with us:
Front Page » Business & Finance » Latin Builders Association school to graduate first class 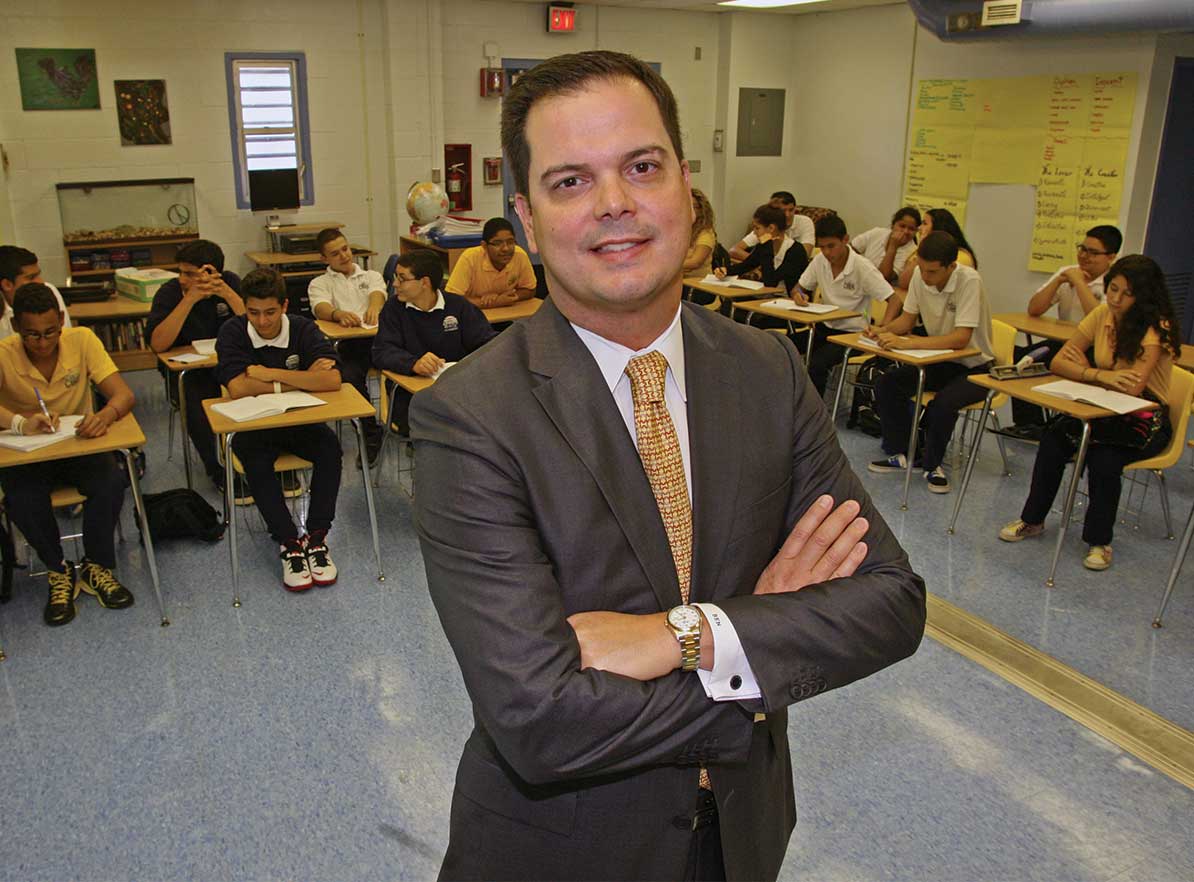 Over the past four years, watching students progress through the Latin Builders Association Construction & Business Management Academy Charter High School in Hialeah Gardens has been “like watching a baby grow up,” said Bernie Navarro, board chair of the school, which is set to graduate its first class.

“We wanted to give back to the community, so by starting our own charter school we are educating the next group of leaders,” said Mr. Navarro, who is past president of the Latin Builders Association and founder and president of Benworth Capital Partners, a Coral Gables real estate investment company.

Of 40 students in the first graduating class, 10 have been accepted to an accelerated program at Miami Dade College, which aims to prepare them to attend a top-tier college of their choice.

The academy, which focuses on construction management, is the first known charter school in the US to have a business association as its partner.

About 200 students take core high school courses and focus on one of three tracks: business, marketing or entrepreneurship for real estate companies. A similar school is now being set up in Iowa. “We’re their model,” Mr. Navarro said.

When the association first came up with the idea, members approached two companies that run charter schools locally and were told the launch would take four to five years. “We didn’t have that kind of time,” Mr. Navarro said, so he approached Alberto Carvalho, Miami-Dade Schools superintendent, with the idea. The school was up and running in a matter of months in a surplus building the school system owned.

It is a Title I school with 93% of students receiving free lunch because of economic need, “but these kids are ready to take on the world,” Mr. Navarro said. “They have a hunger to get ahead.”

In addition to educating them, the association provides ample networking opportunities, including trips to Florida International University and to the association’s monthly luncheons. “It’s taken me a lifetime to be exposed to the type of people they meet,” Mr. Navarro said. “Presidents of major companies walk through these halls. Our students have to be ready to meet this community.”

Also in the works: a parallel vocational school that will prepare students for the trades. “We are on the management side, but there will be no stigma attached to the vocational side. It will all be under one roof, in one campus,” Mr. Navarro said.

The trade school is about two years out, said Alex Lastra, senior managing director of Atlantic/Pacific Development and current Latin Builders Association president. Details are still being worked out with Miami-Dade Public Schools, but the demand is there, he said. “We haven’t implemented it yet, because you don’t want to rush into this.”

Miami-Dade Schools used to have a program like this and doesn’t anymore, “so we think there’s a gap,” he said, in schools that educate carpenters, electricians, plumbers and the like.

Whenever there is a boom, a labor shortage isn’t far behind, he added. “A lot of people think the trades are not glamorous, so they don’t want to get involved. But these subcontractors do very well, and wages are sometimes better than for white-collar jobs. We want to expose students to the potential.”

The eventual plan is to relocate the builders association’s headquarters to the school – probably in a facility the association will build – to maximize networking opportunities. “We think our members will provide mentoring and internships”” Mr. Lastra said. “That’s the intent of having it all on one campus.

“We were founded for job creation,” he said, “and we want this to be a job-creating machine.”