Advertisement
The Newspaper for the Future of Miami
Connect with us:
Front Page » Transportation » Federal transit funds are ripe for the taking

Federal transit funds are ripe for the taking 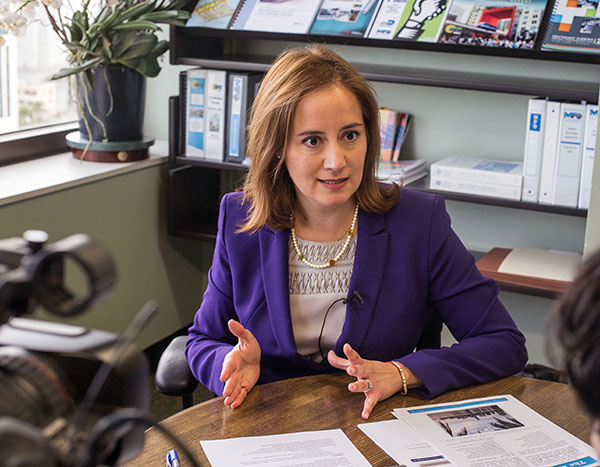 There are federal transit funds ripe for the taking right now, Aileen Bouclé, executive director of the Miami-Dade Metropolitan Planning Organization, has told two professional organizations in the past two weeks. But, she warned, the only way to get them is to have the groundwork laid.

“The federal government takes back funds from the states that didn’t use them” within a given time frame, she told a meeting of the Latin Builders Association March 16. “Then the government says, “Hey, states, what do you have that can move forward right now?’ If we had the environmental documents ready, we could aggressively pursue those funds.”

Environmental studies, a strict government requirement, can take months or years to complete, but the county could move forward concurrently with several studies in hopes that at least one project is ready when funds suddenly become available, she said.

“When states receive funds but are not able to move their projects forward, those funds come back for any state to pursue, and that is happening right now,” Ms. Bouclé told the Chamber South business organization March 23. “We can pursue them, but must have the ecological documents in shape.” It also helps to have the local and state funding matches in place, she told the group.

The returned money is far from the only federal funding available, she said. For fiscal 2017, $1.4 billion has been set aside for 10 New Starts projects for mass transit. Competition is stiff from cities including Los Angeles, San Francisco, San Jose, Boston, Charleston and Denver. “These New Starts dollar go above and beyond the population funding” that states normally receive, she explained.

Another $950 million has been pledged for seven New Starts projects in Los Angeles, San Diego, Santa Ana and other cities on which construction has not yet started. That is money that could conceivably come back into play if construction doesn’t begin on time.

“You will notice some repetition on the lists,” Ms. Bouclé told the Chamber South group. “Some cities are very good at getting federal funds. Great for them! But if they can do it, we can do it too.”

2 Responses to Federal transit funds are ripe for the taking