Advertisement
The Newspaper for the Future of Miami
Connect with us:
Front Page » Opinion » Seaport land conflict exposes flaw in government structure

Conflict over mostly-bare land that is vital to PortMiami’s future has also laid bare a hidden flaw in county government’s structure.

The vacant port corner is a political football. It has multiple potential uses, some of which conflict with port needs. It has been touted as a soccer mecca, a mixed-use development site, an aviation fuel depot and more.

County commissioners, some of whom champion uses for the site, voted last fall to require Mayor Carlos Gimenez to solicit proposals for rapid development. But he missed the deadline and then said he’d told Port Director Juan Kuryla to survey everyone involved at the port on needs for the land and he’d be back in April with findings.

That led two weeks ago to commission cries of stalling. Some commissioners are livid that the mayor hasn’t followed their orders.

That conflict exposes a flaw in structure, because the mayor must juggle two jobs. He is elected chief executive who is the county’s overarching leader, but he’s also the impartial manager of staff, responsible to both the executive branch – that is, to himself – and to the commission, which sets policies.

That forced combination of elected chief executive and technocratic administrator who merely carries out policies that others establish flew apart at the seaport.

The mayor is between a rock and a hard place. He must meet the 522-acre seaport’s vital future needs as one of the county’s two main economic engines. His port director is pleading for more scarce cruise ship berths and predicts port cargo will double within a decade. 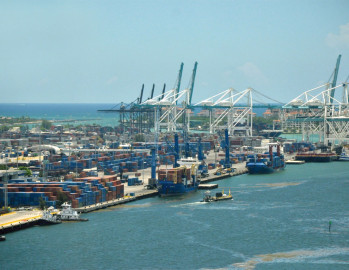 As both chief executive of the county and manager of its operations, Mr. Gimenez must target the best use of the port land to maximize total benefits.

But as manager of county operations, the mayor must also carry out the commission’s wishes, and commissioners are hot to lease that port land to someone right now for a high figure. They don’t want to wait for Mr. Kuryla to talk with port users to decide what to do.

The mayor and the port director are 100% right. They need to find the highest and best uses of land that might involve complex shuffling of uses at the port, the kind of revamp a legislative body can’t undertake. That’s an administrative and executive role.

On the other hand, irritated commissioners are also right. They ordered the administration to act on port land and their order wasn’t followed. That hasty order was ill-advised and potentially wasteful but an impartial bureaucracy still must obey.

That’s the bind: the mayor as chief executive made a good call to scope out needs for the good of all, the commission as legislating body made its own call to move ahead without input, and the mayor in his role as manager rather than chief executive is required to do what the legislature orders.

Our county’s structure created this conflict. The mayor has two roles that can pull in opposite directions.

That system worked. We had some great managers, some not so good, but the county always functioned.

Then in 2006, when the commission was in disrepute, Mayor Carlos Alvarez said he couldn’t achieve much unless he was both mayor and manager. In January 2007 voters agreed. After that the manager’s office reported directly to the mayor and Mr. Alvarez still didn’t achieve much.

But government had changed, and the conflict as the elected mayor and the appointed manager became the same person remains.

So today we have the anomaly that a mayor who knows that the seaport needs land so sorely that space must be rationed is being ordered, when wearing his manager’s hat, to get rid of that land pronto to the highest bidder, regardless of a fit with port needs.

As chief executive, if Mr. Gimenez heeds the commission’s hurry-up demand he’s irresponsible. As manager, if he impedes the commission’s orders he’s an obstructionist. He can’t simultaneously perform both roles well.

Yes, commissioners, you’re correct: the mayor as administrator isn’t doing right by your order. The order is just plain wrong, but you have every right to expect it to be followed nonetheless.

On the other hand, the mayor is doing everything right as elected chief executive in trying to safeguard and strengthen a vital economic engine.

If commissioners and voters find this conflicting combination of manager and mayor as distasteful as we do, we would welcome a ballot question to return the structure to its old form, when an impartial manager made government’s nuts and bolts work regardless of political or policy conflicts.

Until then, expect more sand in the gears of government.