Advertisement
The Newspaper for the Future of Miami
Connect with us:
Front Page » Real Estate » 96% retail space occupancy tops Florida 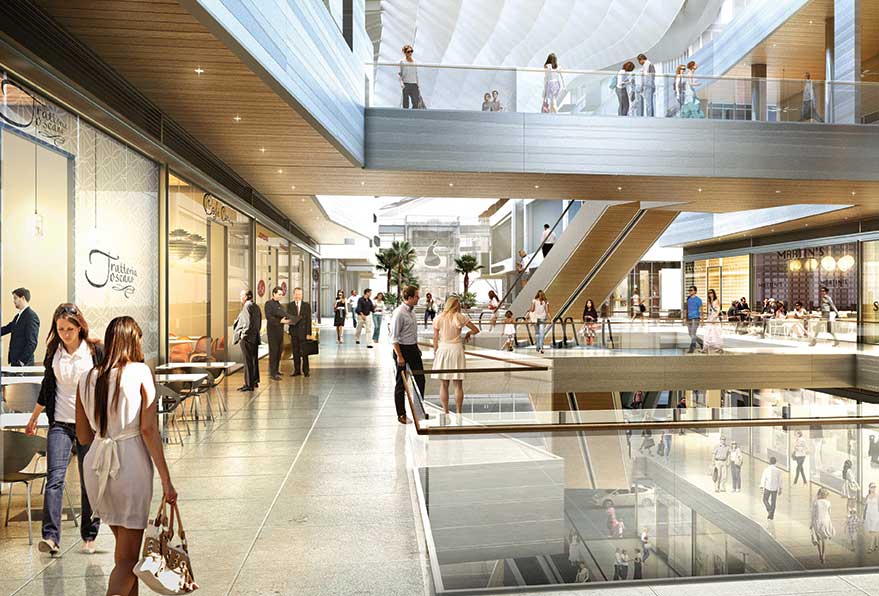 A booming economy, lack of space and considerable barriers to entry have made retail space tight throughout Miami-Dade County, observers say.

“Miami’s job growth is continuing, with an unemployment rate of 6%, a 17.8% increase year-over year,” said the 2015 ICSC Florida Retail Report compiled by JLL. “Employment is supported by the diverse local economy which is expanding at rapid speeds. Currently there are about 27.3 million square feet of office, hospitality, retail and multi-family product under construction contributing to increased economic growth. Miami leads the state in retail performance with the highest occupancy rate, at about 96%, some of the lowest vacancy rates in the nation, at about 4% and the roughly 1.3 million square feet of retail product under construction.”

Vacancies are about 5% in the county’s hottest retail neighborhoods, which include the Aventura, Dadeland and Coral Gables areas, as well as in Miami Beach and Doral, said Rod L. Castan, president of leasing and management services for the Courtelis Company.

There is especially strong demand for high-visibility, ground-floor spaces of 2,000 to 4,000 square feet, targeted by fast-casual restaurant chains like Chipotle, Moe’s, Panera Bread and the like, he added. “Millennials are driving a lot of the demand for quality offerings. People have less time and are more on the go,” he explained.

Wynwood and downtown are seeing a raft of high-end clothing and accessory stores, and Miami Worldcenter announced recently it’s shifting its retail component from a mall to exterior stores.

“That’s a product of the residential development in Brickell, downtown and Coconut Grove,” Mr. Castan said. “There’s more demand for unique and high-fashion concepts in apparel. It’s working well in the Design District, where quality marquee brands are moving in.”

He predicted retail will surge in Doral, which already has easy access to Dolphin Mall and Miami International Mall. “There are thousands of new rooftops going up, and a major lifestyle project,” he said, referring to CityPlace Doral, a joint project of the Related Group and the Shoma Group, which will house retail, restaurants, a gourmet grocery, movie theater and other uses.

A reflect of consumers’ desire for unique and better products is the entry of Wawa into Southeast Florida, where the combination gas station and convenience store is to open 20 to 30 new units soon. “It offers a better quality of food, and has an almost cult-like following,” Mr. Castan said. “The Wawa rollout will take a lot of corners.”

Retail is booming, particularly in Brickell, and it will only get better with the opening of Brickell City Centre, said Scott Sheron, a retail broker for JLL. “The restaurant sector is very active, from fast-casual to fine dining,” which is a reflection of the population boom in Brickell and downtown. “There’s been tremendous residential growth over the past three years, and also growth in the number of daytime workers, business travelers and overnight guests.”

That’s driving rents up, he said, particularly in Brickell, where buildings have not traditionally featured walk-up retail space. Downtown, landlords are achieving maximum rates for top-quality ground-floor retail, he said.

Though Brickell is now plagued by seemingly insurmountable traffic problems, the situation will improve when Brickell City Centre opens, bringing 2,000 parking spaces to the area, Mr. Sheron predicted. “That will take a lot of cars off the road and free up space, keep rents on the rise and retailers and restaurateurs looking for opportunities.”

On Lincoln Road in Miami Beach, skyrocketing rates have some observers sitting on the sidelines, he said. Retail space for lease can fetch $400 per square foot, and sales prices for buildings have been recorded at $6,000 per square foot, which requires intense revenue generation to justify the tenant’s occupying that space.

“This trend has forced out some restaurants,” Mr. Sheron said, citing the demise of the Van Dyke Café, which was replaced by a Lululemon store. “The Van Dyke Café was a long-term tenant, and a wonderful café.”