Advertisement
The Newspaper for the Future of Miami
Connect with us:
Front Page » Top Stories » PortMiami has another deal with cruise industry giant

PortMiami has another deal with cruise industry giant 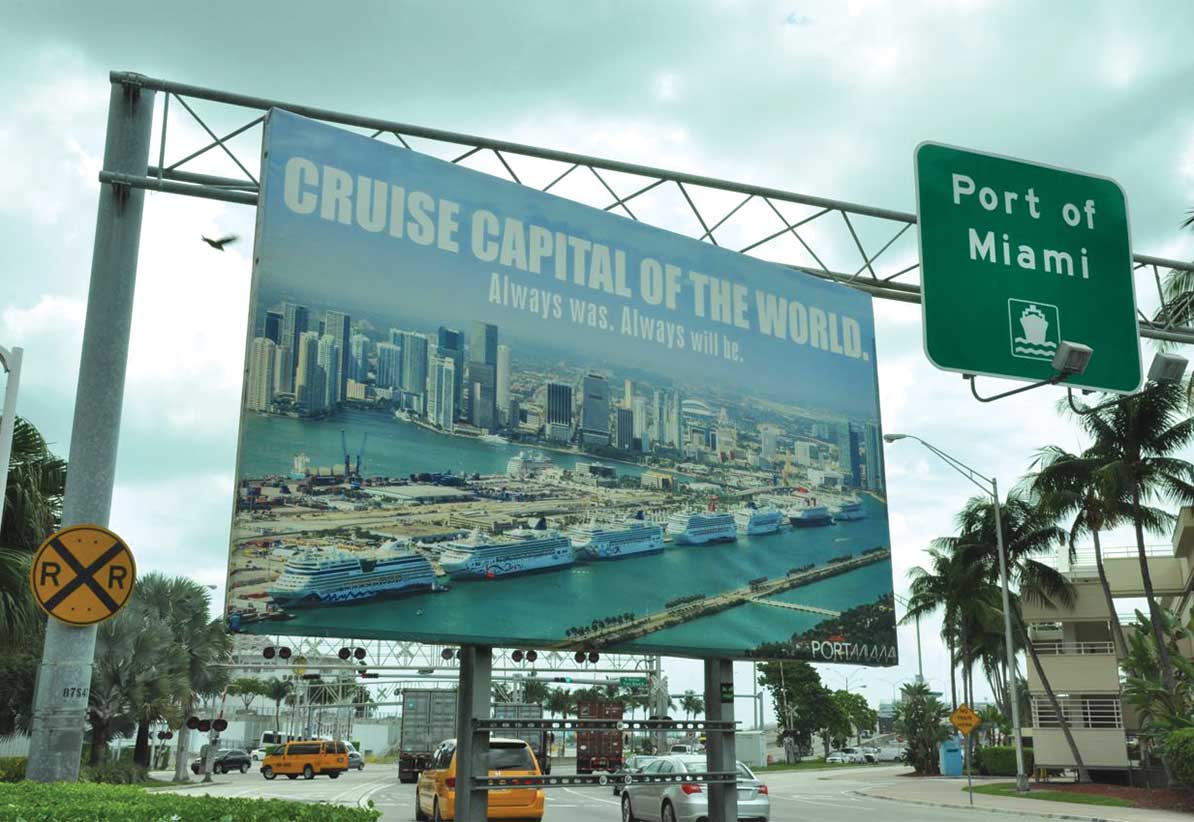 As PortMiami wraps up a trailblazing contract for one cruise line to build a terminal that could add 1 million passengers a year at the port, it’s preparing to unveil a parallel deal with another cruise industry giant to build its own facility next door and add another million passengers.

With the port poised to reach a record 5 million passengers this year, the two separate public-private partnerships may well bring passengers to 7 million as early as 2020, said Port Director & CEO Juan M. Kuryla.

Those gains are huge. As recently as 2013 PortMiami cruise traffic was just a hair over 4 million, and in 2014 it hit 4.8 million.

The jump from 5 million to 6 million passengers after Royal Caribbean Cruises and the county finish a deal for the line to fund, build, operate and maintain its own new cruise terminal, Terminal A, will have an estimated $1 billion annual impact on the county’s economy, Mr. Kuryla said.

Following immediately behind it, he said, is a similar deal not yet unveiled for a Terminal AA with another cruise industry giant that, like Royal Caribbean, already has substantial operations at the seaport. He would not name the other potential terminal developer, but Miami-based Carnival Cruise Line would be a logical candidate. That development too should be in the $1 billion impact range.

All cruise lines now use facilities that the port finances, builds, operates and maintains. These two public-private developments would reverse the long-standing pattern.

“We have never done something like that here in Miami,” Mr. Kuryla said.

Such berths are badly needed, because the cruise industry is booming, Mr. Kuryla said. “We are looking for cruise berths like crazy.”