Advertisement
The Newspaper for the Future of Miami
Connect with us:
Front Page » Opinion » Pivotal university presidents bequeathed valuable lessons

It’s teamwork – not one person, however visionary or charismatic – that advances an organization. But it’s the leader who sets the tone, charts the team’s mission and guides it along a roadmap to achievement.

In the academic realm, Miami has just lost two great leaders, university presidents who achieved breakthroughs without which neither the University of Miami nor Florida International University would have achieved its current stature.

Both the late Gregory Baker Wolfe, third president of Florida International University, and the late Edward Thaddeus Foote II, fourth president of the University of Miami who spent 20 years at its helm, have had two successors who built on their gains. Institutions are not static. 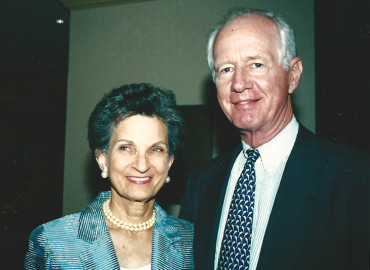 But our community should reflect on the achievements of Dr. Foote, who died last week, and Dr. Wolfe, who died two months earlier, both because educational gains deserve respectful focus and because lessons of their leadership can help shape the future of both of their institutions and the entire community. There is value in reflection.

Both men in stature and deeds substantially strengthened the reputations as well as the achievements of their universities.

When Tad Foote came in 1981 from Washington University in St. Louis the University of Miami was derisively called Suntan U, where wealthy out-of-town students studied such phantom subjects as underwater basket-weaving – derision that was neither fair nor correct but was widespread. When Dr. Foote left, academic standards were far higher and the memory of Suntan U was buried. 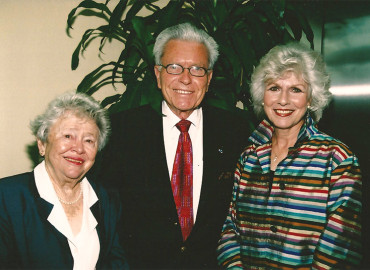 When Greg Wolfe arrived in 1979 Florida International University was little-known and very new, with only third and fourth year students – the first two years were spent at what then was Miami-Dade Community College. When he returned to full-time teaching seven years later his university was a full four-year institution with more colleges and graduate programs as well.

These two presidents, though very different, both arrived with passions for excellence. They were gentlemen who bore themselves as leaders – it was unmistakable – but without pretenses. Rank may have its privileges, but neither seemed privileged.

Tad Foote would have unannounced lunch visits in the campus dining hall with faculty who had open opportunity to question or complain, recalls David Lieberman, who as senior vice president for business and finance worked closely with the president. After lunch, Dr. Foote would walk around Lake Osceola to solve the day’s problems.

Greg Wolfe, a serious and thoughtful man, never took himself too seriously. He might show up at a social event or entertain distinguished visitors in the backyard of his Biscayne Point waterfront home in a kaftan rather than his business suit.

Of decisions Tad Foote made and carried through, the one that affected the university most was his early move to shrink entering classes, cutting back 2,500 students and costing the UM $30 million in tuition. Each entering class became far better as he leveraged up entry-level SAT scores by being more selective. He chose quality over quantity, and then maintained the higher quality levels.

Greg Wolfe, also no supporter of university growth in numbers rather than quality, had less time to implant his vision on FIU. He brought an international outlook of a former intelligence analyst for the US State Department while himself establishing the toughest freshman admission standards of any Florida public university.

Suddenly, Suntan U and a university born in the 1970s that ranked far behind other state public schools had together put academics ahead of merely growth. In both instances, it worked.

It’s true that a student who is already well prepared can get a good education at any university with effort and good fortune. But these two presidents in Miami made a quality education far more universal.

Both presidents also focused on building university reputations in classrooms, not athletic fields. Tad Foote had a major football program that often, via scandals, was on his hands, but it came with the territory rather than as a passion, a necessary evil. For Greg Wolfe, without major athletics in his way, academics could rule. In recent years he outspokenly opposed college football because of the dangers of head injuries.

The presidents shared certain similarities. They were handsome, looked presidential, spoke well, created loyalties in staff – though in Dr. Wolfe’s case that was not universal – took active roles in the community during their tenures and after, and genuinely liked their community as they loved their university.

“We didn’t want to let him down, so we gave our best to everything we did,” Mr. Lieberman recalled of Dr. Foote. “In part, we trusted and respected and liked him… and he trusted us (once we earned it).”

Former Washington University law school dean Foote, Mr. Lieberman noted, created a first for any major university: a strategic plan that stated current and projected bottom lines for each school for five years and made the plans available to the public. “It was bold, and it conveyed a philosophy that there needed to be a rationale for budgets, for allocating resources.”

Dr. Wolfe, who brought government, consulting and academic backgrounds as a former president of Portland State University, seemed to cross lines among business, academia and global policy gurus while transforming a strictly local two-year school into an academically reputable institution.

Years after he left the presidency, he wrote a series of viewpoint articles for Miami Today that linked his many and varying interests. After a visit to Argentina in 2002 he noted this remarkable meeting:

“I was invited to breakfast with two leading Argentine bankers, the newly appointed head of the stock exchange and the director of a national foreign policy association. The conversation centered on what might be done to avert further deepening of the dire straits – of closed banks, cash-less ATM machines, unemployed wage-less workers, disinvestment, capital flight and probable further default on the international indebtedness.” That would be a complex discussion in which Greg Wolfe would have felt perfectly at home.

He would also have felt perfectly at home on a Paris trip where fine dining and not wage-less workers seemed to be front and center. He described those meals for our readers as fully as he described business-government policy discussions.

Tad Foote too was at home abroad. Always dressed in the tweedy mode of a former Yalie, he visited Britain’s Parliament with his wife Bosey with a Coral Gables Chamber of Commerce mission as they first asked penetrating questions of a leading MP with prime ministerial ambitions and then set off at a brisk pace alone for a London stroll.

Tad Foote did not confine his efforts to campus. He co-founded the community’s Alliance for Ethical Government and pushed to create and chaired an anti-drug community coalition.

Likewise, Greg Wolfe took community roles. When Northern Trust Bank and Miami Today created the Brickell Avenue Literary Society he became its first chairman. His connections lured in famed authors of every sort from around the globe. His erudite introductory remarks at those lunches became the society’s hallmark.

When they left their presidencies both Dr. Foote and Dr. Wolfe stayed with their universities.

Dr. Foote became the UM’s first and only chancellor, a goodwill role for a president loved by both the university’s board and its faculty. He also took on a teaching role for one semester in a course at Harvard’s graduate school of education.

Dr. Wolfe also returned to the classroom, for years teaching international relations based on the affairs of the day, with The New York Times as a casebook. He was never happier or more energized than when working with inquisitive students and faculty.

It was shortly after he become president that Dr. Foote went to a dinner to which predecessor Henry King Stanford returned from Georgia to celebrate UM finally getting a Phi Beta Kappa chapter, a gold star for a university.

Dr. Wolfe was made an honorary member of FIU’s Phi Beta Kappa chapter in April 2002. As Miami Today summarized his remarks to that group, he said:

“Phi Beta Kappa summons us to advance the liberal arts, to utilize the refinements and practices drawn from the humanities that can help our world harvest the fruits of our academic riches and intellectual freedoms, to advance the good life and social well being, not merely for ourselves but for all of humankind.”

One value of the study of liberal arts, he noted, was that “one can never quite be sure of just when you will need or just by accident find something you studied once upon a time useful, even essential to some challenge you are facing.”

So it is with these two former university presidents. We can never be sure just when we will find their achievements, on campus or off, relevant to higher education today in Miami. At some points we surely will, for thankfully they left us valuable –  and valued – lessons in quality.