Advertisement
The Newspaper for the Future of Miami
Connect with us:
Front Page » Communities » River Landing signs Publix, T.J.Maxx, Burlington 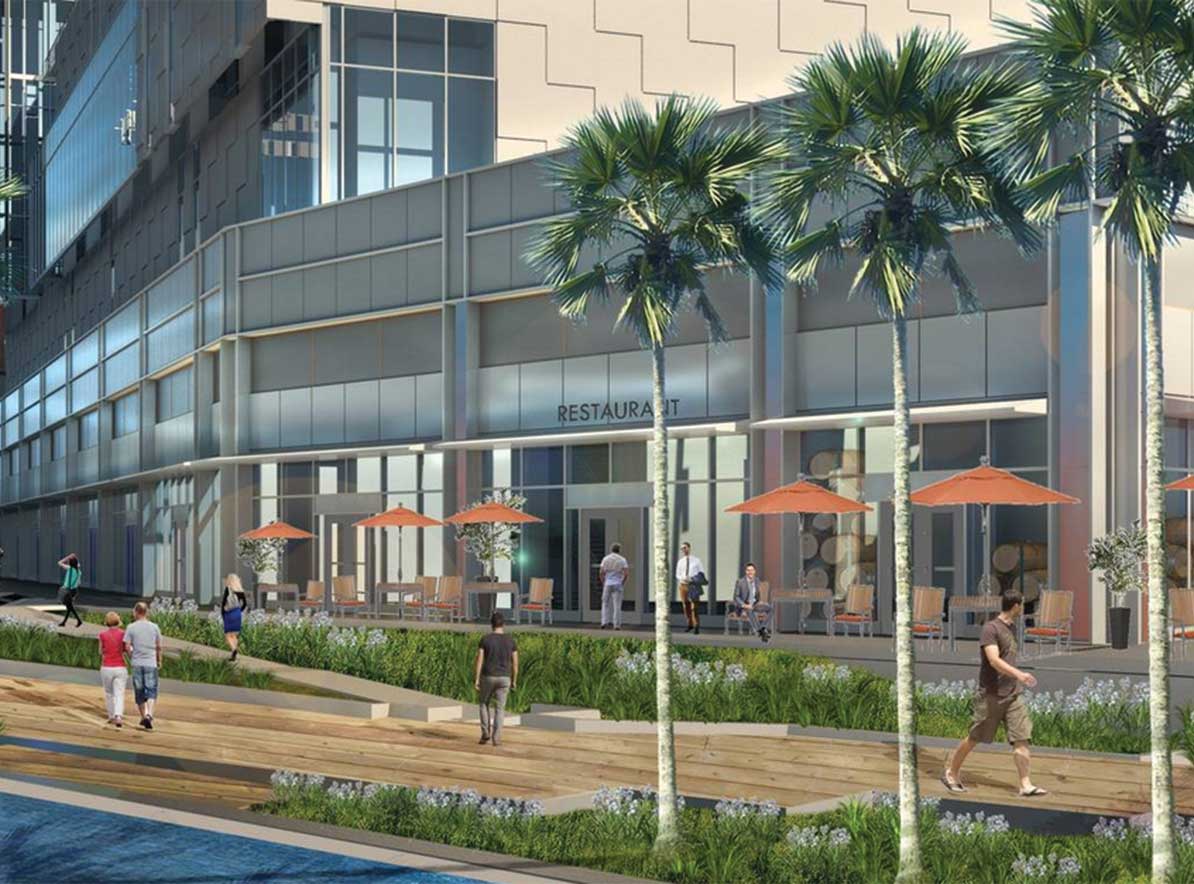 From the beginning, the plan for a large mixed-use development called River Landing Shops and Residences was to include a grocer for the area near Miami’s Health District.

Now developer Andrew Hellinger is pleased to have secured a lease with a major grocery chain, along with locking in two other anchor stores for the project.

The initial goal was to attract a food store to the project.

“That area of the city was in need of another grocer,” said Mr. Hellinger.

Founded in 1930 by the late George W. Jenkins in Winter Haven, Publix has grown from a single store into the largest employee-owned supermarket in the US with more than 1,100 stores across six states.

T.J.Maxx, established in 1977, bills itself as the nation’s largest off-price retailer, with more than 1,000 stores spanning 49 states and Puerto Rico.

Burlington (Burlington Coat Factory) is a national off-price retailer offering apparel and more at 546 stores in 45 states and Puerto Rico.

River Landing is planned for 1480 NW North River Drive on the Miami River. It’s to rise on the site of former Mahi Shrine Auditorium, which was demolished in 2014.

The 8.14-acre development is to include about 430,000 square feet of retail and restaurants, about 475 market-rate apartments in two towers, and parking for about 2,200 vehicles.

It will also include a new riverfront park, thanks to an agreement between the developer and Miami-Dade County government.

Asked when construction is expected to begin, Mr. Hellinger said he’d like to say soon but he did not have a solid date.

“We’ve got to button up our construction loan so we can do that,” he said. “We’re working towards that now.”

Mr. Hellinger has said that River Landing will be a catalyst for urban renewal in the Health District.

“It will help fill the district’s gap and demand for shops, restaurants and market-rate apartments,” he said.

In March 2015, the developer was awarded $7.5 million from the county from an economic development fund. The developer requested the funds as reimbursement for infrastructure costs. In order to collect the funds, the developer must complete the project and prove jobs have been created.

As part of his application for county funds, Mr. Hellinger’s company detailed economic impact projections affecting the Health District neighborhood and beyond.

“When River Landing is completed, the households occupying the proposed rental units and workers at the project during their work day will spend approximately $10.1 million annually in retail and food and beverage establishments,” the application stated.

It’s anticipated that at least 85% of these expenditures will be within the City of Miami.

“When completed a total of 980 workers will be employed at River Landing inclusive of retail and food service workers as well as people involved in project leasing and operations, maintenance and parking,” the application said.

Economic impact to the area, the application said, includes about $15 million to the county and city in impact fees, water and sewer connection fees, building permits and other surcharges.