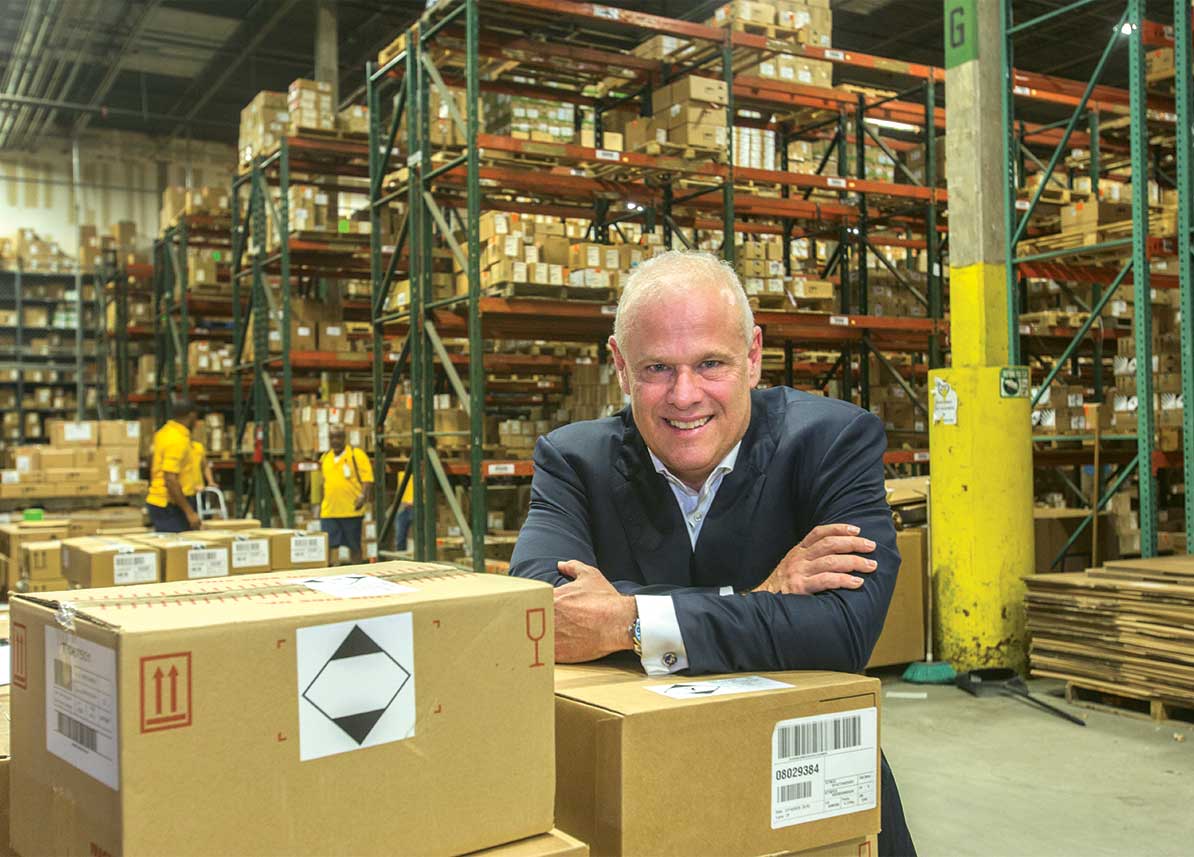 DFASS Group, a leader in duty-free retail, has renewed a 193,588-square-foot lease at Aventura Industrial Center for just over seven years, one of the biggest industrial real estate deals in the county over the past year.

The company’s name is an acronym for Duty Free Air & Ship Supply.

“This was one of the largest industrial leases in Miami-Dade County in 2015,” said Jonathan Kingsley, executive vice president at Colliers International South Florida.

Mr. Kingsley said DFASS is by far the larger of two tenants in the industrial complex, occupying about two-thirds of an original building and all of a second structure that was purpose-built for the duty-free retailer in 2011.

According to DFASS Chairman & CEO Benny Klepach, who founded the company in 1987, his business has maintained its headquarters in Aventura Industrial Center for nearly 10 years.

“We are distributors of duty-free luxury goods,” he said, “and this is our central distribution center. We converted the space into a Free Trade Zone. We’re right next to the turnpike and the expressway, so it’s a good location for us.

“We also have about 400,000 square feet at the airport and in Miami Gardens.”

From its beginnings in Latin America and the Caribbean, Mr. Klepach said, DFASS has grown to become the world’s largest in-flight concessions company, with more than 600 full-time employees staffing operations Asia, Africa, the Middle East and Europe as well as the Americas.

“We service a lot of mom-and-pop duty-free shops as well as the bigger ones,” he said. “We also operate duty-free stores in Chicago, Newark, Orlando, Fort Lauderdale and Dallas. All combined, we have 84 retail operations worldwide.”

DFASS has satellite hubs in Singapore, Panama and several Middle East locations as well as Miami, Mr. Klepach said. In January of this year, DFASS Singapore formed a 50-50 joint-venture with SATS, which provides airport gateway and in-flight services to the aviation industry and has a presence at 43 airports and 11 countries across Asia and the Middle East.

The new entity is known as DFASS-SATS.